“I don’t lose faith or hope in life or in anyone. I think the day I do either, I will flatline,” says Kirthi Jayakumar whose sense of faith and idealism took root early in life. 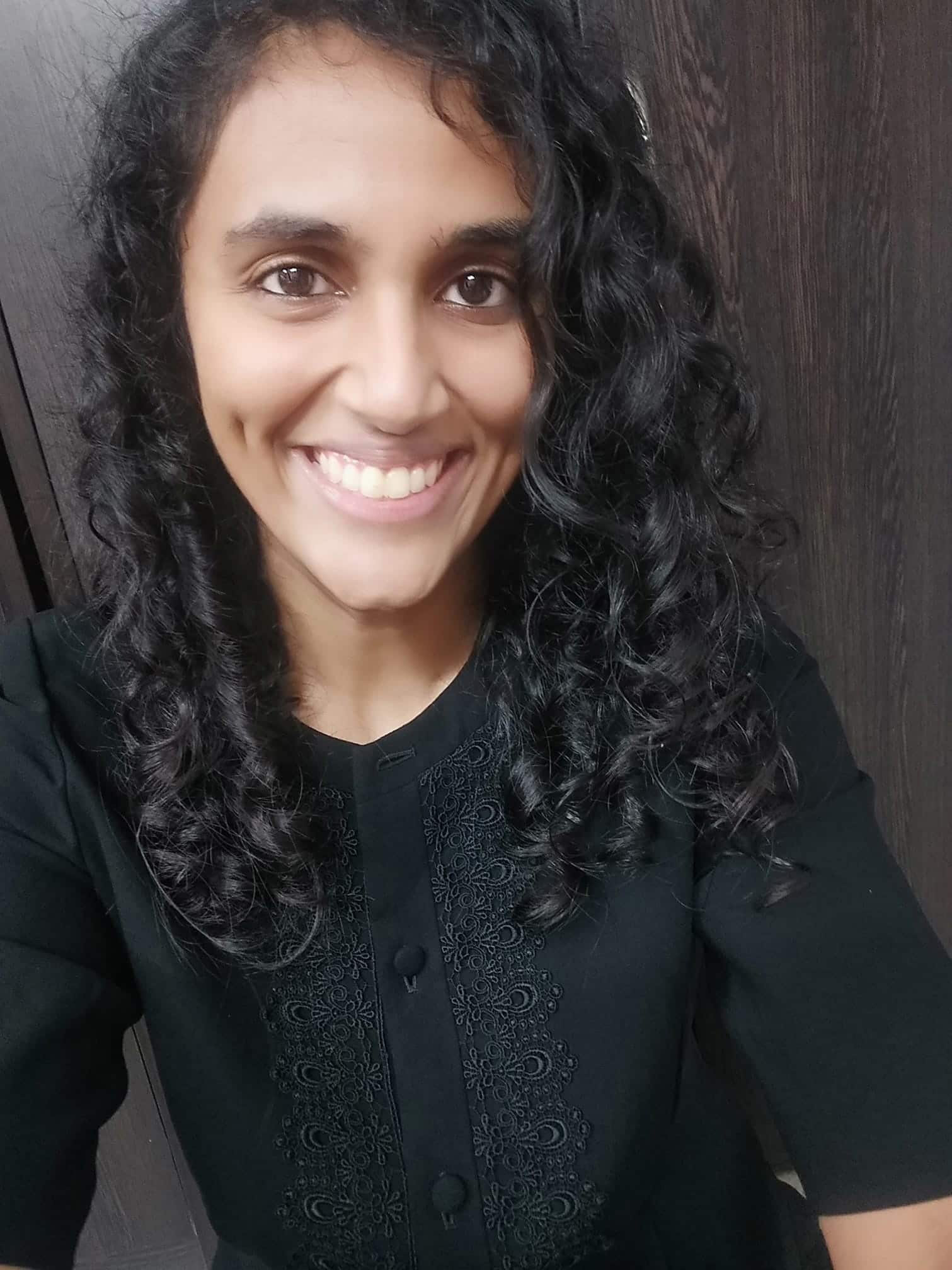 The award-winning peace educator, lawyer and author used these very qualities as the force to launch the Red Elephant Foundation, which uses storytelling to promote gender equality and civilian peacebuilding, and the Gender Security Project, a think tank working at the intersection of gender, security, justice and peace. She is also the creator of Saahas, an app offering support for survivors of gender-based violence in 196 countries.

Kirthi was in the first grade when her mother tried to get her daughter to understand the rules of subtraction. “If I have five apples, and you take away two, how many do you have?” her mother asked her. Little Kirthi responded with, “Zero.” Perplexed, her mother asked again. But Kirthi only repeated the same thing. Frustrated, her mother gave up and asked, “How is it zero, Kirthi? You took two.” Kirthi’s logic was simple and telling. “But you’ll start crying if I take away two from you. You will be sad, then I’ll be sad, and that’s not good, so I will give them back to you.”

For Kirthi, that moment is symbolic of her approach to life. She imported what she terms that ‘idealistic’ mindset into adulthood. “I was an idealist as a child, dreaming of a world where we would all sing songs, eat muffins and be together without fighting. I try to hold onto that little girl’s ideas even today,” says Kirthi.

Her experiences made Kirthi grow up wanting to study medicine so that she could ‘help people.’ But then she realised that she could do that with development too. Born in Bengaluru, Kirthi moved to Chennai to study law, after which she worked in the corporate sector and at litigation.

“But something about the system had me running out, kicking and screaming,” she says. “It got me thinking that many cases that sat warming the benches in the judiciary could have been addressed had the people involved been aware of their rights at the inception.”

That led her to volunteer with the UN Online Volunteering System and other organisations in Chennai, as well as freelancing with legal publications and journals.

“With time, I gained some understanding of the way things worked and realised that one of the most common narratives in the journey remained tied to the gender quotient,” she says.

“If I worked with communities on awareness on their right to public health, I noticed that women were kept out of it, or with communities on their right to clean water, I noticed that women had little or no access. It was similar for food, education, healthcare, infrastructure, jobs… That was when it hit me: there’s so much sitting on one domino: gender inequality. If we knocked it, this enormous global burden of inequality could just be knocked out.” Kirthi went on to do her Master’s in sustainable peace in a contemporary world from UPeace, Costa Rica, and a second Master’s in peace and conflict studies from Coventry University on a Commonwealth Scholarship.

Both the Red Elephant Foundation and the Gender Security Project seek to reimagine a world built on the foundations of positive peace, equality, and justice. These are courageous initiatives in a world that needs that little girl’s ideals more than ever.

But there’s a restless energy that runs through Kirthi – a feeling of not having done enough still.

“Truth be told, I don’t have courage. I have a lot of foolishness and a sense of random urgency – both of which really just feel like explosive energy with little to no direction – sometimes I wake up in the morning with no plan whatsoever and other times I wake up wondering what I should do to show up. I’ve noticed one thing remains steadfast, which is the constant feeling of not being deserving enough to be on the planet. I was very young when I read a quote by Muhammad Ali, about how, ‘Service to others is the rent you pay for your room here on earth’. This remains in my mind to date. I feel the urge to constantly pay that rent in one way or another, and this was fomented by the understanding that my place on the planet is one of unearned privilege.”

That energy is visible in her writing and Zen doodling too. An author of several books, her search for peace led to her writing The Doodler of Dimashq (2017), set in a war-ravaged Syria, whose tortured history drew her to write a story of healing and hope from the wreckage of that pain. 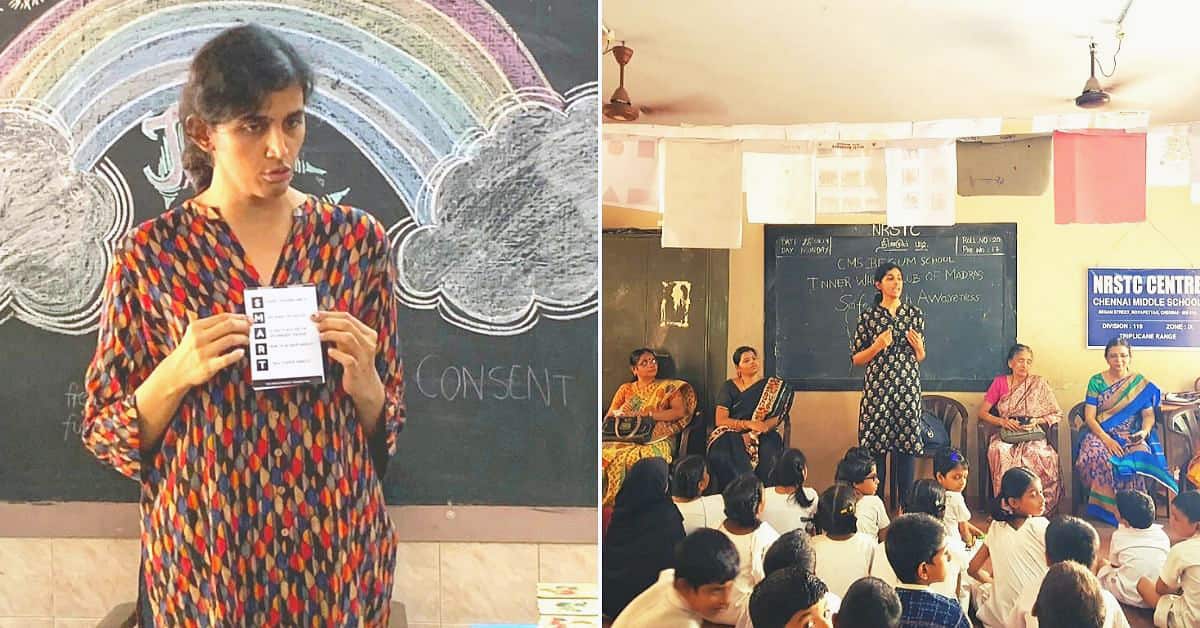 Kirthi’s 2015 book, The Dove’s Lament, was similar in its vision – an anthology of stories weaving the human side of conflict with breathtaking compassion and vulnerability – and made it to the final shortlist for the Muse India Young Writers’ Literary Award.

In 2012, Kirthi received the US Presidential Services Medal for her services as a volunteer to the NGO Delta Women. She is a two-time recipient of the UN Online Volunteer of the Year Award (2012 and 2013); the recipient of the Global Peace Prize 2016 from WeSchool, and the Rising Star of India Award (2016) from We The City India. She is also a World Pulse Impact Leader.

Yet, the feminist researcher is aware that her work has only just begun, that she has to carry forward this story of change. That idealistic child in her may still want the world to have muffins together. “I believe both gender equality and peace can come together to create a future that is sustainable. Without one, the other cannot exist,” she says.