BTS on hiatus: Why bands go on break and how that breaks superfans' hearts

Why news of BTS, K-Pop royalty, going on break sent the Internet into a panic last week, and is the future of entertainment and super-fandom is going to be any different?

After a week of wild speculation, it appears that BTS are, in fact, not breaking up. While the adults fretted over their investment portfolios with the Sensex in freefall, global panic ensued in another corner of the Internet after K-pop royalty BTS aired a pre-recorded dinner on June 14, the #BTS2022FESTA on their YouTube channel, to celebrate their ninth anniversary as a group. The 62-minute video opens with them sitting at a long table, feasting on noodles and shrimp, discussing their drinking rituals. There is something of the Last Supper vibe to the whole setup, but we’ll never know if this was incidental.

BTS discuss why they thought to release an anthology album (the three-disc Proof out earlier this month) at their ninth, not 10th, anniversary – something that has played on the minds of their fans, no doubt. About 15 minutes in, band leader RM announces that the lease for BTS’ rented home is up. They begin to get nostalgic about the good times and bad, the ribaldry and revelry of seven boys living and growing up in the same house. Then, the mood gets progressively sombre.

The overarching theme throughout this BTS vlog is growth, or the impossibility of it as long as the group remains in the spotlight. RM and SUGA reflect on the challenges of being artists and performers born out of the Korean idol system, living through a pandemic and adapting to global fame. SUGA alludes to burnout, explaining how earlier he had a lot to say but didn’t have the skills for it. Now he does and he’s all out. RM says he has a lot to say as an individual, but not much more as a group. Watching this, an elder millennial like me would likely feel a sense of Deja vu. It isn’t hard to imagine what the BTS ARMY must’ve felt.

Eventually, the word ‘hiatus’ appeared in the subtitles and it worked like tinder. Celebrity gossip sites began to speculate on the “real” reason BTS were disbanding. Internal dispute was conjured out of thin air. Music company HYBE’s stock plummeted. As worried fans poured into his DMs, RM issued a long and sentimental clarification: BTS wasn’t breaking up, they were just taking a small break to explore their individual craft. NBD.

BTS have done this before – in fact, it’s common practice in the K-Pop idol system for bands to take breaks. The rap group EXO is on one right now. And it stands to reason that BTS are dwelling on this possibility: Not only have they been at it as a group for nearly a decade, they’re all also approaching 30, at which age they will each begin their mandatory military service of 20 months (EXO’s Suho and Chen completed theirs earlier this year).

Still, as far as breaking the news of a ‘hiatus’ to their adoring fans goes, BTS’ candid, heartfelt chat – a chat they appeared to be having among themselves as much as with their fans – was worlds away from how this sort of thing has happened in the past.

When Zayn Malik exited the British pop band One Direction back in 2015, fans were notified via a Facebook post. One Direction, a product of X Factor auditions and the genius of its notoriously blunt jury member Simon Cowell, went on hiatus so everyone in the band could pursue solo projects. In retrospect, with Harry Styles becoming what he has, their fans must be grateful, but back then, the frenzy peaked when a certain Directioner threatened self-harm.

In 2002, *NSYNC announced their own hiatus at their peak, but promised it wasn’t the last of them. Yet, the years have trundled on, Justin Timberlake built out his solo career – and he’s still somewhat relevant – and they’ve yet to release new music as a group. Although, just this March, a cryptic post on the boy band’s Instagram page has teased a possible comeback. *NSYNC fans, now ostensibly in their 30s, are excited. 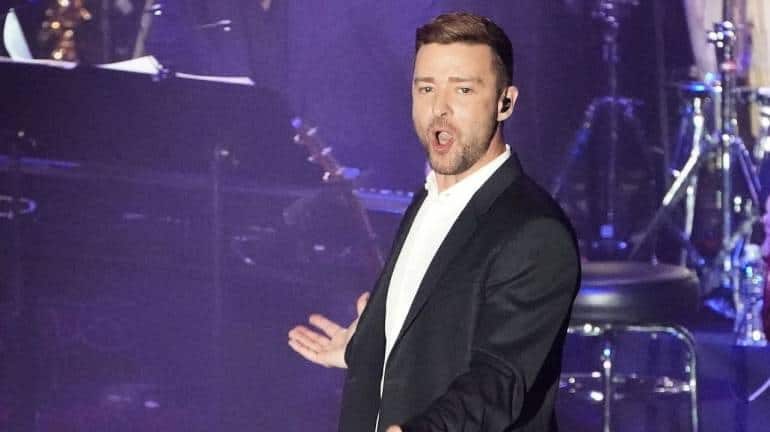 *NSYNC were conjured into being by ‘boy band mastermind’ Lou Pearlman, who has since been called out for embezzlement, sexual harassment and manipulation. Pearlman also created Backstreet Boys, the other boy band juggernaut of the 1990s, who’ve themselves been on a on-again off-again roller-coaster for decades.

Pearlman is possibly an extreme example of how the pop music industry in particular – where stars are invented, fame is manufactured and chart toppers are plated on an assembly line – is brutal. There’s a lot of truth to the things BTS talk about in the Festa vlog. Burnout, writer’s block, exhaustion, having to do things they never signed up for (speaking English for the band, for RM), loss of individuality – all of this resonates with how One Direction, *NSYNC; other great groups like Fifth Harmony, Spice Girls, Destiny’s Child; and closer home, VIVA and Sanam, have all processed and talked about their own parting-of-ways.

And for every pop group disbanding, there’s been a legion of fans that has felt abandoned. Heartbroken. Lost. Adolescence remains the breeding ground for pop music fandom, but with the Internet and social media, it has evolved into ‘standom’. No longer the preserve of screaming, fainting teenage girls – the stereotype of the superfan that has persisted since Beatlemania swept the world – fan groups like BTS’ ARMY, Beyonce’s Beyhive, Taylor Swift’s Swifties are cross-border, intersectional groups of fans who find community and purpose in their (often rabid) support of a celebrity.

As such, with this unprecedented ability to stay linked and mobilise in seconds, fandom has by nature intensified and become more competitive. “It all boils down to emotions, which is something we don’t take seriously enough in our culture,” says an expert quoted in a 2020 New York Times article. “When people are passionate about something to the point that they’re identifying with it, and it becomes part of who they are — whether it’s a political party, a political person or celebrity — they’re going to fight.” They’re also going to feel and mourn that loss harder.

But soon, perhaps they may not need to. In the case of BTS, pretty much all seven members have announced hype-worthy solo projects. Of course, the break is temporary (or so we’d all like to believe). But in 2021, BTS’ management company Big Hit Entertainment invested 4 billion KRW in a Korea-based Artificial Intelligence company Supertone. Supertone can clone voices of musicians, dead or alive, and make these available on demand – say, if BTS were too busy to record commercials, or indeed, new songs together.

The metaverse beckons. Who will be the digital stars that command battalions of fans? What shape will standom take in an all-virtual dimension? Will the pop-group hiatus be a thing of the past? The future of entertainment is likely a lot different from it is now; and the possibilities are endless.
Nidhi Gupta is a Mumbai-based freelance writer and editor.
Tags: #Beyonce’s Beyhive #BTS #BTS Army #BTS on break #culture #Entertainment #Fandom #Harry Styles #HYBE #Justin Timberlake #K-Pop #Lou Pearlman #music #N-Sync #one direction #superfan #Taylor Swift’s Swifties
first published: Jun 19, 2022 02:21 pm