UPCOMING EVENT:Know how Global Investing can be spread beyond the US markets by joining an engaging webinar on November 30, 11:30 a.m.
you are here: HomeNewsTrendsFeatures

Restaurateur A.D. Singh on the after-effects of lockdowns and restrictions, and on ending ties with star chefs and restaurant partners Manu Chandra and Chetan Rampal, and Chef Anahita Dhondy.

In an interview to Moneycontrol, Singh spoke about the challenges of the last 18 months, coming to the realisation that "dining out is woven into the fabric of everyone's lives", and what next for the Olive group and the restaurant industry in India. Edited excerpts:

Recent news of your partners Manu Chandra and Chetan Rampal quitting the Olive group has come as a surprise. Before this, Chef Anahita Dhondy had also moved out of the group. What has led to this exodus?

Both Manu and Chetan have been with the company for over 20 years. They were the pillars of the Olive group, and working with them has been a pleasure. For some years now, I have felt that Manu is one of the best chefs in the country because of his all-around strengths; he is an inspiration for people within the company and the industry. Chetan is one of the best operations’ men in India. For Olive Bar and Kitchen, it is a big loss.

Both turned 40 a year ago and have been re-evaluating their life. We have been in discussion about their future in the company, their concerns, and their aspirations. I think the pandemic shook them up. After a lot of discussion and debate, they decided to explore things outside the company’s fold. I wish them well and I am sure they will do well.

Anahita, too, has moved on to take on some independent ventures like the book on Parsi cuisine which she has just written (The Parsi Kitchen: A Memoir of Food and Family).

Read more: Navroz | What chefs eat at home and with their families on Parsi New Year

What is the roadmap for the Olive group? Will someone replace Manu Chandra, or will each restaurant have its own lead chef?

I am bullish about the future. The restaurant industry has evolved, and there are several good chefs across the country. Dining out represents a huge market. Increasingly, people are more curious. There is an entire generation of sophisticated diners, which is what restaurateurs like me have been waiting for. Our company is well poised for growth.

Though Manu is irreplaceable, other people will take on the mantle. We have a great management team, and we are offering them growth opportunities. We have asked Chef Irfan Pabaney, the country head of Sodabottleopenerwala, to guide Monkey Bar which is now opening after the second lockdowns. He is a very good chef and a supportive leader. I think that should help the brand to move on.

Looking back at Olive’s journey, what has the ride been like?

Like so many restaurateurs, I enjoy the business and am passionate about it. Though I have worked hard for over 30 years to establish the brand, it is always a pleasure to wake up and come to work. I have enjoyed the creative side of the business: tracking trends, coming up with new ideas and concepts, creating something special.

I have no business background, but running Olive is like studying for a double PhD. It has been a hell of a ride and a great learning process. I have been fortunate to meet many inspirational figures, largely sports stars. I have had a drink with Jonty Rhodes, Clive Lloyd, Oliver Stone, and several creative Indian superstars, from Bollywood to fashion to authors. 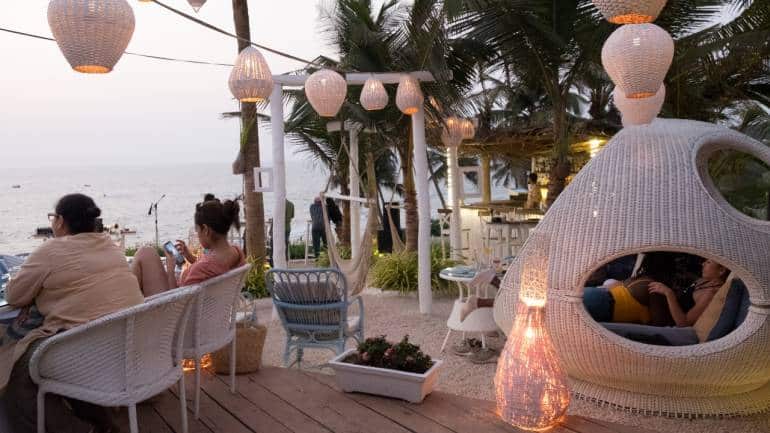 Now that all of India has reopened, how has business been?

Before I answer that, let me rewind to last year. The middle of summer 2020 was a very difficult time for restaurateurs as we had no idea what to expect. Would customers come back to restaurants or would the industry collapse?

The numbers were good after the first lockdown and we were looking at good times, but then Covid cases saw a resurgence and we braved the second lockdown.

Traditionally, the monsoon months, and right after that, are not very good for business as many people travel and the weather is not conducive for stepping out. But it is reassuring to see that numbers after the second lockdown are even better than after the first. Customers keep coming back for more. We have realised that dining out is woven into the fabric of everyone’s life and that fact is not going to change.

Having said that, restaurants are going through a tough phase. At least 30 per cent of restaurants across all price points will never reopen. Even the big players, from Olive to Impresario, have had to shut down a few restaurants and outlets as a fallout of the pandemic and the lack of government support.

On the flip side, survivors will benefit since the business will go to them. A good reputation for maintaining standards, hygiene and protocols will matter the most for survival.

Which of your restaurants and cafés have failed to reopen?

There are several: Indigo Deli at Palladium in Mumbai, Ek Bar, a cool progressive Indian cocktail bar in Delhi, from our portfolio...

Different states have different policies on how things should reopen. Do you feel we need to have one Centre-led policy?

The safety protocols and advisories are essential matters, and most state governments have done a good job. The policies regarding sanitisation, masks and hygiene standards are applicable nationally. Should the states have discretionary powers? That is a question of debate.

The bigger debate for the restaurant industry is how we are treated. We receive no recognition as an industry though we employ many people. We also offer avenues for people to enjoy a life-work balance. The policies should be fairer and aligned to ground realities. The state and national governments should sit across the table with the industry and devise policies that are for the national good, and that will lead to further employment. That would bring a little more logic to the policies being implemented.

Why do you think the hospitality industry is not on the government’s radar?

I think the low tax revenue collection, the underreporting by some rogue players, and the failure to pay taxes, have imparted a bad reputation on the industry. Then there is the entire image of some sort of decadent lifestyle that we promote! However, this is a negative perception we have been fighting against. Now we are an organised industry. A large part of it is run very professionally.

National Restaurant Association of India (NRAI) has been working towards bringing in the organisation across an entire range of eateries, from roadside vendors to low price point diners and fine dine restaurants.

In India, it is very difficult to do away with the aggregators. They have grown into such behemoths over the last few years because of the industry’s support.

The spectre of the third wave is looming large. What would your strategies be to ride this one out? Would deliveries be the answer…

We as a group do not look at deliveries as a substitute for dine-in. We believe that the percentage aggregators ask as a fee makes it unsustainable. We have instead focused on ways in which our people deal better with the lockdowns and have worked towards creating sustainable internal policies so that we get back on our feet quickly.

The restaurant industry is highly regulated and monitored, so there is no need for the government to put too many restrictions on us. Once the lockdown was lifted, we should have been allowed to operate within the general restrictions. The timings of operation, till 10 pm in Mumbai right now, are arbitrary, unnecessary and in force to create more trouble.

Also, the demand of the Maharashtra government that all hospitality staff should be double vaccinated is untenable. While the policy is good on paper and the state government is doing a good job of vaccinating people, enough vaccine shots are not available. I believe restaurants and retail staff should be seen as frontline workers and be given their shots on priority.

Are cloud kitchens, the flavour of the lockdowns, viable business in the long term?

My feeling is that very few have been able to make a profitable business out of cloud kitchens. Sure, they have a plethora of investors backing them since they have been pitched as the future of the food business. But delivery businesses do not have high margins. Add to that the steep fee you pay the aggregators...and it just doesn’t seem viable.

There has been an entire case made against aggregators…

In India, it is very difficult to do away with the aggregators. They have grown into such behemoths over the last few years because of the industry’s support. Today, it is easy to reach customers through food aggregators. Many of us have been trying to reach the customers directly, but I don’t think it is possible to run an entire delivery operation without the organised aggregators. I am hopeful the aggregators and the industry will work out a win-win model for both.

How do you see the Olive group evolving?

The market for restaurants is maturing well. The industry is launching new formats, new cuisines, new ideas, many of which can be very successful. One example I would give is of Game Palacio, a lounge-cum-gaming space in Mumbai, which offers gaming, bowling, drinking and a club all under one roof. That is a new format trending worldwide and there is no reason for such formats to fail. Game Palacio in Mumbai is a lounge-cum-gaming space.