As a student, Son kept an ideas notebook. He zeroed in on three approaches to inventing things – search for solutions to problems, think laterally, or combine pre-existing things into something new.

SoftBank Group CEO Masayoshi Son gave up his Japanese surname ‘Yasumoto’ and switched to the Korean name ‘Son’ used by his ancestors while he was still in high school.

Journalist, author and translator Atsuo Inoue’s book Aiming High (2021) is a biography of Masayoshi Son, the Korean immigrant from Japan who went on to take Silicon Valley by storm.

Masayoshi Son is the founder, chairman and CEO of the investment firm SoftBank Group, which has backed Alibaba, Uber, WeWork, ByteDance, Ola, among other companies. In India, SoftBank has backed companies such as PayTM, Ola, Meeso, Unacademy and Delhivery.

Inoue documents Son’s rise as “an integral player in the global tech industry”. We bring you five key takeaways from this engrossing and inspiring book about Son’s life.

As a high school student in Japan, Son had to confront the difficult truth that his family lived on land that was considered an “unregistered plot” by the Japanese government. When he applied for a passport to attend a short-term study programme in the United States, he got a signed entry permit instead. He had to stand in the foreigners’ queue at the airport.

The alienation he felt made him reclaim his Korean heritage. After returning from the US, he gave up the Japanese surname ‘Yasumoto’ and switched to ‘Son’ used by his ancestors. Inoue writes, “He wanted to express his true feelings and offer inspiration to those like himself who were concerned about their place of birth or surname. Everyone had the right to dream… He also wanted people to take inspiration to do the impossible and challenge their limits.”

2. You can turn things around.

While speaking American English was a challenge for Son, this short stay at the University of California Berkeley – where he attended language classes – gave him a chance to appreciate that “America was a melting pot of races”. Inoue reveals that this experience made Son realize that “even if he went through the trouble of finishing university he would not be accepted into Japanese society”. Son, therefore, decided to pursue higher education in the US.

Inoue writes, “The gears were turning inside his head, however: if he graduated from an American university, they would have to rate him back in Japan, and so he set about looking for a way to make this happen.” Son, who eventually got a BA in Economics from UC Berkeley, says, “…I started at a deficit compared to everyone else, but in the end that proved an extraordinary source of inspiration and energy to go on and do the impossible.”

As a student, Son kept a notebook of ideas for inventions. He called it his “Idea Bank”. He zeroed in on three main approaches to inventing things – searching for solutions to problems, or thinking laterally, or combining pre-existing things into something new.

3. Tenacity will take you places.

Son was “a top-class businessman” by the time he was in his fourth year at UC Berkeley. He used to import Space Invader video game cabinets, and lease them out on a profit-sharing basis. When restaurants and clubs were not enthused by the proposal, Son did not take “No” for an answer. He was persistent. Inoue writes, “Occasionally, he would press proprietors for direct, face-to-face negotiations, which was too aggressive for some of his counterparts.”

The managers of some of these establishments were concerned that games cabinets “would ruin the atmosphere”. Inoue writes, “Son’s response to this was that his counterpart must not be interested in generating business, which was inevitably met with protest and disbelief.” The deal was hard to refuse when Son told them that Victoria Station – “a popular steak house at the time” – was letting him set up Space Invaders cabinets in their waiting areas.

4. Be open to alternatives.

When Son was diagnosed with chronic hepatitis that seemed untreatable, he “devoured whatever articles he could find written by liver specialists, 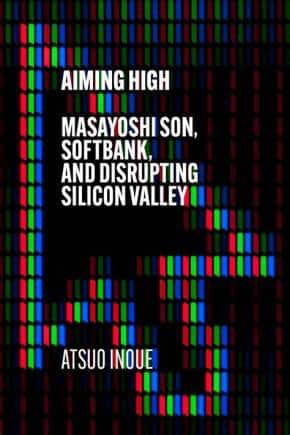 desperately searching for doctors or new treatment methods”. He did not want to be “resigned to fate”. He wanted to do everything in his capacity to take care of his health. Eventually, it was his father who “came across a newspaper article describing a ground-breaking new way of treating hepatitis”.

Dr Kumada Hiromitsu, a physician at Tora-no-mon Hospital, was in the news for corticosteroid withdrawal therapy but there was no information about the treatment's efficacy rate. In 1984, when Son learnt about this, he met the 37-year-old doctor “who had yet to make a name for himself” but “had more than enough self-belief and passion to make up for it.” His findings were being criticized by his peers but Son was impressed by his dedication.

The doctor assured Son that “there was a 70 to 80 per cent chance of success”. This was convincing enough for him. Inoue writes, “He may have been in the hands of a famous university hospital, but the treatment he was on was a stop-gap measure, nothing decisive. Effectively they were doing everything they could to preserve his condition, and not necessarily heal it.” Son trusted the young doctor, as “he wanted to be rid of the disease”.

5. Respect people and their time.

In this book, Ronald Fisher, board director, corporate officer and vice chairman of SoftBank Group, is quoted as saying, “Masa has a unique ability to connect with people which is very unusual, because with a lot of successful people it’s all about themselves.” According to Fisher, Son makes a sincere effort to “really understand” what is important for people, and how he can work with them in such a way that they can achieve something bigger together.

Apparently, this attitude helps Son connect with entrepreneurs. When Son meets them, he is interested in getting to know them and their vision instead of talking about his achievements. Fisher adds, “Masa is very busy but if you have got a call or video scheduled with him, he is always on time, never late, because he has a respect for other people…It’s not only the intellectual power, but also the power to engage with people that makes him so effective.”
Chintan Girish Modi is an independent journalist, writer and educator.
Tags: #Aiming High #Atsuo Inoue #biography #books #Masayoshi Son #SoftBank
first published: May 29, 2022 09:21 pm