Terrorism is nothing but a weakened mind trying to get quick recognition using destruction as a medium, says Brussels bombing survivor.

On March 22, 2016, three suicide bombings left Belgium shut, shaken and displaced: Two at Brussels Airport, and one at Maalbeek metro station in central Brussels. Thirty-five people were killed, and over 300 injured. One of those 300 was Jet Airways flight attendant Nidhi Chaphekar, lying on the floor of the airport in Zaventem.

Unsure of being alive, her body slipped into a slump as she struggled to make sense of the world around her from a haze of thick black smoke. Recounting the horror, Nidhi tells eShe, “I saw what was happening around me, for sure I was trying to collect myself, but my body wasn’t responding. I was unable to move my legs. The first thought that struck me was, ‘Thank God, I am alive. I need to get up and inform my family’.” 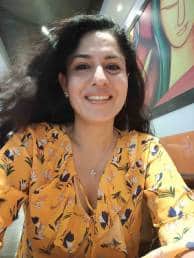 In the aftermath of the explosions, Nidhi suffered from 25 percent burns, ruptured eardrums, lost a heel bone on the right side, and underwent seven grafts and 22 surgeries. “I was broken into pieces, but I wasn’t shattered,” she says.

Four years later, healing from the pain, hopelessness and anguish, Nidhi has written a book, Unbroken: The Brussels Terror Attack Survivor (Amaryllis), a chilling account of how the devastating experience overturned her life, and how she picked herself up piece by piece.

April 17 marks the first anniversary of the demise of Jet Airways. When the airline was grounded due to financial problems, Nidhi was among those leading the efforts of a group of employees to revive the airline. They have been meeting people concerned, keeping track of the company’s insolvency resolution process and counselling dejected employees living without salaries for months.

Nidhi's book draws an interesting parallel of how her life was before and after the attack. In some parts, one can see an inspiring demonstration of human resilience. Nidhi displays intense clarity as she expresses her inner turmoil and psychological exhaustion. Insightful anecdotes give a specific form to emotions that might have otherwise remained elusive.

The memoir also illustrates Nidhi’s unwavering faith in the divine power. She calls it ‘positive energy’ that comes to us through different channels. “For me, writing this memoir was like God’s calling. After I returned to India, people asked me a lot of questions that left me wondering. I did not know the answers to any as a result of the induced coma I was put into. I started fixing the puzzle by questioning my family, calling my doctors, or the nurses, and noted everything in the form of diary entries. Then one day, my mother prodded me, ‘Why don’t you write a book on your life? Tomorrow when you look back, you would be proud to see how far you have come.’ Incidentally, around that time, a news reporter asked me the same question. I said, ‘Yes, I will try writing about it’. The following day, the reporter’s newspaper headline was that Nidhi Chaphekar would be penning down her story.” 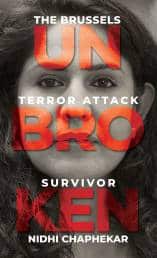 Nidhi was born the fourth girl child of her parents in a small town called Rajasansi in Amritsar district, Punjab. Growing up amidst stark gender inequalities in her town, she always questioned what it is that girls can’t do. Despite her limited resources, she wanted to do something different with her life, and her mother, a teacher, lent her unwavering support. “In class six, I changed schools and faced a lot of trouble. At that time, my mother told me: It’s just your fear, don’t let it overpower you,” she recounts.

“And I never did, even at the time of the attack. When the explosions hit Brussels airport, I was lifted off the ground. When I opened my eyes, everything had turned into debris. People were lying in pools of blood. At that moment, I had a choice – either I lost to the debilitating fear, or gathered strength to help others. I chose the latter.”

With torn clothes, burnt skin, crushed legs, and coming face-to-face with the worst of humanity yet fearlessly helping people, Nidhi displayed the power of her mother’s words. After a few hours, paramedics took her to the hospital. 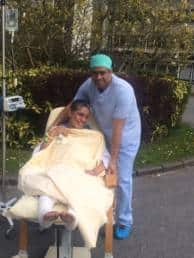 Nidhi’s book gives one a better understanding of humankind, the way we see the world and our idea of ‘being safe’. It turns us inward, generates empathy. This thoughtful and inspiring memoir tells us that victims are a weapon to wound society by those deeply wounded themselves. It makes one realise that what happened that day in Belgium can happen anywhere if we fail to understand each other and don’t stop discriminating.

Lead image: This post-attack photo of Nidhi, shot by Ketevan Kardava, made it to the front page of The Guardian and New York Times.