Upcoming Event:Join us for New HorAIzon from Oct 6-7, 2pm and be a part of exciting conversations on tech & innovation
you are here: HomeNewsTrendsEntertainment

There are two types of Satyajit Ray fans.

The ones who know everything about him. They will pontificate breathlessly about how amazing the Apu trilogy really is, how gritty and grey the hopelessness is, how brilliant he was: an ace illustrator, calligrapher, cinematographer, music maker, visionary who wrote the scripts of his films by storyboarding them. How he chose to remain in Bengal and make films, each one greater than his last. They will tell you how he was inspired by Vittorio De Sica to make realistic cinema, how he shot Pather Panchali over the weekends (he had a full-time job that funded his film)... These fans will argue how he’s ‘Rai’ not ‘Ray’, and judge you even if you’ve read the Feluda stories in the language in which they were written. They will claim, ‘You have to be born into our culture, otherwise you cannot understand the subtle layers…’

The second type is me, and perhaps you (those of us who watched Goopy Gayen Bagha Bayen first, and then sank our teeth into his other works enough to say that Jalsaghar is a favourite).

Whenever I come across cinema fanatics spewing gyan, I am always reminded of Satyajit Ray’s short film simply called Two, and I smile at them indulgently because they are like the spoilt little brat in the film, displaying his toys to the world.

Well, here we are with Ray’s boys who have grown up... Years later, starting yet another debate over who interpreted Ray best. Netflix has lit that fire, the aatish, which as Ghalib says, ‘Bujhaye na bane’.

Ray on Netflix is a collection of four films from four short stories written by Satyajit Ray. Originally written for young adults, when you see these stories interpreted by Abhishek Chaubey, Srijit Mukherji and Vasan Bala, you suddenly realise how grown-up, how dark the original themes really were. These stories have held their own over time.

The first of the four is Forget Me Not, directed by Srijit Mukherji. It is about a young lad - successful, sharp, and yes, selfish - who is unapologetic about using people - he doesn’t see the problem with insulting his friend’s choice of shirt when he’s getting a shirt custom-tailored for that friend… His pride in his mental abilities (he's thought to be a human computer) takes a stumble when he realises that he’s slowly forgetting things. Ali Fazal plays Ipsit Nair quite convincingly. He’s arrogant because he’s good at his work. And when his memory loss begins to play on his mind, the hubris gets stronger and yes the end is so dark, Rai saheb would have approved.

Here is a simpler version of Forget Me Not as the original story Bipin Choudhurir Smritibhram (Bipin Choudhuri’s Delusion). The denouement is gentler. If you wish to hear a reading of the story in Bangla, Radio Mirchi Bangla has a version too. But now that you’re on Netflix watching Ray, you will feel your jaw drop as you watch seriously grown up, seriously dark versions.

Forget Me Not, is eminently satisfying and you like the gentle tones of Shweta Basu Prasad’s Maggie gently telling Ipsit why and how… Ali Fazal in 'Forget Me Not' (screen shot).

The thread of Ipsit’s arrogance is picked up by Kay Kay Menon who plays yet another lonely man. He’s someone who works in your office, but you never really noticed them. He’s perhaps someone you bump into in the street and dislodge his glasses, but you stare them down so they apologise. Kay Kay Menon is Bahurupia (directed again by Srijit Mukherji). He’s in love with an actress but she has other ambitions. His landlord yells at him, as does his boss. You understand why he talks to himself. And then the knife turns. Oh how delicious revenge can be! But fate is playing games again. And our no-longer-timid man challenges fate.

Ray has written more than a few creepy tales where he has had men metamorphosing into primates (a sort of reverse evolution in a story called "Mriganka Babur Ghotona" or "The Curious Incident with Mriganka Babu") or even snakes (story called "Khagam" on YouTube). Ray has written about creepy professors who graft bird parts and animal parts on to people too… So you can imagine where Bahurupia is going. Or can you? The story Spotlight takes you into the world of a man so steeped in his arrogance and wealth, he doesn’t realise that in the movie business, a ‘star’ only has limited power. The real power lies with the star maker.

Harshvardhan Kapoor plays the star and Chandan Roy Sanyal the star maker. The star maker can only back the star as long as he performs. But what happens when the thunder is stolen by something no one can compete with: religion?

Vasan Bala balances these two illusions rather well, with Radhika Madan playing ‘Didi’ the spiritual leader who wants to get away from the spotlight and the movie star who wants to earn that spotlight. I saved the second story in the show for the last because it is just miles ahead of the rest. Hungama Hai Kyon Barpa is based on Ray’s "Barin Bhowmiker Byaram" ("Barin Bhowmik’s Problem"), and is directed by Abhishek Chaubey. Ghulam Ali fans will identify the title of the story as the title of his very famous ghazal. In this story, Manoj Bajpayee shows us what a wonderful performer he is. The story has been shot and edited stylishly, too, taking us from the train to the mushaira in an instant. So Manoj Bajpayee plays Musafir Ali, a singer who travels by train, sharing a compartment with Gajraj Rao - a man who doesn’t care for music but who is a… No! Watch the film. 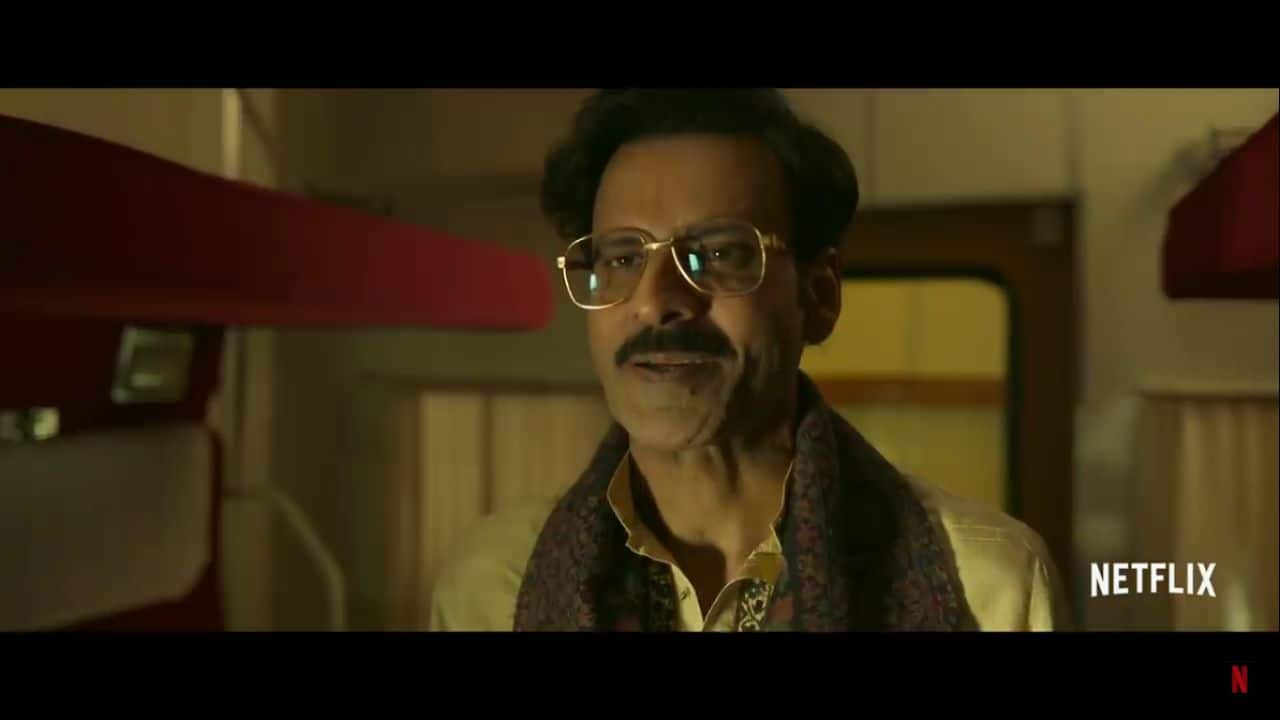 A quick observation about Satyajit Ray: Ray showed us trains in so many ways as being life changing for the characters. In Pather Panchali, you will see the train as something the siblings run to watch, Apu’s mother in Aparajito looks at the train with hope, because she wishes that her son might come back. You meet Jatayu - the coolest Ray character - on a train in the movie Sonar Kella (The Golden Fort). Returning to Musafir Ali: he discovers the key to good luck on a train, faces his demons on the train and yes, as Ray would want you to, finds redemption on the train.

From Manoj Bajpayee’s reaction to his female fans at the station to his full-throated laugh in Manoj Pahwa’s soul saviour shop make him the hero of this series. And also because Manoj Bajpayee reads Faiz’s "Saare Sukhan Hamare" in the train. Why would it not be my favourite story?

Ray was an amazing storyteller, and had so many tricks up his sleeve, you will love these four stories and want more. I hope in this - his centenary year - more filmmakers and OTT platforms will commission more stories to be filmed and pay homage to the legend called Ray.