The 95th Oscars nominations have been announced, and for the second time in a row, India will be represented in the Best Documentary Feature competition as Shaunak Sen's 'All That Breathes' wins a nomination. The final results will be announced on March 12. Keep an eye out for the birds

After I had finished watching Shaunak Sen’s All That Breathes in January last year, shortly after it was premiered at the Sundance Film Festival, I felt like picking up a camera, rushing out, and shooting something.

It is the kind of film that will inspire someone to make films, which is possibly the highest compliment you can give to a film or a filmmaker. Sen's documentary, which had won the Grand Jury Prize in World Cinema Documentary in Sundance Film Festival last year — winning the top award, a first for India — has, on January 24, won a nomination at the 95th Academy Awards, and this is the second time in a row that India has been nominated in the said category at the Oscars. Last year, Rintu Thomas and Sushmit Ghosh's Writing with Fire was the first to pave the way. It is yet another year of excellence for the Indian documentary film. 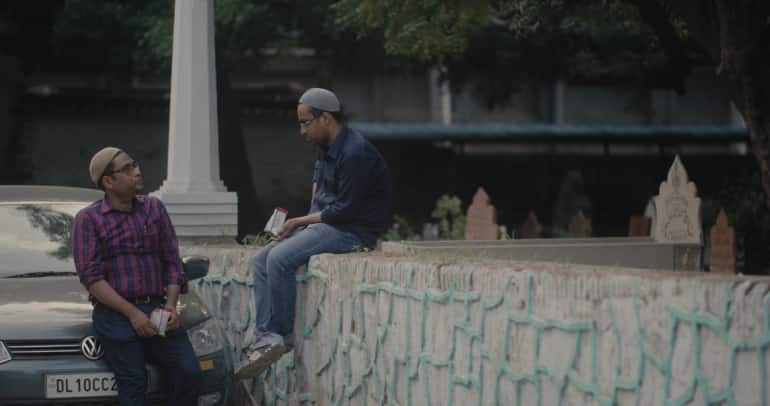 All That Breathes follows the brothers, Nadeem Shehzad and Mohammad Saud, who rescue injured black kites and treat them out of a basement in their house in Wazirabad in north Delhi. Sen’s film juxtaposes the claustrophobic but intimate world of this basement with the vast expanse of Delhi’s sky and cityscape, which has turned noxious and inhospitable for the city’s human and non-human living beings.

But as the brothers say in the documentary, “evolution favours experimentation”, these creatures, starting from the rats who populate the opening scenes in a close-up shot, to the snails, millipedes, pigs and kites, who feature in the 91-minute film, live on and thrive amid the chaos and dystopia of the contemporary Indian metropolis.

Since its Sundance win, All That Breathes has snagged a series of top documentary awards which include the Golden Eye award for documentaries at the 2022 Cannes Film Festival. HBO has picked up its worldwide television rights. Its recent nominations include a Directors Guild of America award for Sen and the prestigious American Society of Cinematographers award for Ben Bernhard and Riju Das, who shot majority of the film shortly after cinematographer Saumyananda Sahi had to leave the project.

All That Breathes, I feel, has a strong chance to bring home the Oscar for Best Documentary. Here are four reasons why:

The biggest asset of All That Breathes is its deliberate aesthetic form, which is unlike what you would associate with the average documentary: “verité, handheld, sudden cuts,” as Sen puts it.

Sen and his team introduce styles associated with fictional filmmaking into the documentary, wherein several passages in All That Breathes comprise slow, languid shots of the city’s vista, and positioning mosquitoes, rats, snails, and so on, as part of the same ecosystem as humans, a central philosophy which gives the film its title. In between are interspersed moments from the brothers’ lives as they soldier on from day to day, rescuing kites, facing infrastructural problems and lack of funds.

“While the verité documentary unfolds as if the makers are in fly-on-the-wall mode, life unfolds, and we witness, and the film is made on the edit table, here, we wanted curated actuality that is tripoded and controlled,” Sen explains. “You don’t see sliders and tripod pans in documentary. The verité form of this very film would just be nice people doing nice things, but that wasn’t the film I wanted to make. I don’t agree with the understanding that documentaries capture pristine and untainted reality. Here, I am working with the substance of reality and giving it aesthetic shape and the aspiration was to be visually compelling.”

Are there other films like this? Among Sen’s inspirations was Russian filmmaker Viktor Kossakovsky’s 2020 documentary Gunda, which looks at the daily lives of a pig, a one-legged chicken and two cows.

The brothers themselves — and the lovable Salik All That Breathes is as much a look at how Delhi’s non-human living creatures co-exist cheek by jowl, making do in an increasingly polluted wasteland, as it is a story of two brothers’ love for the non-human and the lengths, they go to be, ultimately, kind in a world that desperately needs more kindness. (The film was shot during the Delhi protests against the Citizenship Amendment Bill, and the violence it led to, snatches of which leak into the narrative).

While the brothers go about their duties with a sincerity and seriousness that is “almost stoic and deceptively uninteresting”, as Sen describes, they are also “philosophers of the urban” who have been observing the ever-changing city and the greying skies for years. Their banter aside, their views on the city, which often work as voiceover as the camera slowly tracks the kites in all their glory, could easily be slipped into a book of philosophical quotes and no one would know the difference.

By contrast, their friend and helper, Salik, a bespectacled and unassuming young man, offers a colour to the documentary bordering on comic relief. An early scene has a kite snatching his glasses away. In other scenes, Salik comes across as “almost innocent and unvarnished”, Sen says. Among the reactions Sen witnessed after the film’s premiere at Sundance, he says, was “people were saying they felt like hugging Salik”. 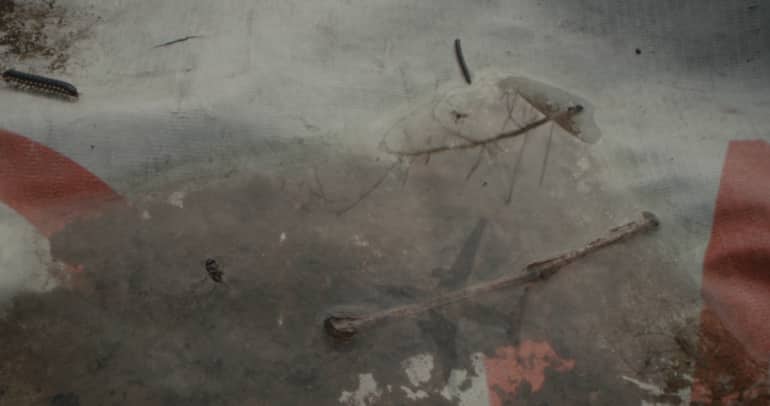 The cinematography by Sahi, Bernard and Das flows in tandem with the quietude and grace with which Shehzad and Saud conduct their daily business. In sync is Roger Goula’s hypnotic and dissonant music where beautiful strings are buried underneath layers of electronic synth suggesting something that was once beautiful (in Delhi, or, the world) has gone awry.

Meanwhile, the film is packed with graceful shots of little creatures that make you scratch your head about how they were conceptualised and executed.

For example, one shot tracks a snail slowly moving in the foreground against a burning pyre for the Holika festival. “We are making the human not the centre of the documentary but the non-human,” Sen explains. “We are following the snail’s time, non-human time, as a way to regard the world as experienced by those who are not us.”

Sen’s assistant directors figured out which locations in Delhi were frequented by animals and the crew kept visiting them daily to shoot. Among these was Delhi’s Hamdard Chowk where a certain area would be infested with rats after sundown. The ambitious four-minute opening of the film tracks down from the city’s traffic lights and enters deep into this world of rats, which squeal and squirm audibly transporting the viewer into a non-human space, and instantly the scene cuts to the open sky where a magisterial kite flies far, far away.

Another crazy shot has a millipede crawling over a leaf on the ground and a puddle of water near it reflects the airplane in the sky: all part of the film’s philosophy that constantly connects sky and the several layers of earth in poetic, interesting ways. “That shot came after 10 tilt-downs of the camera, and the moment we had it, I knew it, we are coming to Sundance,” Sen quips.

Empathy for but also Curiosity towards the Other 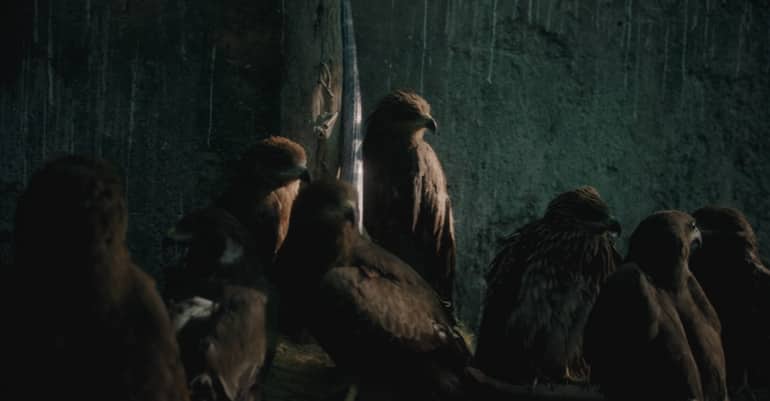 Behind the style and cinematic finesse of All That Breathes is a throbbing heart that persuades you to look closely at the world around you and understand that everyone, not just humans across boundaries of class, caste or gender, but all kinds of animals are here and now in the same planet, experiencing the same world, perhaps, a little differently, but in that difference lies the truth of all that is life and living: we are all we have and there is nothing else.

“I wanted to do something that connects the human and the non-human,” Sen says about the film’s origins in his mind. “I want to show the simultaneity and coexistence of life, writ large.”

Among his intentions with the film which he kept repeating through the conversation was “to render the natural world poetic”. And just as poetic are his hopes with a viewer’s experience after having watched All That Breathes: “The idea was to reenchant the sky, to hope the audience, after seeing this film, looks up at the sky immediately. I wanted the film to have elements of a fairytale gone dystopic, the nostalgia of childhood when the brothers fell in love with the kites at an early age.”