A serial killer and his girlfriend undress and join in furious embrace on a blood-drenched butcher’s table while a revolving cutter whirs next to them. This is after the girlfriend has rated him a full 10 on the job he has just completed: the smooth bludgeoning of his latest victim, a woman, followed by chopping her body to pieces. This is a scene that’s probably meant to shock or mortify audiences of Mohit Suri’s Ek Villain Returns, which he has called his “spirit sequel” to Ek Villain (2014). Throughout the 128 minutes of its running time, I couldn’t experience anything close to genuine mortification or unease or even sympathy for the serial killer’s victims, but this scene did extract some laughs out of sheer disbelief. That’s the kind of film Ek Villain Returns is—overblown, deranged, perverse and a thumping ode to wounded straight men who literally slay women to avenge their own heartbreaks. It’s a giant mansplaining disaster on the big screen.

In the hands of a director genuinely invested in the terrifying nature of evil and what its implications can be on human life, the scene in question would’ve made its audience look away and wince. It could even have been sublime in a horrifying way. We’ve all seen Silence of the Lambs. Suri and his co-writer Aseem Arrora, and presumably the film's producers, incidentally both women, Ekta Kapoor and Shobhaa Kapoor, have only one agenda on their minds: We get your pain, women can be ruthless, go ahead and get your catharsis, kill the woman who has rejected your attention and dared to have other things on her mind.

The circus begins with Gautam (Arjun Kapoor), a wealthy brat who lives by the motto, ‘I’d rather die than lose’. It’s obvious from the first scene he appears in that he loves his Bullet more than himself. The very first toxicity alert. His girlfriend has just chosen another man over him. His next moves are swift: Land up at the wedding of said ex-girlfriend, smash everything in his line of sight, get the bride to admit she is still in love with him, and flee the scene. The action sequence is slick. Throughout the film, Suri is a crafty director of action—especially memorable is a long sequence inside a moving train. Next, Gautam hooks up with up-and-coming singer Aarvi (Tara Sutaria) and almost rapes her rival to win her affection. Aarvi has a traumatic past of her own and they bond over simmering heartbreak. By now, Gautam is the suspected serial killer behind a spree of gory murders across the city committed by a man who hides behind a yellow smiley mask. Mumbai police summons rapid action force with alarming diffidence. Gautam’s path soon crosses with Bhairav (John Abraham), who has a day job and moonlights as a Uber driver. Bhairav stalks Rasika (Disha Patani), a perky salesperson at a men’s clothing showroom, who responds to his advances with jaunty rides in his taxi. One such ride leads to Lonavla where Gautam is shattered. Rasika has rejected him, and has chosen to shower her affection on her boss instead of him. Meanwhile, the search to find the killer is feebly orchestrated by forensic officer Ganesan (J.D. Chakravarthy).

Kapoor and Abraham are single-pitched, beefy and brimming with a corny fervour to overact. Sutaria and Patani have little to do except look good, cry or glare. They are a foil to the two men, who scream a hell of a lot as they unleash mayhem. 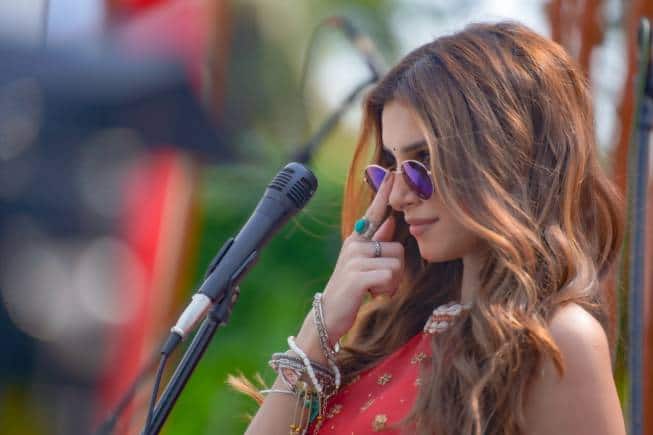 Barring the action sequences, the only fiercely inspired thing in Ek Villain Returns is Suri’s commitment to be the voice of unbridled misogyny that both his leading men represent. The lack of responsibility in the way the director-writer and his cinematographer Vikas Sivaram show violence is spectacularly and shockingly exalting of the perpetrators. It is gleeful violence targeted singularly at women. In a climactic duel between Gautam and Bhairav, Gautam tries to hold a mirror to the damage that Bhairav has done and the monster that unreturned love has turned him into. By this point, a message about victory of love over hatred which the screenplay attempts, becomes inconsequential. All you want at that point is some fresh air to breathe.

But why care for that lip-service at all? Ek Villain Returns is Suri’s unwavering answer to the agony of all straight, jilted Indian men: The balm is in the bludgeon. I awaited a good night’s sleep after watching a late night show, wanting to forget the experience for a few hours at least until putting words to paper for this review. But in the audience, I saw a little boy of about 8 or 9 walk out with his mother after watching Ek Villain Returns. Not Suri’s fault of course that the mother decided to get her son along, but that’s really when I felt the chill go down my spine.
Sanjukta Sharma is a freelance writer and journalist based in Mumbai.
Tags: #Ek Villain Returns #Ek Villain Returns review #Film review
first published: Jul 30, 2022 08:11 am