Tune in on 17th July for the Small Business Virtual Summit with Cisco. Register now!
you are here: HomeNewsTrendsCurrent Affairs

Congress to fight against Land Bill in Parliament session

Parliament will reconvene on Monday after a month and the government faces the mammoth task of getting the re-promulgated land ordinance converted into legislation, the task they couldn't achieve in the first part of the Budget session due to stiff opposition in the Rajya Sabha where it struggles with numbers.

Even though the political battle over the Land Bill is expected to echo in Parliament, Prime Minister Narendra Modi hopes that the second phase of the Budget session, which will begin on Monday, will be a productive one.

The Congress threw down the gauntlet to the Bharatiya Janata Party with a mega farmers' rally on Sunday. After returning from a two-month long sabbatical to a mysterious place, an aggressive Congress Vice President Rahul Gandhi set the tone by attacking the Modi government as anti-poor and pro-corporate.

Rahul said, "Modi wants to give your land to industrialist friends from whom he has taken loans for his massive election campaign." 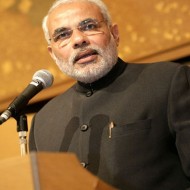 On the same day, Modi also addressed BJP MPs and the listed the initiatives taken by the government for the poor. Modi said, "I want villages to be richer and more productive. We are preparing MPs to be more involved in development of villages."

Parliament will reconvene on Monday after a month and the government faces the mammoth task of getting the re-promulgated land ordinance converted into legislation, the task they couldn't achieve in the first part of the Budget session due to stiff opposition in the Rajya Sabha where it struggles with numbers.

Defending the new Land Bill, Union Minister Chaudhury Birendra Singh said, "It's pro-poor and will be passed in the Upper House."

During the last session, the government faced a united opposition spearheaded by Congress President Sonia Gandhi who demanded nothing less than the UPA's 2013 Land Bill.

Sonia said, "We are here to give a strong message that the government can't ignore the interests of farmers."

Government sources said that senior ministers have been holding back-channel talks with smaller parties while the option of a joint session of Parliament will only be considered as a last resort.

In the previous session, government strategists were able to gather opposition support from parties including the Trinamool Congress to pass crucial legislation such as the mines and minerals and the coal mines bills, but will the government enjoy the support again in case of Land Bill.