Starting at Rs 6,999, the Realme C3 gets a lot right and very little wrong.

With the soaring popularity of Xiaomi and Realme, it is easy to forget that there was a time when budget smartphones seemed like a Frankenstein monster. Manufacturers placed little to no emphasis on getting the right combination of hardware as they did with flagships. Xiaomi’s Redmi series forced several brands to rethink their approach to budget smartphones. Look at Samsung’s revamped Galaxy A series and the new Galaxy M series, which aimed to make the company more competitive in India’s mid-range and budget smartphone markets.

Until 2018, Xiaomi’s dominance in India’s entry-level and mid-range phone market seemed ironclad. But then came Realme, a brand that has grown exponentially in the past year, while challenging Xiaomi’s Redmi series in all areas. However, Realme’s most recent launch may propel them to the top of the budget smartphone space. We’re talking about the Realme C3, a budget smartphone that shows a lot of promise at just Rs 6,999. But how does having a good spec sheet translate to real-world results? Well, let’s find out.

The Realme C3 ditches the diamond-cut design we saw on its predecessor for what it calls the Sunrise design. While the Realme C3 is covered with Gorilla Glass 3 on the front, the back and frame are both made of plastic. However, the phone is a bit on the heavy side, which actually works to its advantage by not making it feel all that cheap. Additionally, the anti-fingerprint surface doesn’t smudge or gather dust. The C3 gets the same front design as the Realme 5i with its dewdrop notch. Realme has opted for a bigger screen with a 6.5-inch LCD display.

The panel features an HD+ (720 x 1560 pixels) resolution and a 20:9 aspect ratio. In harsh sunlight, this screen is quite underwhelming, but that’s difficult to critique at this price. Playing games and watching videos indoors under the right light does disappoint or impress; it is just about satisfactory. Although the black bars are quite noticeable when watching videos, you can pinch the screen to fill the entire display. You can choose between cool or warm temperatures in the display settings, limiting customisation.

The Realme C3 has two exciting new developments that make this phone a standout, and one of them is performance. The C3 is equipped with the new entry-level gaming MediaTek G70 chipset paired with up to 4GB of RAM. Now, the new MediaTek chipset is a big improvement over the Snapdragon 400 series or MediaTek P22 that are generally used on entry-level smartphones. Before we get into the why, some context. Because of PUBG Mobile’s popularity in India, a Lite version of the game was announced for players to access the game on budget handsets. Considering the vast majority of the country’s population uses these budget devices. With the Realme C3, you can skip PUBG Mobile Lite and play the regular version of the game.

I tried quite a few games, including PUBG Mobile, Asphalt 9, Call of Duty Mobile, and Darkness Rises on the C3. In PUBG, the game ran on high settings by default, but we’d recommend turning those settings down to medium to enjoy better frame rates. Call of Duty Mobile was tested on low settings, giving us medium frame rates, not offering the best gaming experience but still playable. It took some getting used to, but I still managed a decent enough score. However, just being able to play a game like this on a phone under 7000 rupees is impressive in itself.

We talked about the two most exciting aspects of the new Realme C3. While performance was the first, software is undoubtedly the second. Rather than use the custom ColorOS skin, the C3 opts for the new RealmeUI V1.0 which is based on Android 10. And the best part of this software skin is that it is pretty similar to stock Android. The overall experience is clean, with little to no bloatware. There is a Dual Music mode that allows users to listen to music through wired and wireless earphones simultaneously. The Realme C3 also gets native dark mode, which can be activated through the quick settings panel. You also get improved privacy and location controls as well as Digital Wellbeing and more.

The Realme C3 also packs a massive 5,000 mAh battery with 10W wired charging support. The great part about the battery is that it takes forever to drain, but it also takes quite a bit of time to fully charge. Realme also offers 32GB and 64GB storage options on the C3. Additionally, you get a MicroSD card slot, a headphone jack and a loudspeaker grille. Realme also claims that the C3 is plash-resistant, not to be mistaken for water-resistant.

The Realme C3 features a dual-camera setup with a 12-megapixel f/1.8 primary shooter and a 2-megapixel f/2.4 depth sensor. The camera setup supports PDAF, HDR and 1080p video recording at 30fps with an external LED flash module. On the front, you get a 5-megapixel f/2.4 shooter that supports panorama mode and HDR as well as video capture in 1080p resolution at 30fps. 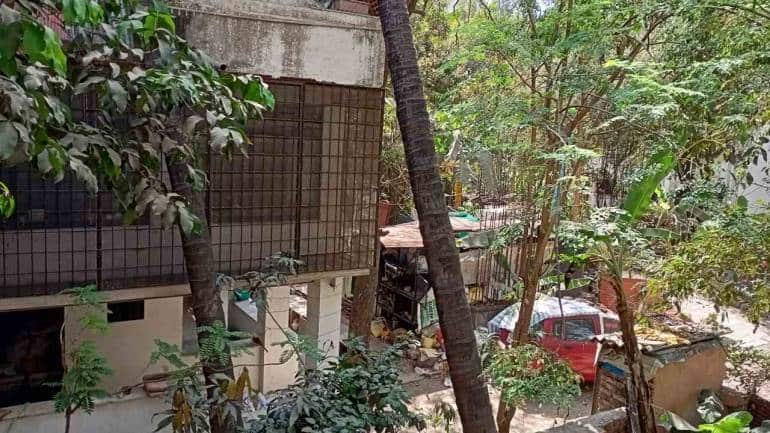 Considering its price, the Realme C3 does a decent job under the right lighting conditions. There’s not a lot to complain about here, and you pretty much get what you pay for. Portrait shots are helped by the depth sensor and offer decent enough background AI blur and above-average edge detection for the price. Additionally, the Realme C3 also features Chroma Boost that amplifies colours and makes images pop. Chroma Boost is an instrumental part of this camera system, and without it, photos on the C3 might need quite a bit of editing before being social media-ready. Photos taken with Chroma Boost and HDR switched on turned out good, especially considering the price of the phone. One area where the C3 falls short is in zoom and low light scenarios. 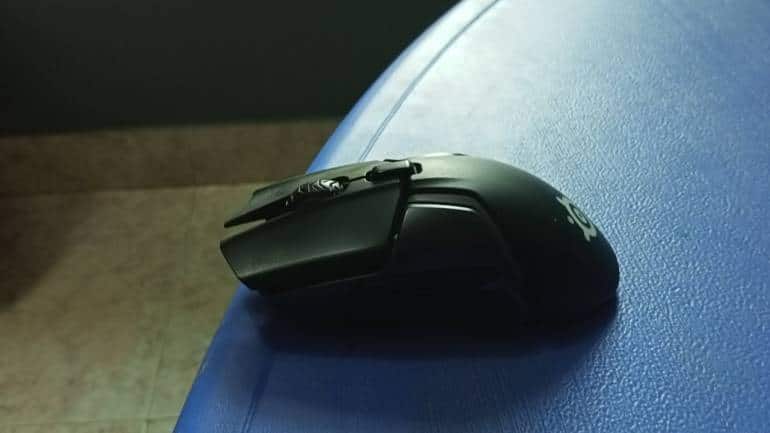 Photos taken with the 2x and 4x zoom are not as sharp, while results appear blurry and noise is significantly increased. As soon as you pinch the zoom, expect a loss in sharpness and details. Night mode is missing on the C3, which makes the overall quality of photos shot in low light quite undesirable. We’d highly recommend using the flash and Chroma Boost when dealing with lowlight scenarios. The Realme C3 can capture video in 1080p resolution, and the results are not all that bad. Audio capture is also good without too much distortion. However, there’s no stabilisation here, so you want to keep the camera as steady as possible when recording videos, which is hard when moving.

The Realme C3’s front camera supports HDR, and there’s a portrait selfie mode as well. Selfies taken in good lighting came out just about average. However, they aren’t very sharp and lack detail, while noise also tends to be quite visible. For this price, there’s not a lot to complain about, but selfies are quite underwhelming. Edge detection in portrait mode is also found lacking.

Starting from Rs 6,999, the Realme C3 is quite the bargain buy. The refreshed design, beefier chipset, improved UI and bigger battery call combine to make the Realme C3 more-than worth its price tag. The improvements over its predecessor are significant, especially in performance and battery. It is worth noting that the MediaTek G70 chipset on the C3 can surpass the Snapdragon 665 SoC used on smartphones that are anywhere between 2K to twice the price of the Realme C3. 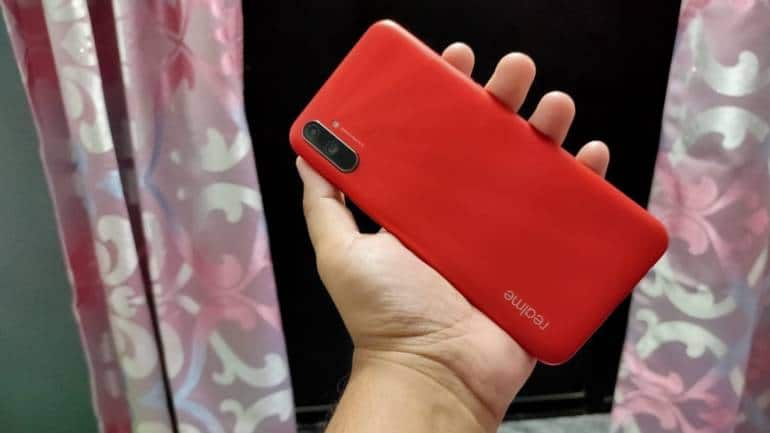 The bigger battery seems like it takes forever to drain out completely, but that’s somewhat of a double-edged sword as charging to a 100-percent takes quite a while. Overall, the camera experience on the back is satisfactory for the price you are paying, but the front camera did seem lacking. The new design also looks and feels better than on the Realme C2.

However, the biggest improvements on the Realme C3 have to come in the form of software. Realme UI offers a clean user interface as opposed to the bloatware heavy ColorOS. With the Realme C3, the Chinese smartphone maker has set a new standard for a budget smartphone. Realme has not only managed to maintain the same pricing as it did, when it launched the C2 but has also brought significant improvements. For the moment, the Realme C3 is the best smartphone under 7000.