Live: Stock Market Live: Sensex @60,000: Are We Looking At A New Bull Run?
you are here: HomeNewsTechnology

While there are a host of new features, Apple has also focused on tightening user data privacy in iOS 14.

Apple has always been on the forefront when it comes to privacy and it’s the same with iOS 14 and iPadOS 14. One of the key features is letting users know what data developers collect and how will it be used. Apple specifically mentioned that this feature will be available across all of its App Stores.

Apps will also be required to get your consent before tracking you, so you can choose which apps have permission to track. 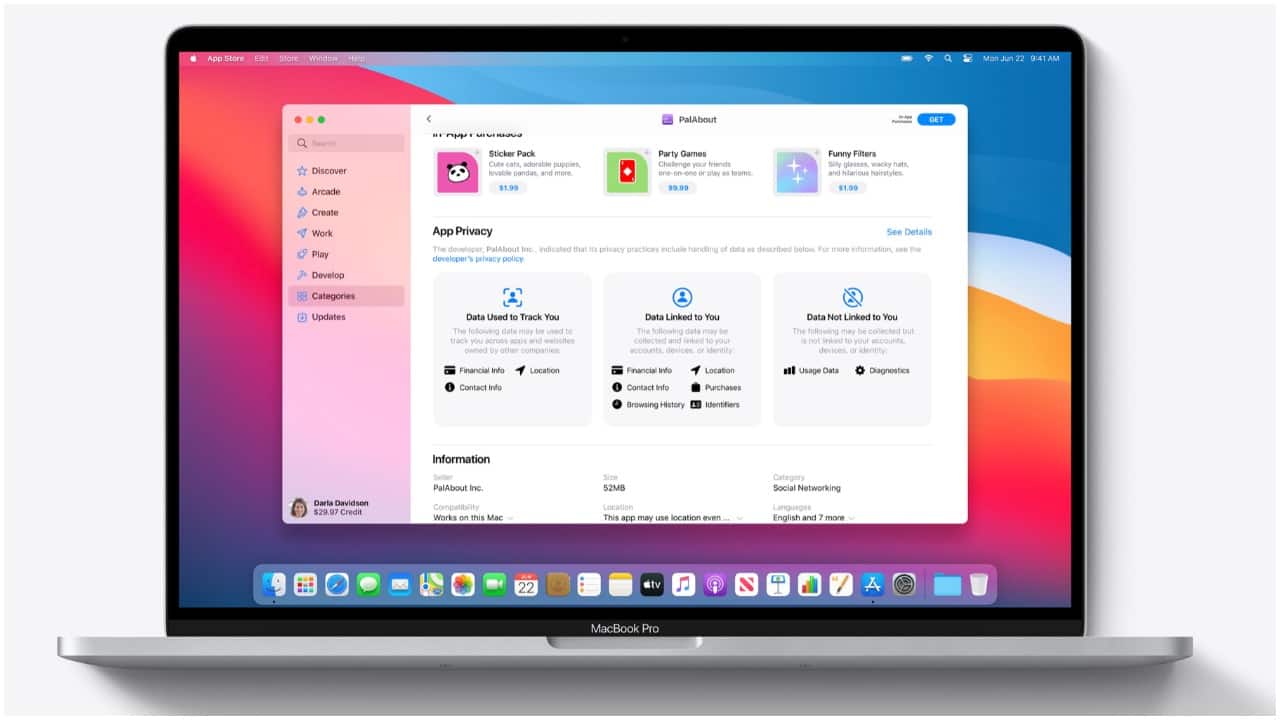 When an app is using the iPhone’s mic or camera, iOS 14 will display an indicator in the app and in the Control Centre.

Regarding visual updates, iOS 14 (and iPadOS 14) brings an App Library. This new layout is similar the app drawer functionality on Android that arranges all the installed apps in alphabetical order. However, in iOS 14, App gallery will be arranged in a list view of folders with multiple categories like suggestions, recently used, social, entertainment, etc.

Apple has also introduced App Clips, which loads a small part of an app within seconds to complete a specific task, such as renting a scooter, purchasing a coffee, or filling a parking meter. These apps are then suggested in the Recently Added section of the App Library in case you wish to download the full version.

Widgets, another anticipated iOS feature, marks its place in iOS 14. While the feature has been available on Android for years, Apple’s implementation of widgets seems slightly better.

Widgets can be placed anywhere on the Home screen for a quick glance of information. They come in different sizes, giving users the option to set and pick the information density as per their requirement. Widgets can also be stacked (up to 10)  by dragging one widget on top of another and swipe through them.

The smarter implementation of widgets in iOS 14 is wherein you can select the Smart Stack in the Widget gallery. It uses on-device intelligence to surface the right widget at the right time based on factors like time, location, and activity. For example, you might see the Apple News widget in the morning, Calendar events during the day, and commute time from Apple Maps in the evening.

If you have been an iPhone user, you must have complained about the incoming call interface that covers the whole screen, interrupting the task you were doing. Apple has finally addressed this complain and introduced a compact UI for calls.

When you receive a call, it appears as a banner instead of taking over the entire screen. You can swipe up on the banner to dismiss it or swipe down to access extended phone features and tap to answer. Third-party apps can take advantage of the developer API to add support for this feature.

There is also Picture-in-Picture (PiP), which lets you minimise a video and place it to some corner of the screen and use some other app. You can resize the PiP window by pinching the video to make it bigger or smaller.

You can pin up to nine chats on top of your conversations list. Inline Messages let you select and reply to a message in a group chat. You can view replies in the full conversation or as their own thread for a more focused view. Mentions is basically a feature borrowed from the likes of WhatsApp and Slack. When you @ mention someone, the person’s name is highlighted. Users can also customise an active group so you only receive notifications when they are mentioned.

The feature has been extended to iPadOS 14 and macOS Big Sur as well.

Maps on iOS 14 gets a dedicated cycling mode that shows you bike lanes, paths, and roads. You can also preview the elevation for your ride, check how busy a street is, and set routes to avoid steep inclines or stairs.

There’s also Guides, a feature that is quite similar to Google Maps. Guides on Apple Maps will give users the recommendations for the best places to visit in a city. These recommendations have been created by a selection of trusted brands. You can save Guides so you can easily get back to them later, and they automatically update when new places are added so you always have the latest recommendations. A feature that Google needs to borrow from Apple Maps is EV routing. While electric vehicles aren’t widely used in India, the feature could come in handy in some years, especially when the government is pushing manufacturers to launch electric vehicles. EV Routing on Apple Maps shows you the compatible charging stations for your electric car on your route.

Apple has introduced a new Translate app in iOS 14. The app has support for 11 languages, namely English, Spanish, Mandarin Chinese, Japanese, Korean, Russian, German, French, Italian, Brazilian Portuguese, and Arabic. Translate features a Conversation mode that shows the text from both sides of the conversation in landscape mode. It transcribes the original and translated text on the correct sides of the screen, followed by the translated audio. Conversation mode works for downloaded languages even when you don’t have an internet connection.

Apple claims that Siri is 20 times faster in iOS 14. It has a compact UI and sits at the bottom of the screen and the result appears at the top like a notification. Siri can also help find answers to a broader set of questions using information from across the internet.

Safari is more responsive, powerful, and private in iOS 14. You can also translate compatible web pages in seven different languages with a translate icon that is displayed in the address field. Safari also uses Intelligent Tracking Prevention to identify and prevent trackers from profiling or following you across the web. It will generate a weekly Privacy Report on your start page showing how it protects your browsing across all the websites you visit. There is a dedicated button on the toolbar for the same.

Safari also warns you if a password you are using is not secure. It uses strong cryptographic techniques to regularly check derivations of your passwords against a list of breached passwords in a secure and private way that doesn’t reveal your password information. If Safari discovers a breach, it can help you upgrade to Sign in with Apple when available, or automatically generate a new secure password.

Your iPhone will soon function as your digital car key. With compatible cars, you can unlock your car door and even start your car using your iPhone. Car owners can share their keys with others.

There are different types of car keys that give you control over setting restrictions or having full access. Restricted mode will allow the driver to unlock or start the car and limit the acceleration speed, etc.

If your iPhone runs low on battery, you will still be able to access and start your vehicle for up to five hours, claims Apple.

iPad OS 14 gets all the features of iOS 14 and some additional iPad-specific tweaks. This means that you will get the App Library, Widgets, and other features for the Messages, Maps, and other apps on your iPad running on iPadOS 14.

Scribble anywhere using your Apple Pencil. iPad OS 14 also converts your handwriting into text, which can be copied and pasted on different apps. There are some editing gestures like, for example, circle a word to select it, or touch and hold between words to add space with your Apple Pencil.

Apple has confirmed that iPadOS 14 and iOS 14 will have a public release in Fall, which is typically in September week two or three. The developer beta has been released and the public beta is scheduled to roll out in July.
Pranav Hegde
Tags: #Apple #iOS #Technology #video
first published: Jun 23, 2020 11:12 am