Missed watching the WWDC 2020 Keynote? Here is a quick recap of all the major WWDC 2020 announcements.

Apple has tapped up WWDC 2020 Day 1 with some key announcements. The most significant of them include an introduction to iOS 14, macOS 11 Big Sur, tvOS 14 and watchOS 7. Apple has also confirmed its transition to its custom Apple Silicon from Intel chips for the Mac.

Apple CEO Tim Cook began the WWDC Keynote by addressing support for protests against racism and also thanking the healthcare workers for their continuation in curbing the spread of the coronavirus.

Apple also introduced iOS 14, macOS Big Sur, watchOS 7 and tvOS 4. In this article, we will cover some of the key features introduced in the respective operating systems.

iOS 14 features a bunch of new additions and improvements. The new iPhone OS gets an App Library that arranges all the installed apps on an iPhone in a list view. Widgets make their way to iOS with iOS 14. You can choose from different sizes and arrange them as per your liking.

Apple has also introduced App Clips, which loads a small part of an app within seconds to complete a specific task, such as renting a scooter, purchasing a coffee, or filling a parking meter. These apps are then suggested in the App Library in case you wish to download the full version.

There is also Picture-in-Picture (PiP), which lets you minimise a video and place it to some corner of the screen and use some other app. Another UI change is during incoming calls, wherein the calling interface no longer covers the whole screen and now has a compact design instead. When you receive a call, it will be displayed on top of the screen.

Messages on iOS 14 get Pinned conversations, allowing you to pin up to nine chats on top of your conversations list. For groups on Messages, you get three new features — Inline replies, Mentions, and Group Photo. Inline Messages let you select and reply to a message. You can view replies in the full conversation or as their own thread for a more focused view. Mentions is basically a feature borrowed from the likes of WhatsApp and Slack. When you @ mention someone, the person’s name is highlighted. Users can also customise an active group so you only receive notifications when they are mentioned.

Another app that gets major updates in iOS 14 is Maps. You now get a dedicated Cycling Mode that shows you bike lanes, paths, and roads. You can also see elevation, busy streets, stairs, and steep passages when planning your trip. There’s also EV routing that shows you the compatible charging stations on your route. Apple is also introducing Guides to visit ‘great places around the world to eat, shop, and explore’. 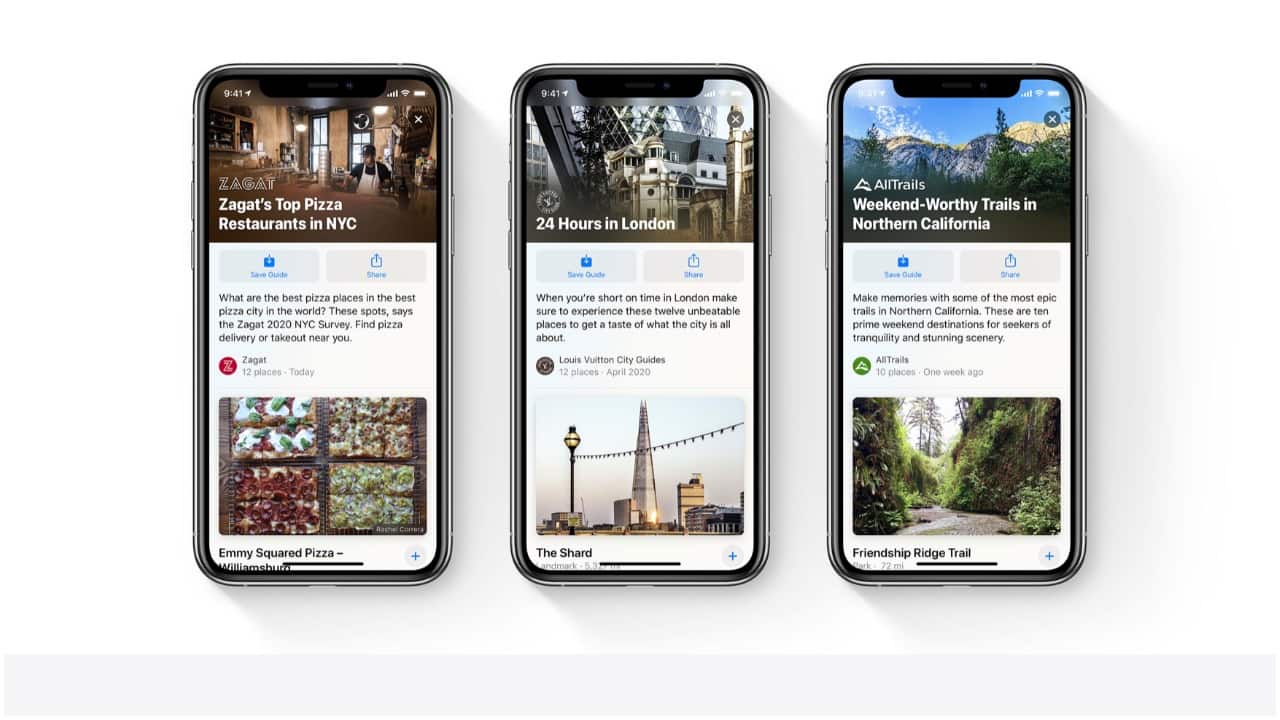 There is a new Translate app that supports up to 11 languages.

Siri, which according to Apple is now 20 times faster, gets a compact design and now occupies the bottom row of the screen when invoked.

Safari is more responsive, powerful, and private in iOS 14. Apple claims that it loads pages 50 percent faster than Chrome. You can also translate websites in seven different languages. It also warns you if a password you are using is not secure.

A big update that AirPods users get in iOS 14 is Automatic Switching. AirPods will automatically switch between devices by recognising if you put down your phone and pick up your iPad, or if you are using your iPad and you get a phone call, it will switch back and connect to your iPhone.

The same feature is supported for Mac too.

Regarding Privacy, Apple stated that all of its App Stores will show users the data collected by developers and what it would be used for. iPad OS 14 gets all the features of iOS 14 and some additional iPad-specific tweaks. Scribble anywhere using your Apple Pencil. iPad OS 14 also converts your handwriting into text, which can be copied and pasted on different apps. 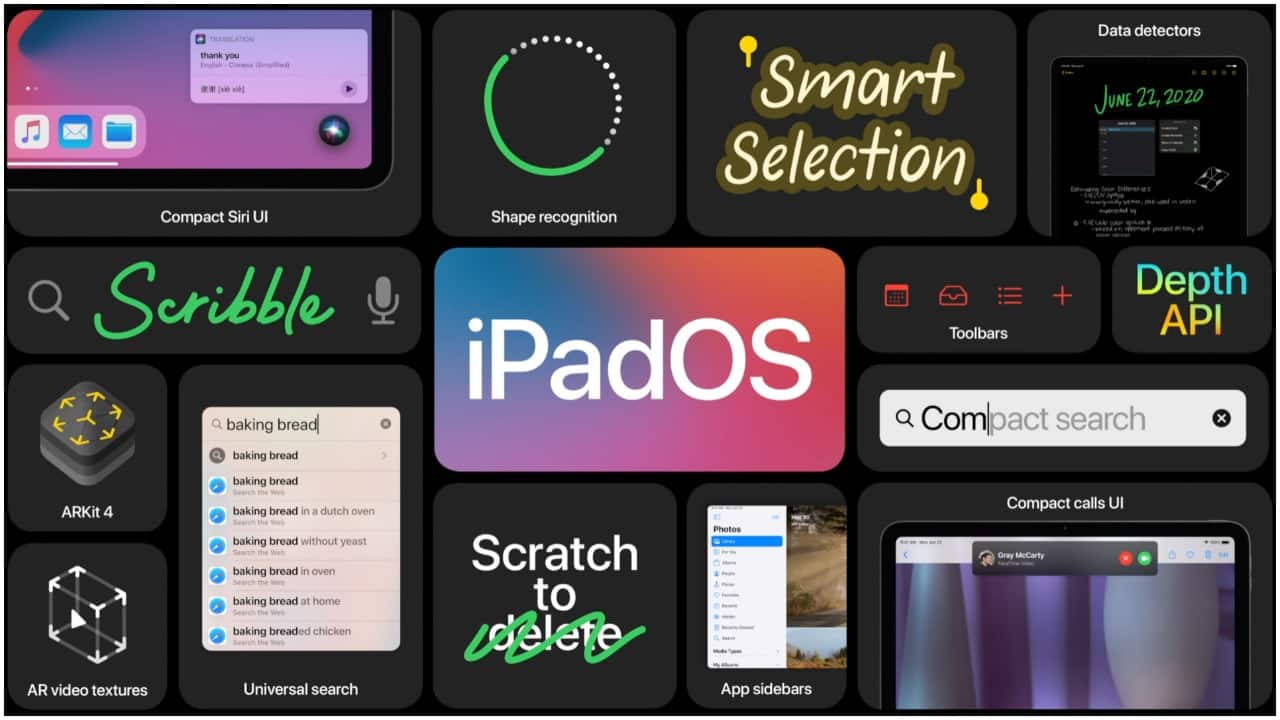 Several apps that take advantage of the big screen of the iPad and offer multiple options for organising content.

Watch faces are now customisable with watchOS 7. Each app can now offer many complications, allowing users to add more in their watch faces. You can also share the watch faces you have created via text, email, or posting a link online.

The biggest update to watchOS is Sleep Tracking. There is a Sleep Mode that turns on automatically when you go to bed. Sleep Tracking also offers you various tools that help you analyse the quality of your sleep.

Apple Watch now automatically detects when you begin washing and helps you keep going for the amount of time recommended by global health organisations. 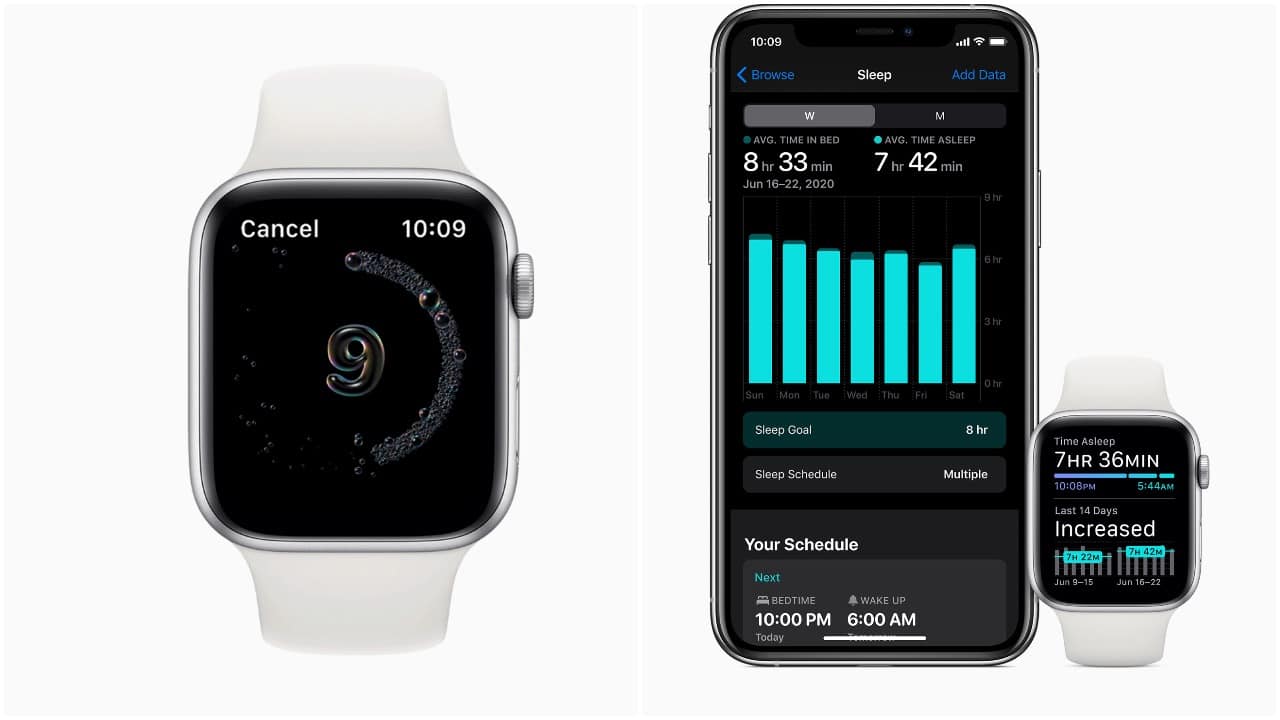 Fitness is always a key focus in any watchOS update and the same goes with watchOS 7. Dance, Core, Functional Strength training and post-workout Cooldown are the newest additions to workout modes on watchOS 7.

Apple TV users can now access HomeKit-enabled video cameras and accessories by using Siri or Control Centre and receive doorbell notifications on the big screen with live feeds showing who is there.

tvOS 14 expands multi-user capabilities to include Apple Arcade and other games. This allows users to instantly resume games exactly where they left off. Through the Control Centre, players can switch between users, check the game progress, achievements, leaderboards, etc.

macOS Big Sur gets the biggest visual update since OS X. You now get a customisable Control Centre on macOS Big Sur, giving you access to controls like Wi-FI and Bluetooth. You can also add controls and drag them to the menu bar. 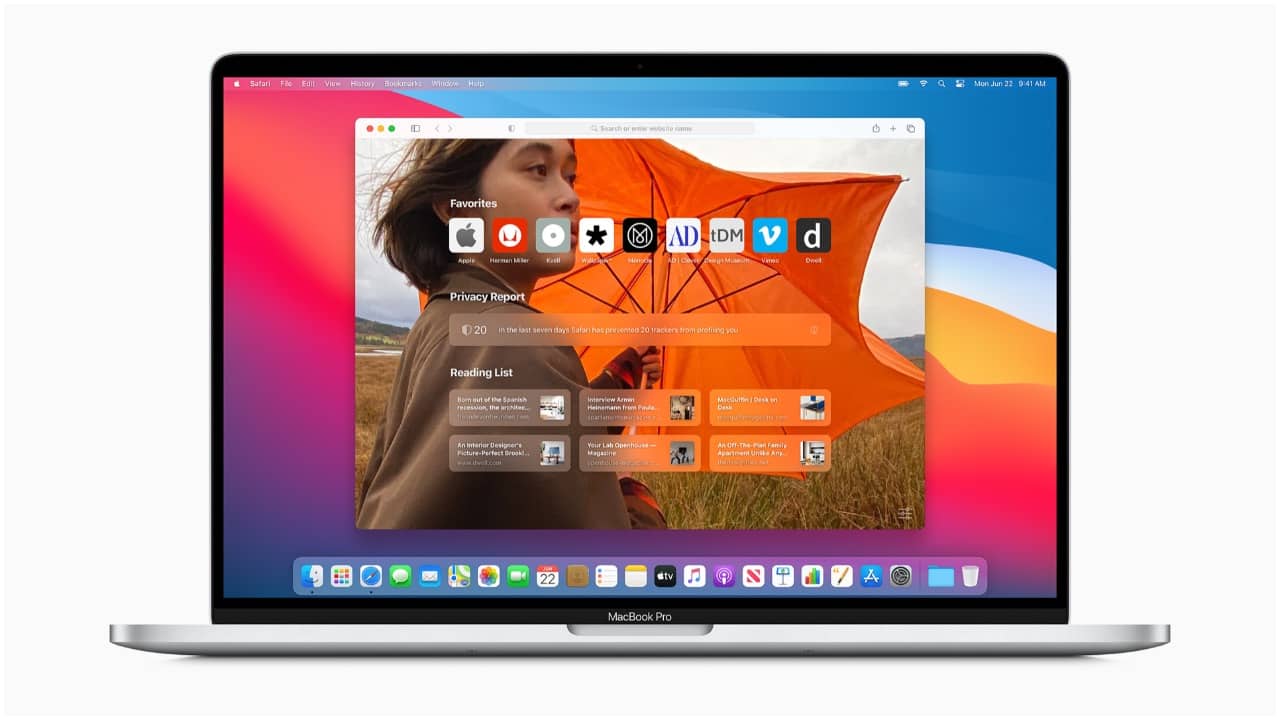 Notification Centre gets a new design, combining notifications and widgets in a single view.

Safari on macOS Big Sur gets a customisable background image on the start page. There is also a dedicated Safari Extensions category for easier discovery of extensions. Safari will also ask you which websites each extension can access.

Web Page translation, which is currently in beta, can translate web pages between seven languages. Safari also uses Intelligent Tracking Prevention to identify and prevent trackers from profiling or following you across the web. It will generate a weekly Privacy Report on your start page showing how it protects your browsing across all the websites you visit. There is a dedicated button on the toolbar for the same.

Messages and Maps on macOS Big Sur get the same set of new features introduced on iOS 14 and iPadOS 14.

Apple confirmed that it will make a transition from Intel chips to its custom Apple Silicon chips for the Mac. This custom chip will drive the next generation of Macs and help introduce new features faster while making them more efficient to use.

“From the beginning, the Mac has always embraced big changes to stay at the forefront of personal computing. Today we’re announcing our transition to Apple silicon, making this a historic day for the Mac. With its powerful features and industry-leading performance, Apple silicon will make the Mac stronger and more capable than ever. I’ve never been more excited about the future of the Mac,” Cook said during the Keynote.

The software updates for developer beta have been released. Users can expect the public beta update in July, followed by a stable release in Fall.