Microsoft has the maximum number of patents in the artificial intelligence (AI) space, according to a report.

Five of the top 10 companies are US-based, two are Japanese, one Korean, one Dutch and one German.

“The more countries in which an invention has been patented, the higher the perceived international market potential for the patented invention,” the study said.

Microsoft recently released new machine learning products. It is even planning to train 15,000 in AI-related skills by 2022. 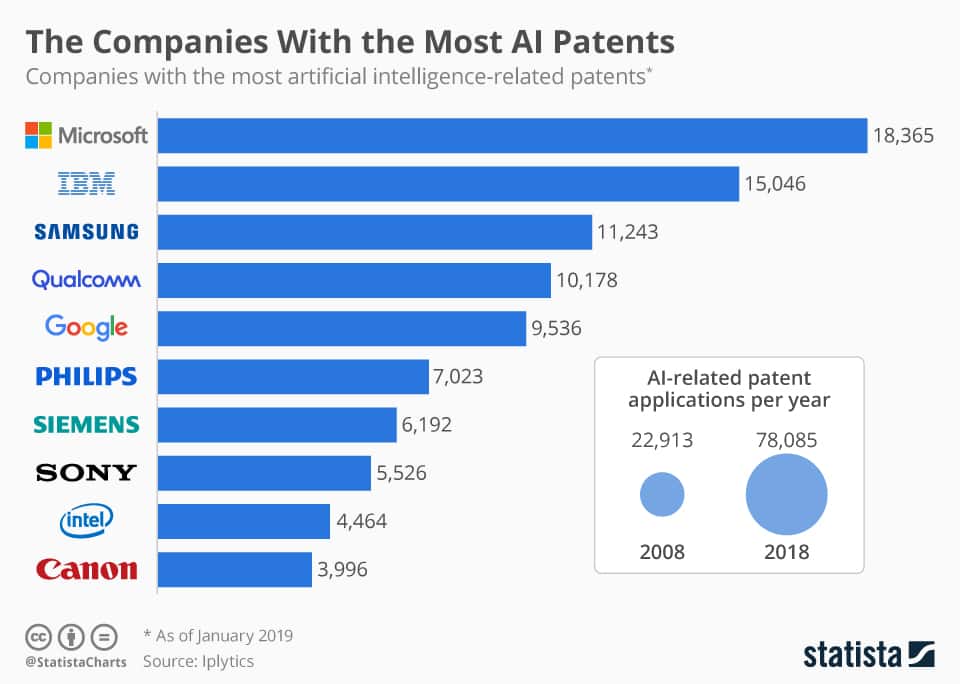 Data-related challenges are the major reason AI projects get halted or cancelled, according to Arvind Krishna, senior vice president at IBM.

Patents related to AI have become necessary over the years. Over 9,000 patents were filed in January 2019 alone. 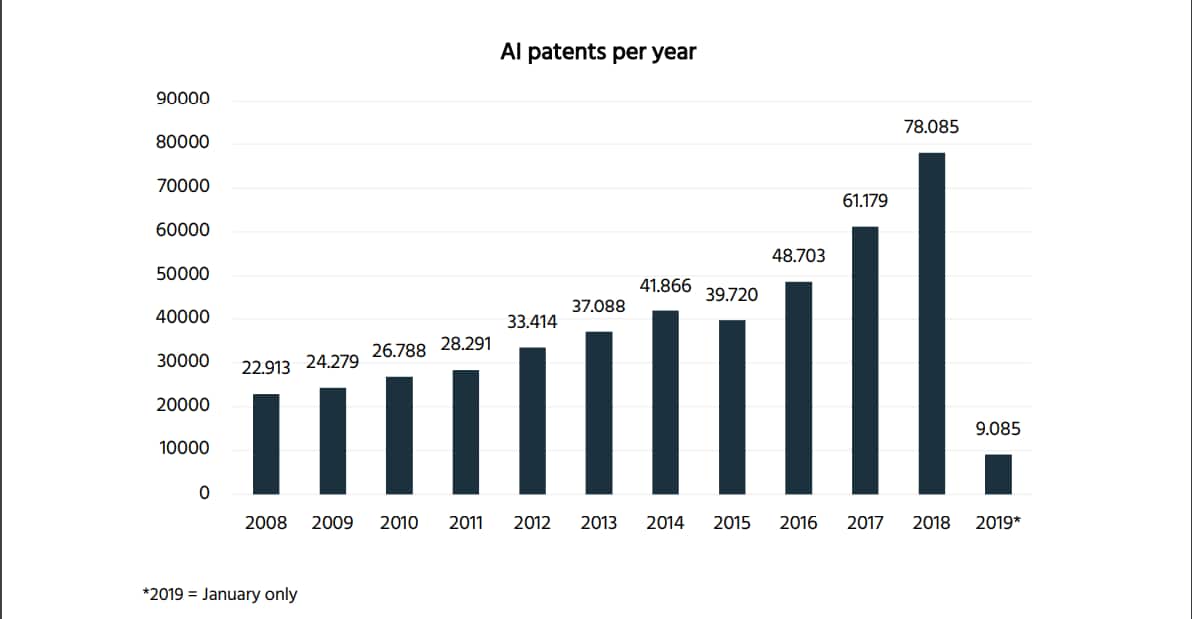 The market for AI software market is expected to grow 154 percent in 2019 and 2020, according to market research firm Tractica.

In March 2019, most of the funding in the AI space was towards machine learning, according to data from Venture Scanner and Statista.