More than 10 lakh electric vehicles have been registered in India since 2019, according to government data.

The number of electric vehicles registered in India crossed 1 million, with no indication that incidents of e-scooters catching fire discouraged purchases.

Electric vehicle registrations climbed to 419,000 in 2022 from 161,000 in 2019, according to data shared by Krishan Pal Gurjar, minister of state for heavy industries, in a written reply in parliament.

The rise in registrations comes after an industry-wide cut in the goods and services tax rate on EVs to 5 percent.

In total, more than 1 million EVs have been registered in India during the past three and half years. This, however, pales in comparison with 64.5 million non-electric vehicles registered during the same period. 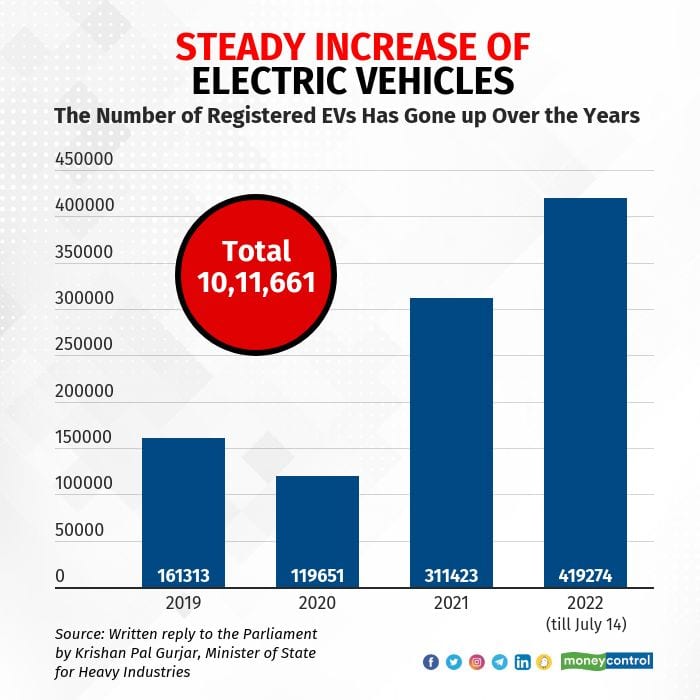 Data on the Ministry of Road Transport & Highways’ VAHAN dashboard shows that while the number of EV registrations rose in 2022, a month-wise breakdown shows a decline of 9 percent in sales in May, after several incidents of EVs catching fires were reported in the previous two months. 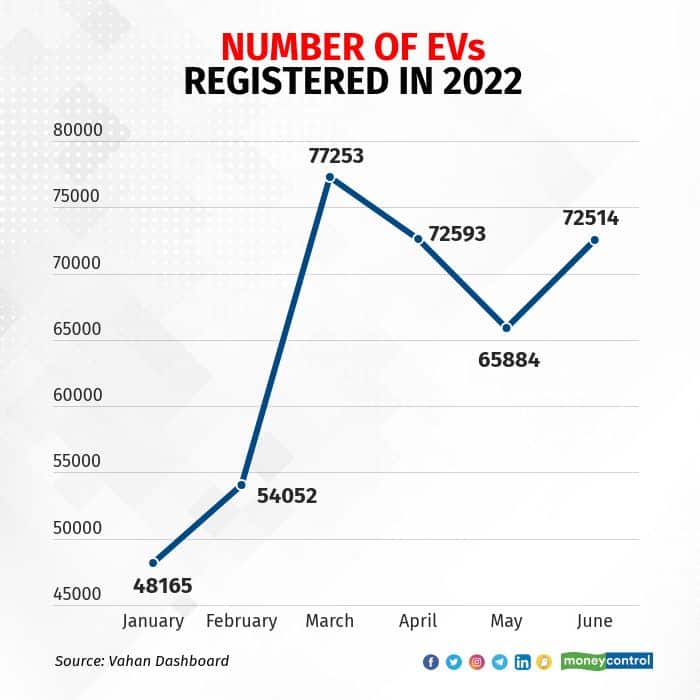 The ministry also sent show-cause notices to the top executives of EV companies associated with the incidents.

However, fears among consumers seem to have subsided as the number of registrations climbed back up to above 72,000 units in June. Uttar Pradesh tops the list of states with the most EVs on the road. The state has more than 330,000 EVs, far ahead of New Delhi, which has 150,000 EVs and comes in second on the list.