Mercedes-Benz EQC review: A silent acceleration into the future

The EQC gets traditional SUV styling, complete with a grille up front. The styling is different, however, and the EQC will stand out when placed among other Mercedes SUVs.

As far as electric vehicles go, Mercedes-Benz has done a brilliant job of their first one ever. With a powertrain run entirely on electricity and looks at aren’t polarizing, the company has seemed to hit a sweet middle spot.

Electric vehicles (EVs) have been around for a while, but not in the capacity that they are today. While the Mahindra eVerito is the longest-running EV in India, it is by no means, the most advanced. And while the need for EVs is growing, manufacturers will do all they can to move into that new era.

For Mercedes-Benz, the kick-off took place with the launch of the Mercedes-Benz EQC, an SUV that runs plainly on electricity but behaves exactly the way you would imagine a car would.

Starting off with design, Mercedes hasn’t bothered with a futuristic approach. The EQC gets traditional SUV styling complete with a grille up front. The styling itself is different, however, and the EQC will stand out when placed among other Mercedes SUVs. What Mercedes has done is they haven’t scratch-built this car, they’ve just electrified the GLC and that is what you get to see. Just to elaborate, the bonnet is a nice long unit that starts off with a bespoke EQC grille and headlamp units. The grille itself also houses an LED strip at the top. The rear has an odd look to it. For some reason, it felt like Mercedes could have done a little bit more. The lack of exhaust tips probably adds to this feeling of emptiness. The most aggressive thing on the EQC, however, has to be the 20-inch alloys exclusive to the EQC.

Stepping inside, it feels exactly the way a Merc would. Soft-touch and upholstered panels wherever needed, dual-tone leather and suede seats that are extremely comfy and a range of buttons and switches and screens to show and control what your car can do, and of that, there is so much that we didn’t get time to test it all out. At this point, I should probably mention that I had the EQC for just a day. That’s just as well because I don’t have a charger hooked up in my parking lot and it would’ve been useless taking it home with me. That said, there is a need for better-charging infrastructure, but that’s another topic for another article.

Back to the EQC. Sitting in the driver’s seat you have the steering wheel in your hand. It is electrically adjustable as well as heated. It has controls, the left of which controls the centre console and the right side controls the instrument cluster. Speaking of which, the dash and the infotainment system are all one big unit, the exact way Mercedes seems to be going with the rest of their lineup as well. This time, however, the infotainment system is a touchscreen unit. It does get a touchpad as well, but the touch functionality is something we really missed on other cars. Moving to the back now, there is space aplenty. Drivers usually sit nice and close to the steering wheel so the passenger behind them is usually the most comfortable. I hopped on to the passenger side in the front and set that to my preference, but the rear was still roomy. I had ample legroom to move around in and a taller person than me would enjoy it as well. They would also enjoy the headspace that the EQC offers, but then this is an SUV and headspace is usually not so much of an issue.

Let’s get down to driving now. I have to admit, when I first took it out of the dealership, I was kind of disappointed. But that lasted probably a minute or so because I then saw that I was driving in Eco mode. The tamest mode of the four, the Eco mode is a disappointment in any car. It dumbs down the response while trying to save energy (or fuel if you’re in a conventional car) as much as possible. 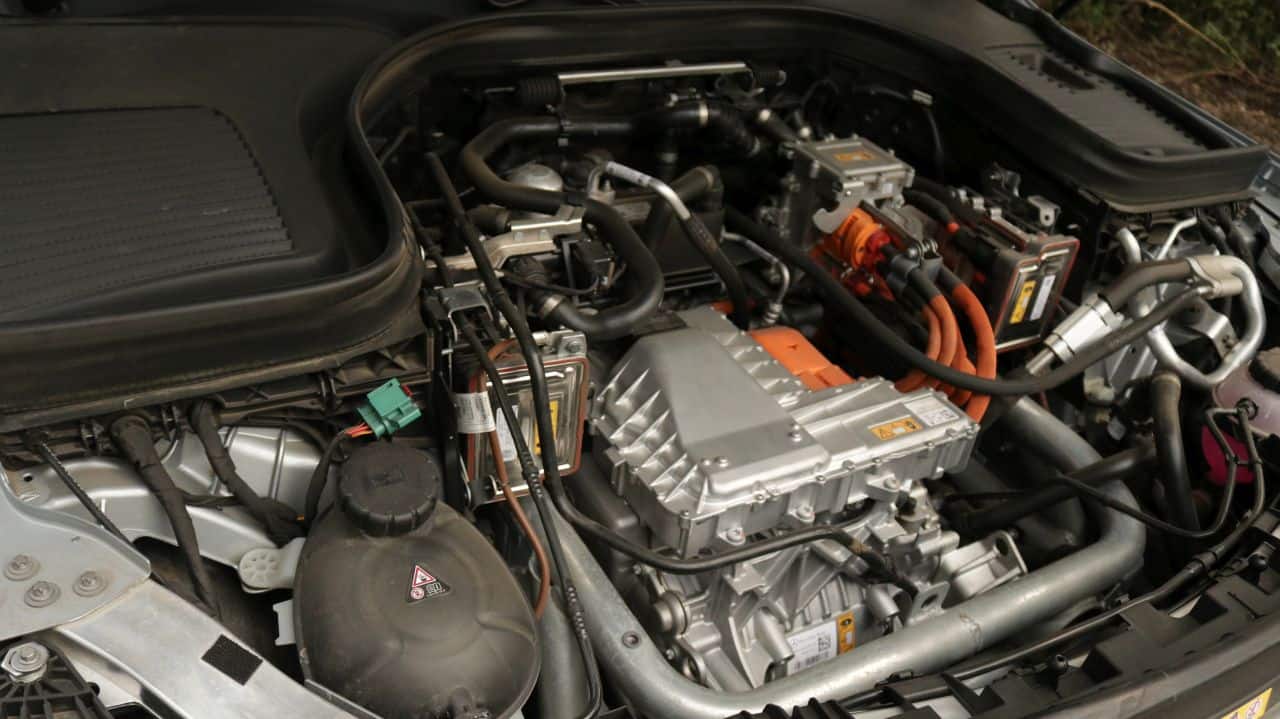 Switching the mode to Comfort immediately gives you the feeling that you’re not in an electric car. I mean, you know there aren’t thousands of mini explosions taking place just in front of you and the sound of silence is there to prove it, but you just can’t believe it. The EQC drives exactly the way you would expect a combustion engine car to drive. There is 700 Nm torque right off the bat but the 408 PS dual asynchronous motor really shows what it is made off. But the EQC is an electric car and with that comes the weight of the batteries. These sit under your feet, but even there, you can feel all two and a half tonnes of the SUV. There is plenty of body roll and the suspension is usually squishy on bad roads.

To change that you need to go into sport mode. While the engine does get more responsive, the suspension stiffens up a bit as well giving you better control over the body roll, but it’s still not enough. Higher speeds on curvier roads will make you feel like you’re in a small fishing boat stuck in the middle of the high seas. 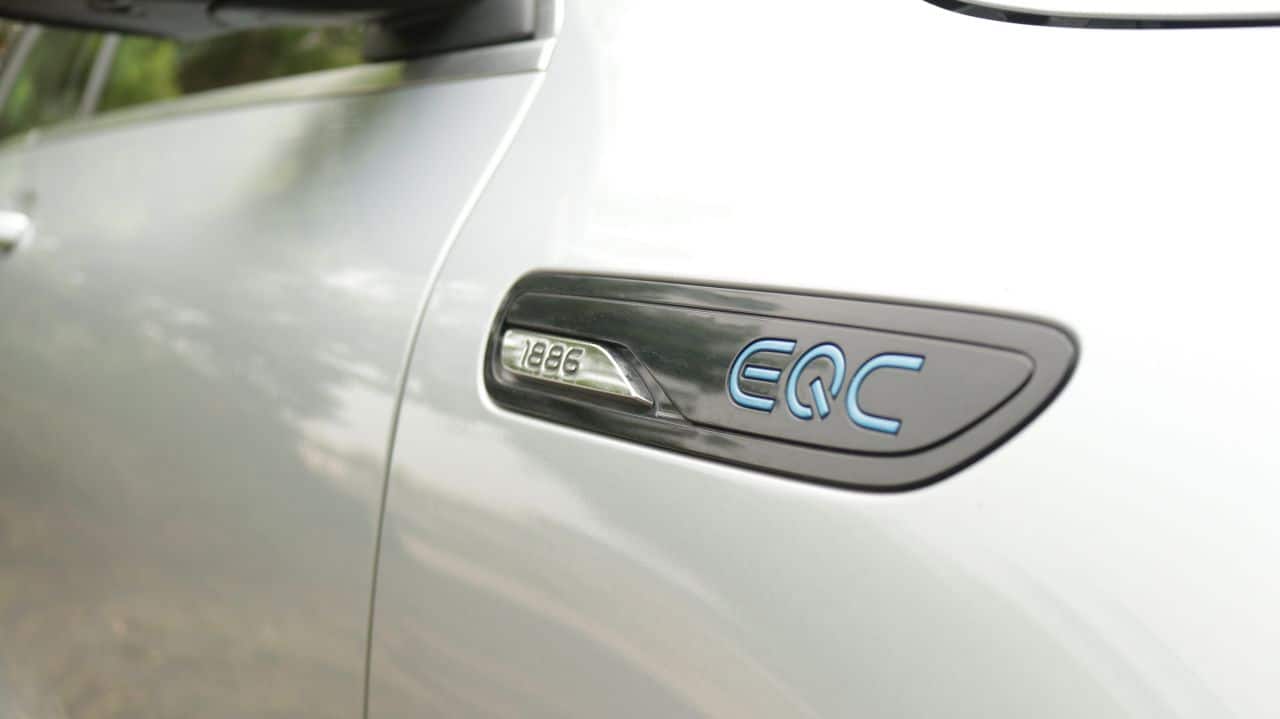 For the most part, however, this is the extent of the EQC’s short-comings and everything else is just exquisite. Safety features and driving aids are aplenty on the EQC, as it should be. The car gets radar-based adaptive cruise control with lane-keep assist, airbags in all the right places, stability programme, ABS, EBD, hill hold, hill-start, yada yada yada.

With your new touchscreen infotainment system you also get Burmester audio, three-zone climate control, massaging seat function, heated front seats with lumbar support and bolster adjustability. The boot space is big enough to fit a body in and there is 12 V socket in case their phone runs out of charge. There’s wireless charging, a boat-load of USB Type-C connectors, air vents all around and many other features that I probably missed. Overall, for the first wave of the electric cars that are slowly taking over the world, the Mercedes-Benz does the perfect job of transition. It offers decent power, a fairly decent range and virtually non-existent fuel prices. Now, all we need to figure out is how to get those prices lower than the Rs 99.30 lakh that it currently commands.
Invite your friends and family to sign up for MC Tech 3, our daily newsletter that breaks down the biggest tech and startup stories of the day
Stanford Masters
Tags: #Auto #electric car #Mercedes-Benz #Mercedes-Benz EQC #review #Technology
first published: Oct 24, 2020 02:29 pm