Apple Watch Series 6 review: It only gets better

Apple Watch has been among the consumer’s hot favourite smartwatches for years. Analyst reports from various firms state that various iterations of the Apple Watch have been the top-selling smartwatch for years.

More than making a premium statement, the Apple Watch has been home to several essential features that truly make it “The Smartwatch”. Apple Watch Series 6 is the latest smartwatch launched by the US-based company that makes the iPhone 12 (review).

Series 6 holds the “future of health” on your wrist, claims Apple. The company makes the bold statement on the basis of health and fitness-related features that it has packed inside a tiny square-shaped piece of hardware that starts in India at Rs 40,900.

Apple Watch Series 6 is the company’s most premium offering among the two smartwatches It launched this year. The Series 6 has a couple of more features along with a faster processor packed inside an aluminium or a stainless steel case. You also get more colour options with Series 6.

The design on the Apple Watch Series 6 is the same as its predecessor, Series 5. You get a square-shaped design with a curved outline in 40mm and 44mm variants. To differentiate the Series 6 visually, Apple is offering the smartwatch in more colour options in both aluminium and stainless steel casing. Our Apple Watch Series 6 is of 44mm size and comes in a Blue aluminium case. You can also opt for the standard Silver, Gold, and Space Grey colour options. 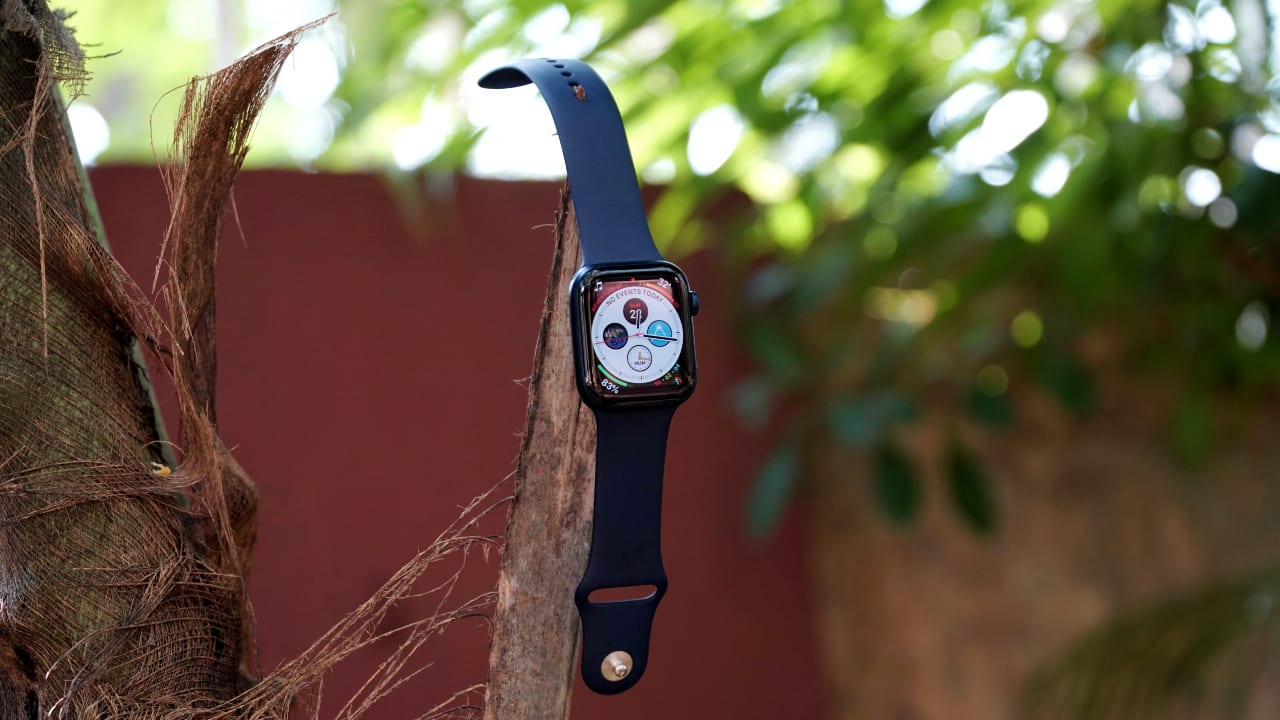 Just like the Watch SE, Series 6 has a circular crown that can be used to scroll through the list of Watch faces. You can also press the crown to check the list of apps installed on your Watch, or long-press it to invoke Siri. Below the crown is another multipurpose pill-shaped button that can be used to invoke the multitasking window that lists out the recently-opened apps. The same key can be long-pressed and used as a power button.

What has improved in Series 6 is the always-on OLED display that is 2.5 times brighter than its predecessor. It certainly is brighter than the Watch SE, but even that Watch did not give me any issues in direct sunlight. In case you are concerned about the screen durability, Series 6 is as durable as the Apple Watch SE (Review), if not more. I accidentally hit the watch a couple of times with the display facing towards the hard surface. Fortunately, nothing happened and the Watch did not even get a scratch. Under the hood, Series 6 comes with a new S6 chip that, theoretically, is 20 percent faster than Series 5 and the Watch SE’s S5 chip. The difference is not noticeable but if you are coming from a Series 3 or older, you will certainly notice the improvement in performance.

One more thing that is better on the Apple Watch Series 6, compared to older Apple Watch models, is the battery life. I got close to 24 hours combined on a single charge for my use case, which included controlling music, managing notifications, attending/disconnecting calls, a 30-min workout mode, checking the ECG and Blood oxygen feature, etc. I had enabled the always-on display functionality throughout this Apple Watch Series 6 review process. On average, Series 6 can last up to two days, depending on the set of features and functions you use. The Watch SE, however, offered a slightly better battery life.

I did not use the Sleep tracking feature simply because I am not comfortable wearing a watch on the wrist while sleeping. Instead, I used the time to charge the watch overnight, which according to Apple, should charge completely in 90 minutes.

On the underside, Series 6 gets new sensors for the flagship feature Bloody Oxygen, aka SpO2 reading. The feature is certainly handy to have, especially during the times of COVID-19. While we are at it, let’s get on to the Apple Watch Series 6 health and wellness features.

The flagship feature of Apple Watch Series 6 is the ability to measure the oxygen saturation of your blood. The Watch uses the new blood oxygen sensor that is made up of four LED clusters and four photodiodes.

Once you open the Blood Oxygen app on your Apple Watch and start the reading, green, red, and infrared LEDs will shine light onto the blood vessels in your wrist, and photodiodes measure the amount of light reflected back. Apple Watch uses advanced algorithms to calculate the colour of your blood, which indicates the amount of oxygen present. 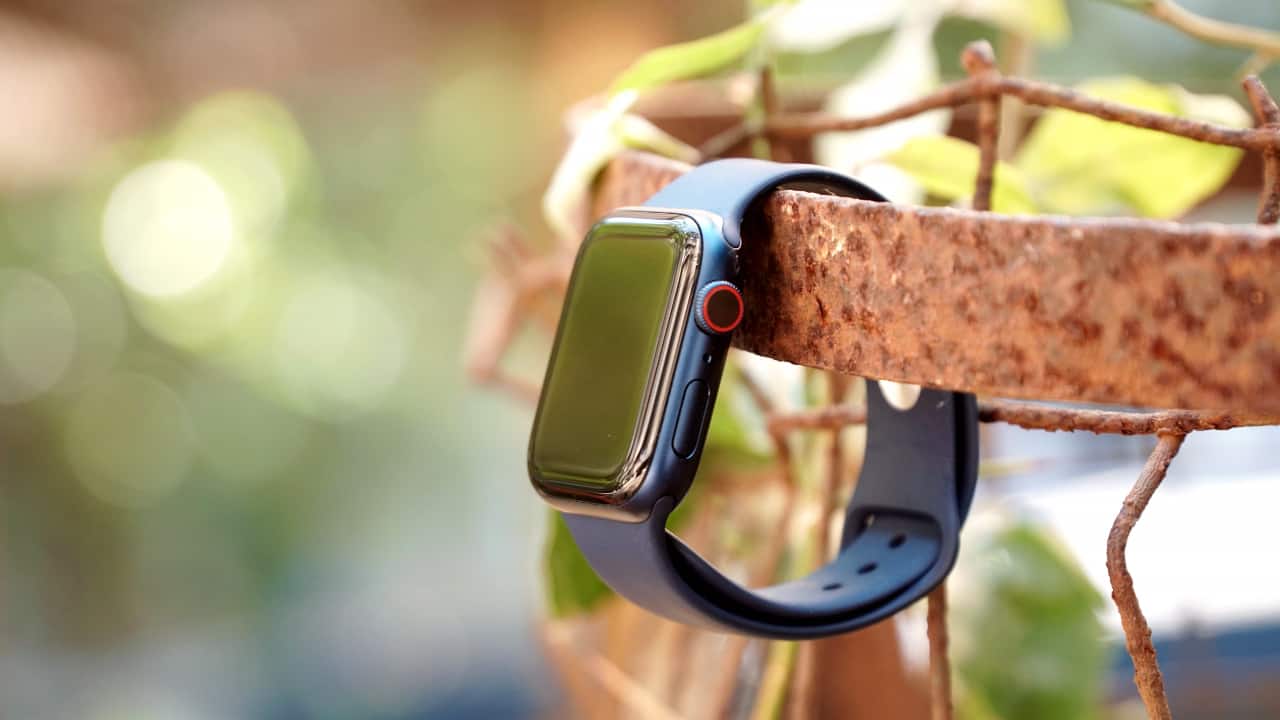 You need to place your hand on a flat surface and stay still for 15 seconds till the time the watch performs the task. There were a couple of times wherein the Watch showed a “measurement was unsuccessful” error despite me not moving at all. When successful, I got a reading of 97-99 percent, which is above the minimum requirement of 95 percent.

Keep in mind that Blood Oxygen app measurements are not intended for medical use, including self-diagnosis or consultation with a doctor, and are only designed for general fitness and wellness purposes.

Another feature that has been quite popular is ElectroCardiogram, popularly known as ECG. You are required to open the ECG app on the Watch and touch the Digital Crown for 30 seconds to start the recording. The app will indicate whether your heart rhythm shows signs of atrial fibrillation — a serious form of irregular heart rhythm — or sinus rhythm, which means your heart is beating in a normal pattern.

Other Apple Watch Series 6 features include Sleep tracking, which uses the inbuilt accelerometer to track your movements while you are asleep. Apple states that the feature is capable of differentiating between your sleeping and waking states. watchOS 7 also comes with a bedtime mode that disables all your notifications 30 minutes before your set bedtime. Apple has also added another key feature - Hand washing - that comes in handy during the pandemic. It uses the inbuilt microphone and motion sensors to see if you are washing your hands properly for 20 seconds, as per the guidelines laid down by the World Health Organisation (WHO). Once the Watch detects that you are washing hands, it will start a 20-second timer. If it detects that you have not washed your hands for the advised 20 seconds, it throws a message on the screen.

There is also Fall Detection that is by default enabled for the ones who are 65 years and above. Others need to enable the feature in the Watch app on your iPhone. Fall detection feature sends a message alert to the user’s emergency contacts and also contacts emergency services if it has detected a fall and the person is not moving for a certain amount of time.

Apple Watch Series 6 comes with a bunch of workout modes like running, walking, cycling, yoga, elliptical workout, etc. watchOS 7 also introduces new fitness metrics for dance, functional strength training, core training, and even for post-workout cooldown. You can enable any of the available workout modes via the workout app on your Apple Watch to achieve your daily workout goals. 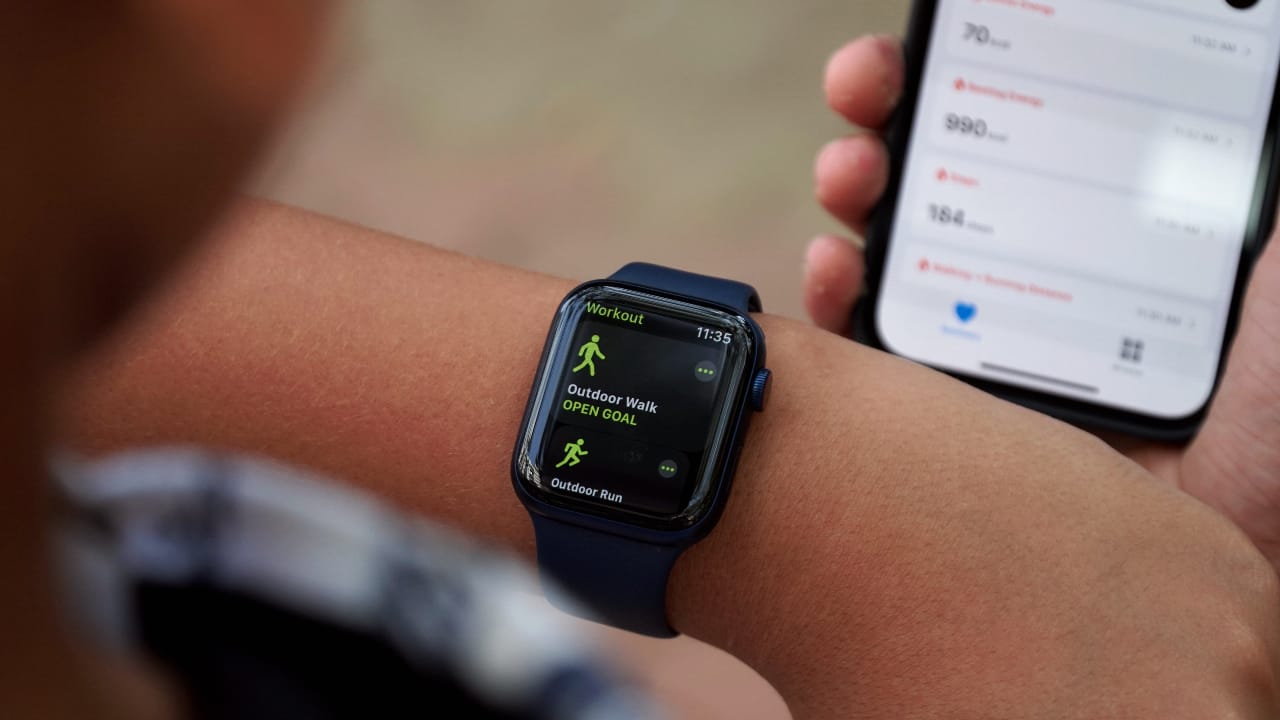 The smartwatch will remind you to complete your exercise rings and standing for 12 hours at least. A thing that I noticed is that the “Stand” readings have got a lot more accurate compared to the previous generation Apple Watch models.

You can check the data in the Fitness app, which was formerly known as the Activity app.

Apple Watch Series 6 running on watchOS 7 comes with new Watch Faces. You can share custom faces with your friends through Mail or the Message app. You can also download a customised watch face and install any third-party app with a single tap.

Another new addition to watchOS 7 features is Family Setup. The feature allows iPhone users to pair an Apple Watch of their family member who does not own an iPhone. One of the benefits of being a part of the ecosystem is that the Watch can be used to perform some of your tasks without lifting your iPhone. Replying to texts, answering a call, checking notifications, switching to the next or previous track, adjusting the volume, etc., can be done simply by tapping on the screen on your wrist. Also, if you have a pair of AirPods and an Apple Music subscription, you could simply leave your iPhone at home wear the Watch SE, and go for a run.

Apple Watch Series 6 is the best smartwatch you can buy in the market. Apple has improved the tech packed inside its flagship smartwatch to offer users an improved, refined, and polished experience. The combination of great form and functionality makes the Apple Watch Series 6 a compelling option for iPhone users out there.

You can buy the Watch Series 6 if you want a different coloured case or the stainless steel material. Let’s not forget the great set of features you get with the Series 6.

The Series 6 also offers a faster processor than the Series 5 and SE, which would be useful at the end of the watch’s life. You are also likely to get a year extra worth of software update considering that the Watch Series 6 features the latest chip.

Apple Watch SE, on the other hand, offers more value for your money. It sure does miss out on those modern colours and a couple of other features but we don’t see it to be a deal-breaker. Apple Watch SE is a smartwatch for the masses who use an iPhone and want a premium experience. You can click here to check our Apple Watch SE review.

If you are a Series 3 user, you are definitely going to appreciate either of the smartwatches. We don’t see the need of Series 5, or even Series 4 users upgrading to the latest Apple Watch models. Series 5 is still a great smartwatch, and Series 6 only gets better with its upgrades.

If you are a first-time Apple Watch buyer, you are spoilt for choice. While Apple Watch SE offers the best value, Watch Series 6 is the best smartwatch that Apple has made to date.

Regardless, you are getting the best smartwatch out there to hit your health and fitness goals.