"Pai has agreed to send us a draft startup policy. We already have startups. We will refine and will move forward, and make West Bengal and Kolkata startup capital of India," he said.

"Mohandas Pai will lead the startup movement in West Bengal," Mitra told reporters at the investment roadshow, organised jointly by the West Bengal government and FICCI here. Mitra said Pai has agreed to send a draft of a startup policy, which would be refined and taken forward to make Kolkata and West Bengal the startup capital of the country.

"Pai has agreed to send us a draft startup policy. We already have startups. We will refine and will move forward, and make West Bengal and Kolkata startup capital of India," he said.

The Minister also said that in the endeavour to give a boost to the startup business in West Bengal, it would take Sourabh Srivastava, founder of Indian Angel Network, on board. Moreover, in the upcoming Bengal Global Business Summit a special space will be given to starups, he said. Talking about investments in West Bengal, Mitra claimed the state has attracted Rs 87,000 crore investment, including from leading corporates, during the last three years.

Tata group company TCS is building 40-acre campus to house 20,000 IT professionals. "They will be done by this year and will be inagurated next year," he added. Among other mega investment projects, Anil Ambani-led Reliance Group is investing Rs 600 crore for its proposed cement plant on 100 acres of land, Mitra said. 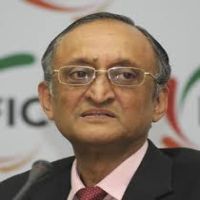 Reacting to West Bengal government suffering from a perception problem, Mitra said the reality is distinct from the perception because of the 34 years rule of the Communists in the state. "Nobody writes about the reality, but highlights the perception of the state. The reality has to reach to the people of the country, and media can do it for us," he said.