RBI expected to keep repo rate unchanged in near term

RBI’s decision to keep repo rate unchanged, in line with market expectations, was driven by the rising apprehension about uncertainty and upside risks to inflation trajectory going forward. It is clear that the RBI does not intend to take a premature call and will wait and watch till clear picture of the macroeconomic scenario emerge - both domestically and globally.

The recent developments in the economy are showing mix picture as far as the inflation is concerned. Both wholesale price and consumer price inflation has moderated significantly in the April thereby narrowing the gap between two indices. However, exclusion of the indirect tax, use of the geometric mean in place of the arithmetic mean and usage of the average rate of sale of power of selected generating stations to compute WPI for electricity have contributed to a lower reading for the new series of WPI index as compared to old series.

Further, while there has been moderation in the global commodity price index (released by IMF) in recent months, fuel price index is higher by 55 percent and metal price index by around 30 percent, since Jan 2016, thereby putting additional pressure on the input prices of manufactures. However, manufacturers were forced to absorb much of the cost increase, because of subdued demand and it has impacted their’ bottom line.

In the event of recovery in demand, manufacturers might look for passing some of these price hikes in the form of selling price eventually impacting inflation trajectory going forward. Further, more than 80 percent of incremental fall in the wholesale price in April 2017 was contributed by primary article and fuel groups wherein price movement in the primary articles are contingent on the vagaries of monsoon and future of fuel price is dependent on the geo-political concerns. 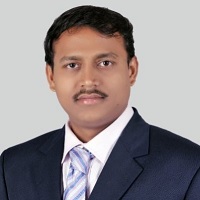 Future policy decision by RBI will depend on five development/factors in the near future.

Firstly, the impact of continuing remonetisation on the revival in demand especially discretionary consumer spending. While the impact of demonetization on the informal segment of the services sector (especially MSMEs segment) and the protectionist policies on the formal segment of the services sector can be only be gauged in the subsequent quarters, remonetization is likely to restore growth momentum.

Reduction in the lending rate and disbursement of 7th central pay award allowances are expected to provide impetus to the demand growth going forward. Further, expectations of normal monsoon and likely increase in the farm income would help increase in rural demand. The pace and quantum increase in the growth of demand will certainly have bearing on the inflation trajectory in the midterm.

Second, Businesses and markets face an uncertain period regarding the geo-political development. Policy direction of the Trump administration, the outcome of Brexit, elections in several European countries, North Korea's nuclear program, China slowdown, rising threat from ISIS and recent crisis in Qatar are not only expected to impact the global growth recovery but also create uncertainty in the global commodity prices especially crude oil price which in turn impact imported inflation.

Forth, the period and quantum of fed rate cut by fed authority will impact capital inflows and hence currency movement.

Fifth, the implementations of GST and its impact on the supply chain.

It is evident from the policy announcement that the RBI is more concerned about rising upside risks to inflation. While the projection of normal monsoon will bring some cushion to the farm productivity, geo-political uncertainty along with fiscal slippage might entail inflationary pressure. Given expected improvement in the domestic demand, likelihood of increase in the imported inflation along with upside risks to inflation trajectory, RBI is expected to keep repo rate unchanged in near term. Further, development of monsoon will have some bearing on the policy outcome in next two policy review.