DATA STORY: Girls are fast gaining on boys in literacy and how. Find out

Girls are catching up with boys in terms of literacy as the difference in literacy rates between them has been showing a gradual decline over the past three decades.

Girls are catching up with boys in terms of literacy as the difference in literacy rates between them has been showing a gradual decline over the past three decades. Since 1981, literacy among women has improved by 37 percent compared to 26 percent improvement in literacy among males during the same period. Thus, it reveals females aren't far behind males.

The data available on the government website shows different figures in terms of male/female literacy, but the pattern of growth remains the same.

The gender gap in adult literacy rate between males and females was 19.6 percent in 2011, about 2 percent higher than World Bank's estimate, according to a 2016 report by Ministry of Human Resource Development. 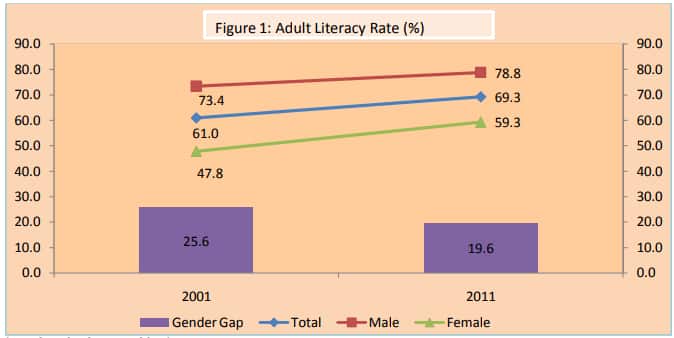 The government defines the adult literacy rate as the percentage of the population belonging to the age group of 15-24 years who can both read and write with understanding a short simple statement in everyday life. 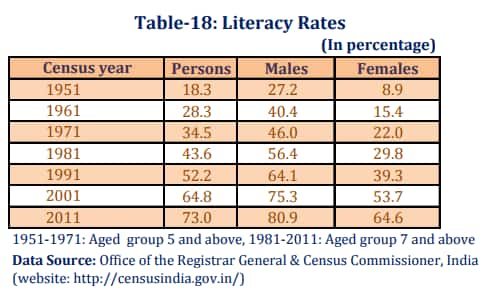 In 2011, the literacy rate of males stood at 80.9 percent while the females recorded 64.6 percent literacy.

Since education is considered to be the single most important factor to ensure gender equality and empowerment, the Gender Parity Index (GPI) indicates the pattern of female students enrollment at different levels of education.

The Gender Parity Index (GPI) is defined as the ratio of the number of female students enrolled at primary, secondary and tertiary levels of education to the corresponding number of male student in each level.

Thus, GPI (based on GER or gross enrollment ratio) is free from the effects of the population structure of the appropriate age group, which provides a picture of gender equality in education.

In 2014-15, the GPI for the primary and secondary level crossed 1.0, which indicates that there was a higher number of female students than male students (see graph above) were enrolled in schools.

"At present, in elementary and secondary education, the enrollment is favourable to females as the corresponding GPI has crossed the limit 1," said the report.

The GPI for higher education stood at .92, indicating that over 92 females students were enrolled in schools for this level against 100 male students. Thus, female students fell short by 8 that was required to reach the ideal GPI of 1. 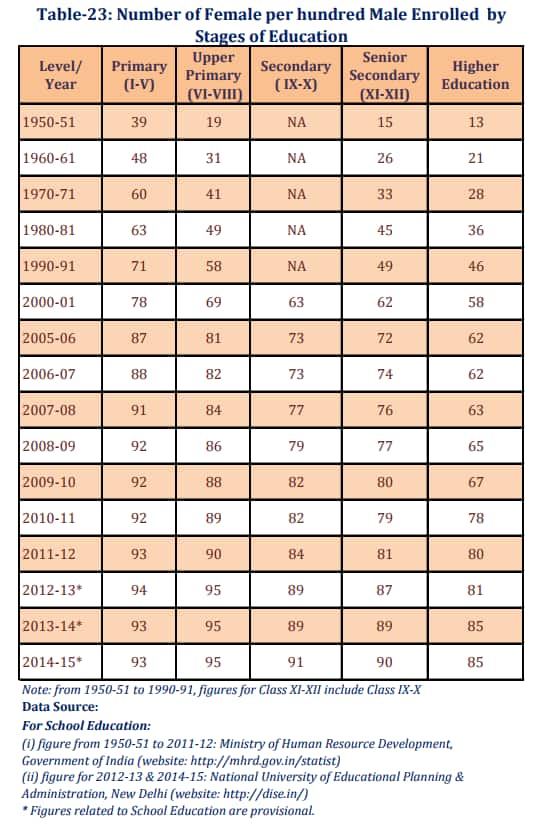 The above table shows the gross enrollment ratio (GER) for 2014-15 for all the levels. The enrollment ratio shows that higher number of females were enrolled in the primary, upper primary, and elementary levels.

The drop in enrollment ratio is accompanied by an increase in the annual drop-out rates as one moves to higher levels of education, with a maximum number of dropouts occurring at the secondary level.

In 2013-14, the secondary level recorded an overall drop-out rate of 17.86, marking a sudden increase in the dropout rates from 3.77 in the upper primary level.

Low enrollment ratio, as well as high dropout rates, are among other factors that added to the slow rise in female literacy compared to males over the three decades.
Anupa Kujur
Tags: #Current Affairs #India
first published: Oct 20, 2017 05:00 pm