AAP bagged 62 of the total 70 seats in the Assembly election held on February 8. Its main challenger, the Bharatiya Janata Party (BJP), won the remaining eight seats. The Congress failed to open its account for the second consecutive assembly election in Delhi.

While the date for swearing-in of the newly-elected Members of Legislative Assembly (MLAs) has not been announced, it is likely to happen later this month. Kejriwal will be sworn-in as the Chief Minister for his third term on February 16 at New Delhi’s iconic Ramlila Maidan.

Here is a brief look at Delhi’s seventh Legislative Assembly:

In 2014, a total of 44 MLAs (63 percent) with declared financial assets of Rs 1 crore or more had won the election. According to an analysis by the Association for Democratic Reforms (ADR), this number has risen to 52 (74 percent) in 2020.

If these number are divided along party lines, AAP MLAs’ average assets are Rs 14.9 crore. Average assets of BJP MLAs is Rs 9.1 crore.

In 2015, there were a total of 24 MLAs who had declared some kind of criminal cases pending against them. That was about 34 percent of the House.

According to the ADR report, the number has now nearly doubled to 43 — about 61 percent.

Of these, nine MLAs have declared convicted cases against themselves.

Serious criminal cases are categories as offences for which are non-bailable and have a maximum punishment is of five years or more. These offences may be related to crimes against women, assault, murder, kidnap, rape and offences under Prevention of Corruption Act, among others. 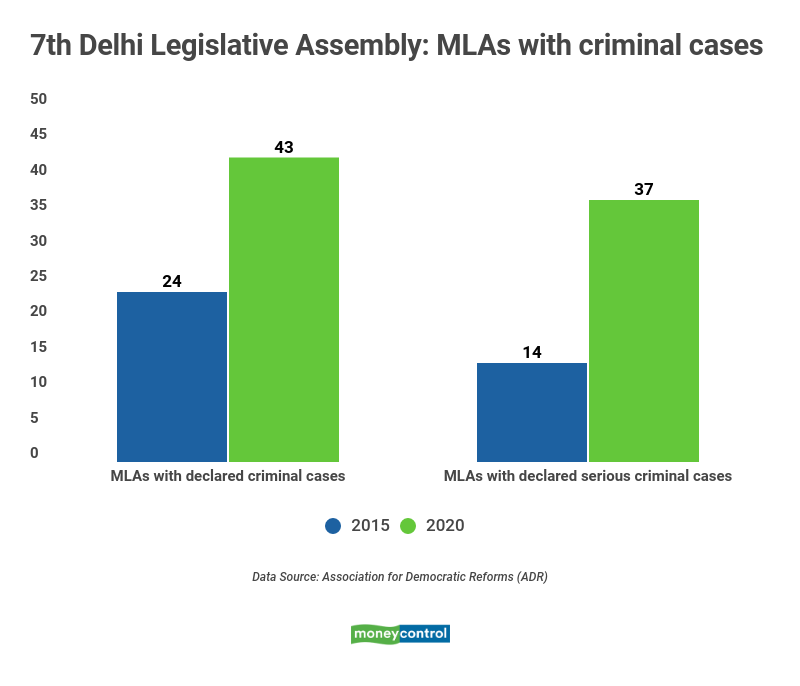 60% MLAs are graduates or more 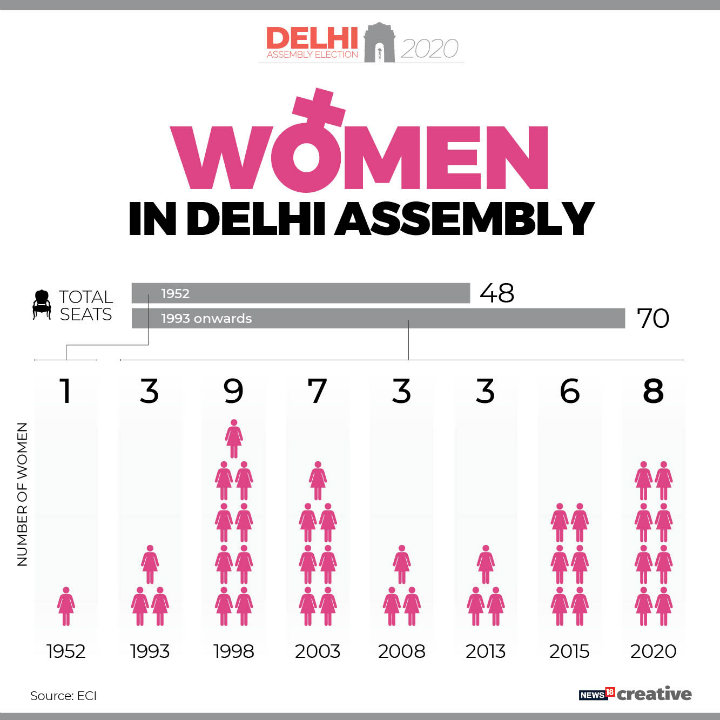