Contest Alert:2 days left to win Amazon vouchers worth Rs 5000. Take the MCPRO Quiz today to grab yours!
you are here: HomeNewsCricket

The animated stumper-batsman pulled the first ball of his Test career into the waiting hands of a fielder. On October 24 against India, he was far more mature, without compromising his effervescence.

Indian captain Virat Kohli, centre, hugs Pakistan's Mohammad Rizwan after Pakistan won the the Cricket Twenty20 World Cup match between India and Pakistan in Dubai, UAE, Sunday, October 24, 2021. Rizwan, 29, is a livewire, whether he's wicketkeeping or haring down the pitch for a run. (AP Photo/Aijaz Rahi)

Chirpiness need not always be verbal. Rizwan, 29, is a livewire, whether he's keeping and communicating with teammates or haring down the pitch for a run and diving to make the crease. (According to a profile on Cricinfo, Rizwan was called ‘Jonty’ on the maidans of Pakistan for his ability to fling himself on rough terrain while playing tape ball cricket.)

On October 24, Rizwan enjoyed arguably the most high-profile success of his career. It was his first ever World Cup game against India. With the gloves, Rizwan timed his leap to the right to gobble up a Virat Kohli edge. With the bat, his 79 not out, and the unbeaten opening stand with Babar Azam, carried Pakistan to a resounding, rare victory over their biggest rivals.

Also read: Kohli the batsman is daunting, but what about his legacy as captain?

The reason for Rizwan’s effervescence, for his easy grin that reveals an enviably even, white set of teeth, became apparent in one interview. “Mujhe cricket se mohabbat hai. Bahut zyada,” he said. “Woh kisi bhi level pe ho, puri koshish ki hai bahut maze se aur khoobsurat tarike se kheloo.” (I’m in love with cricket. A lot. I have tried to always play it with joy and beauty, whatever the level of the competition.)

Will Swanton, a journalist who played first-grade cricket in Australia as a keeper, once wrote in The Australian that his countryman Peter Nevill was sacked from the Test side in 2016 because “his batsmanship and glovework were not strong enough to compensate for the fact that he was an introverted presence on the field. It did not suit an extroverted side.”

The decision, Swanton wrote, triggered a debate. “Should a player be replaced because of his personality type? In Australian cricket, fairly or otherwise, the answer is yes when it comes to wicketkeepers,” he wrote. “Test glovemen are meant to be yapping and clapping.”

Nevill’s rival for the spot, Matthew Wade, was a yapper. To an extent that Kevin Pietersen once asked Michael Slater, “Slats, when a wicketkeeper is constantly in your ear like Wade is here, did it annoy you? Did you want to turn around and say ‘Mate, seriously?’ ”

Slater replied: “Yeah, occasionally there was a keeper that would really get under your skin. If there’s a spinner bowling for a long time and you’re that close, the ball comes out of the middle of your bat and there’s all this cheering and carrying on—generally, they’re known to be chirpers, aren’t they, the wicketkeepers?”

“All (of) us wicketkeepers are chirpy,” former Indian wicketkeeper Farokh Engineer said in a recent interview. “We will always be. As long as you don’t talk when the bowler is coming in to bowl and all that, (it is okay).”

Sometimes, this trait is nourished not just keeping the profile of the job in mind, but also because the individual enjoys it. This is true of Pant, a 23-year-old who is determined to not let the game’s pressures defeat his natural cheer. 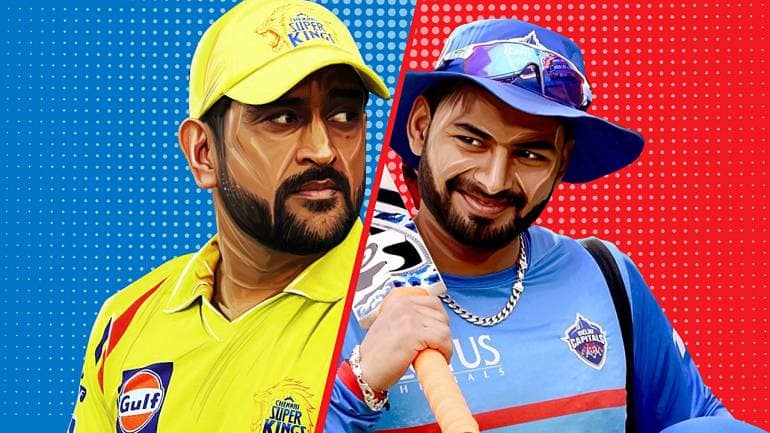 “As a child, why everyone starts playing cricket? It’s because you enjoy playing cricket,” Pant said in an interview. “So when you reach a certain level, you stop doing that (enjoying the game). That’s what I’ve understood over a period of time. And as a cricketer, as a player, as an athlete, I just want to enjoy my cricket. If I can have fun on the field, I should have it.”

It’s a bit of that with Rizwan, too. Besides, it’s also about not backing down during a contest. The very first ball Rizwan faced in Test cricket was a bouncer from New Zealand’s Neil Wagner. Pakistan coach Mickey Arthur had warned him he would be welcomed with jaw-breakers, and that he should be watchful. According to his profile in Cricinfo, Rizwan told Arthur, “Mickey, I don't leave bouncers, if I get one I'm going to play it.”

He did exactly that, but his pull ended up in Matt Henry’s waiting hands. Rizwan had to wait three years for his next opportunity.

“Pehli ball pe pull maar diya tha,” Rizwan recalled in an interview with a grin, feigning contrition but secretly proud of the shot.