Upcoming Webinar:Watch a panel of experts discuss: Challenges of continuously evolving regulation for Cryptocurrency, on 7th July at 3pm. Register Now
you are here: HomeNewscompanies

This November, when Vodafone Institute’s Berlin-based F-Lane accelerator programme for businesses using technology to empower women was in progress, an unlikely participant was part of the online conference: a newborn baby.

But little Aaleen had been part of her mother Hira Batool Rizvi’s entrepreneurial venture even before birth as the 30-year-old founder of She’Kab – Pakistan’s first monthly carpooling app for women – managed operations remotely from Dubai during the pandemic.

“The baby was supposed to be born after I completed the virtual accelerator programme, but she was three weeks early,” smiles Hira.

Like her daughter, Hira too is a woman in a hurry. She was 26 when she launched She’Kab to help fill the gap for safe public transport for urban Pakistani women.

“Car ownership rates are dismal for women, and the state of public transport is terrible. Public vans [small buses] in cities have only one seat in the front next to the driver for women; the rest of the van is reserved for men. The assumption is that the woman’s place is at home. So women who don’t have their own cars end up spending four times as much as men on commuting safely for education or work,” says Hira.

According to a 2017 report, 90 percent women face harassment on public transport and 82 percent at bus stops in Pakistan. Most of these women commuters do not report them due to fears that their complaints will not be acted on by the authorities, or that their families may curtail their independence if they knew the truth.

“Many women drop out of educational institutions or the workforce due to this systemic lapse,” says Hira. 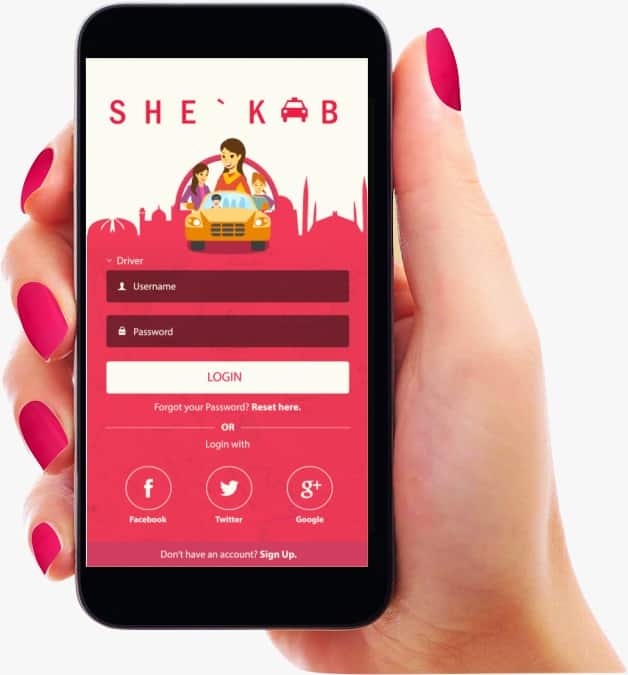 It was a reality that Hira had never really noticed until she reached high school. Daughter of progressive, educated parents, Hira’s biggest role model was her paternal grandmother, who was the first woman to earn a PhD from Osmania University in pre-Independence Hyderabad, where literacy rates were high even a century ago.

Hira’s grandmother moved to Islamabad during the Partition, and where other women in their community were forced to drop out of school in class eight or nine, women in Hira’s family were expected to be as educated as the men. “Equality was really important for me even when I was a child; if my brother signed up for a digital design course, I would too,” narrates Hira, who is the third of five siblings.

Being one of only three girls in a class of 50 boys while doing her A-levels was the first instance that Hira noticed gender discrimination in education. “Girls weren’t expected to take up subjects like math and physics,” she says.

Later, she was one of three girls in a class of 120 boys in engineering college in Taxila, and one of only two women engineers to work at a software firm in a building full of men.

It was after joining Georgia Institute of Technology at Atlanta, US, on a Fulbright Fellowship that Hira had the idea for a safe taxi service for women in Pakistan. Her Master’s in science and technology policy focused on new and emerging technologies.

“I studied the models of companies like Uber and Lyft but I realised that the model would not work in my country,” says Hira, who returned to Pakistan in 2015.

She reached out to her brother Ali Haider who was doing his Master’s in computer science in Berlin at the time. He was only too willing to join her in her new venture.

Together, they set up She’Kab in 2015 and Hira joined the entrepreneur ecosystem in Pakistan. “Women entrepreneurs were becoming a ‘thing’ then and I was one the few,” says Hira. “It was easy for me to penetrate the network.”

She’Kab is a monthly carpooling app for women commuters in four Pakistani cities. The app uses intelligent clustering and route optimisation while being four times cheaper than other ride-hailing services, due to carpooling.

While commuters are charged a monthly subscription priced between PKR 5000 to 9000 (INR 2300 to 4200), drivers with self-owned cars are paid monthly salaries with She’Kab taking a 10 to 15 percent commission.

Over 6000 women riders are registered on the app, mostly in the age group 18 to 45, students or working professionals who need fixed schedules.

Of the registered 4000 drivers, about 20 percent are women. “The idea was to have all women drivers, but that was wishful thinking,” sighs Hira. Confronted by a huge shortage of women behind the wheel, the startup decided to sign up male drivers after careful, vigorous screening and training. 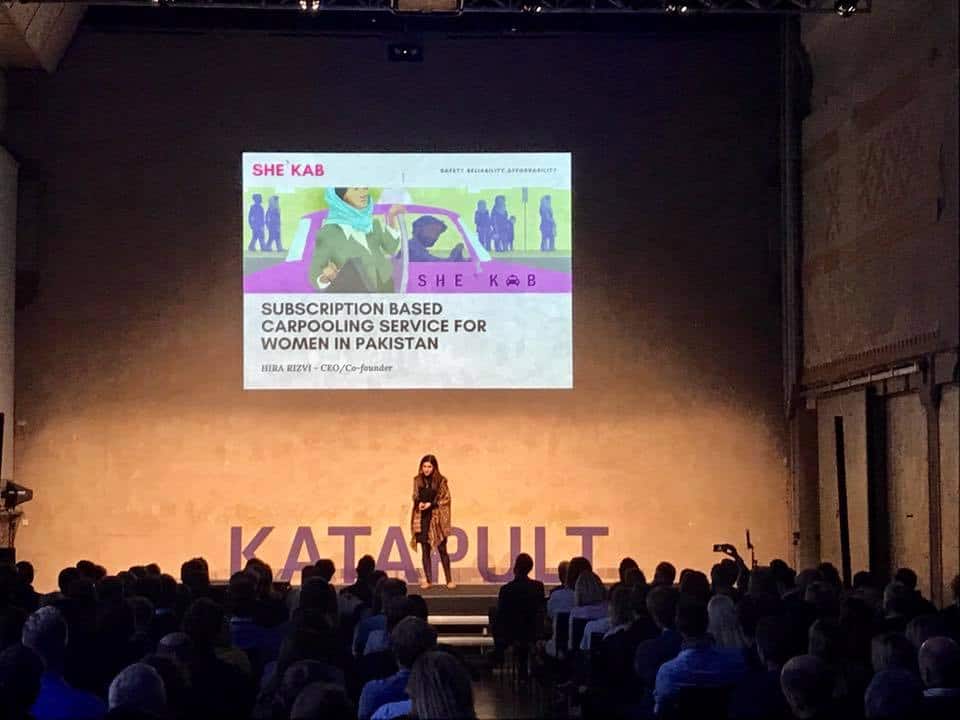 With a goal of reaching out to 17 million Pakistani women struggling every day with finding safe transportation, Hira’s idea caught the attention of global investors. In 2017, she was one of 12 startups to win a seat on Norway’s Katapult Accelerator, which offers startups hands-on assistance and up to USD 100,000 in funding. Beating over a thousand contestants from around the world, She’Kab was the only startup selected from Pakistan.

She also competed in Shell LiveWIRE’s Top Ten Innovators Competition, a global competition for businesses that demonstrate excellence in innovation, and won the runner-up award and USD 10,000 in funding for She’Kab. In the meantime, she got married and moved to Dubai this year. While Covid-19 crippled businesses worldwide, She’Kab made it to a prestigious list of nine women-led startups from around the world to be picked out of 455 applicants for the F-Lane accelerator programme. The one that baby Aaleen ended up gate-crashing.

“All of us are blessed with a unique quality to make a difference,” says Hira. “For me, technology and gender are my unique qualities, and I am using them to make an impact to women’s lives in my country.”