Supertech case: ‘Demolition Man’ explains how he razes buildings to the ground

The method of demolition depends on the size, situation, the quality and age of a building.

The Supreme Court, on August 31, ordered demolition of Supertech’s 40-storey twin towers in Noida within three months and that the builder would have to bear the expenses for the same. The court said that the work of demolition shall be carried out by Central Building Research Institute (CBRI) to ensure safe demolition. In case CBRI refuses, a new authority will be appointed, the bench had said.

Vandana Ramnani spoke to India’s demolition expert Sharad B Sarwate to understand how a building is demolished. Sarwate was roped in by the Kerala government as a consultant to help guide the demolition of the four blocks of apartments in Maradu, Kochi following the Supreme Court order in 2019. The buildings were demolished in 2020.

Sarwate is a mining engineer from Bhopal and has figured in the Limca Book of Records for demolishing as many as 315 buildings in the country over the last 25 years. He tells Moneycontrol that the controlled implosion method is used to demolish buildings and that it does not have an impact beyond 50 to 100 metres and that it costs close to Rs 50 lakh to Rs 75 lakh to demolish a structure. Another startling fact is that it may take just about 40 seconds to a minute to raze the building to the ground. The planning exercise may take about a month or two.

How many buildings have you demolished so far?

I have demolished more than 315 buildings in the last 25 years. These have been of varied sizes. In West Bengal, a 250 MW plant with two chimneys that were 180 m long had to be demolished. Demolishing buildings after the Bhuj earthquake in Gujarat was a major challenge as the buildings had already been damaged.

I had advised the Kerala government on how to demolish the 15-storey buildings last year using the implosion method so that the process did not have any adverse impact on the buildings in the vicinity.

Could you tell us in detail how buildings are usually demolished?

There is no thumb rule that is followed while demolishing a building. The main concern is that the building should implode only in the direction envisaged. Demolition involves drilling and blasting. Plans are drawn up in advance wherein it is decided where to drill, how much to drill and what type of drilling and explosives are to be utilized. It may take about a month or two to plan the entire operation. That technique is such that you have to arrange the sequence of the explosive in such a way that it is going through in a millisecond inside the building. Rooms in a building have a hollow area surrounding them. Therefore, it is only the four walls and the hollow between that are pulled inside. The implosion does not cause the debris to expand. It gets reduced to just about 17% of the total building.

Supertech case: UP sets up SIT to probe irregularities

The method of demolition depends on the size, situation, the quality and age of a building. Problems associated with each demolition vary with site conditions, thickness of columns, composition of the building and its height and the environment surrounding it.

The age of the building is considered while blasting a building. The older the builder, less is its strength and easier it is to demolish it. Demolishing an under construction building could be a challenge because the structure would be strong. 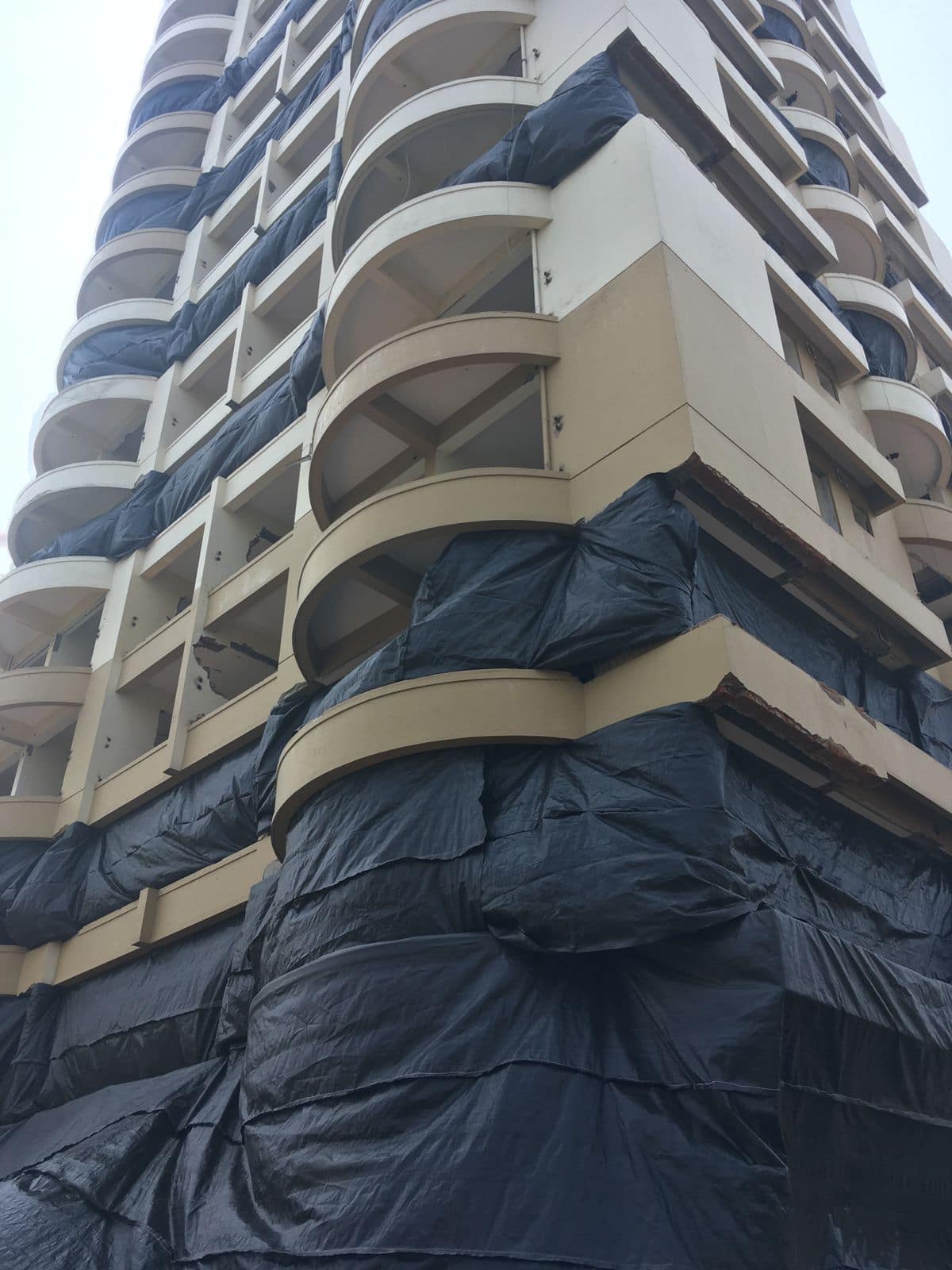 How does demolition impact buildings in the vicinity? This is important in the context of the Supertech Twin Towers which are located within an apartment.

In 2020, we demolished four buildings of about 15 storeys in Kochi, the tallest structures so far to be demolished in the country. This was done without any effect on the buildings in the vicinity or the environment.

For every demolition, safety measures have to be followed and one has to ensure that fragments do not scatter too far and damage the surroundings. Even if the building had been slightly tilted, structures that were even 20 ft away would have been crushed. The Maradu case was a textbook demolition.

Demolishing a building does not have any adverse impact on adjoining buildings. However, in some cases, cracks may develop or glasses may break but structurally the buildings are intact. All buildings in the vicinity are documented through photographs and videos before the actual implosion.

What were the parameters considered before demolishing the four buildings in Kochi in 2020?

In the Maradu case, four buildings had to be demolished. The biggest challenge with regard to the Golden Kayaloram apartment complex was that it was located on the main road and was surrounded by schools and water bodies. For demolition of the Alpha Serene building, we had to ensure that the adjoining water body did not get polluted and that minimum debris went into the water. Machinery was used to clean the lake immediately.

The H2O Holy Faith was a V shaped building and the Alpha Serene building had a hotel and small houses located in the vicinity. The Jane Coral Cove Tower was the largest with only a 2 m setback from the river.

Did residents have to vacate their houses while the buildings were demolished in Kerala? Again, this is relevant in the Supertech case.

We asked residents to vacate the buildings only for a couple of hours to ensure their safety. They were moved to a site 2 km away. The total quantity of explosives that went into the demolishing of the structures was equivalent to almost 1.5 tonne for one building. All arrangements were made beforehand. The state ensured that there were fire tenders, ambulances on standby that could swing into action in case of an emergency.

What happens to the debris?

What are the challenges that are likely to be encountered while demolishing a 40-storey structure such as the twin towers in Supertech Emerald Court?

Surprisingly, the taller the building, the easier it is to demolish it. A 5 to 10-storey building has its own problems because there is not much weight. When the falls happen, it is the gravitational fall that helps bring down the floors.

It costs Rs 50 to 75 lakh to demolish a structure

As the number of floors go up, the weight of the buildings increase. It should also be remembered that the building comes down gradually and not with a thud in a controlled implosion. The aim all along is to bring down a building in the first attempt itself without causing any adverse impact on the adjacent structures or the environment. Getting the right type of explosive for the right intensity of demolition is a must.

How much does it cost to raze a building using the controlled implosion technique?

It costs Rs 75 lakh to demolish a tall structure. In case of the Maradu buildings, the cost came to about Rs 50-60 lakh per building. Having said that, there is no direct relation between the number of floors in a building and the cost involved in razing it. What matters is the area or the volume and not the number of floors. Costs go up because of the high risks involved. The contractor is responsible for safety of the surrounding buildings and in most cases insurance costs are also included.

How much time does it take to blast a building?

It took just about 40 seconds to bring down one building in the Maradu case. The four structures were demolished at different times and on different days. A staggered approach was followed.

In the case of a 40-storey structure (Supertech Twin Towers) it may take not more than a minute.