Upcoming Event:Join us for New HorAIzon from Oct 6-7, 2pm and be a part of exciting conversations on tech & innovation
you are here: HomeNewsBusinessReal Estate

Homebuyers stuck in Jaypee projects for almost a decade have demanded that Jaiprakash Associates Limited (JAL) should not be allowed to regain control of Jaypee Infratech Limited (JIL) as JAL neither has any intent nor any financial strength to complete construction of remaining flats in the stalled projects.

Only eight percent homebuyers want a refund and the remaining 92 percent are in favour of taking possession of their residential units, homebuyers told reporters at a conference organised on Monday by a consortium of nine associations consisting of around 5,000 buyers.

There have been reports that JAL will be submitting a resolution plan for JIL in the Supreme Court (SC). The next date of hearing is July 4.

Allowing JAL to regain control of JIL will go against the spirit of Insolvency & Bankruptcy Code (IBC) and would open floodgates for other promoters to challenge takeover of their companies by third parties which would result in chaos, they said.

“Jaypee has not been able to complete construction till date nor will it be able to do so in future. A private company such as Suraksha or Kube or a government agency such as NBCC should come forward. They are only waiting for instructions from the government and the Supreme Court to complete the projects so that the projects are handed over in time. There are 20,000 units left out of 35,000 booked. These can be completed in the shortest possible time under the direct supervision of the Supreme Court  and under the monitoring committee formed by the Supreme Court within a timeframe and with the involvement of homebuyers,” they said. 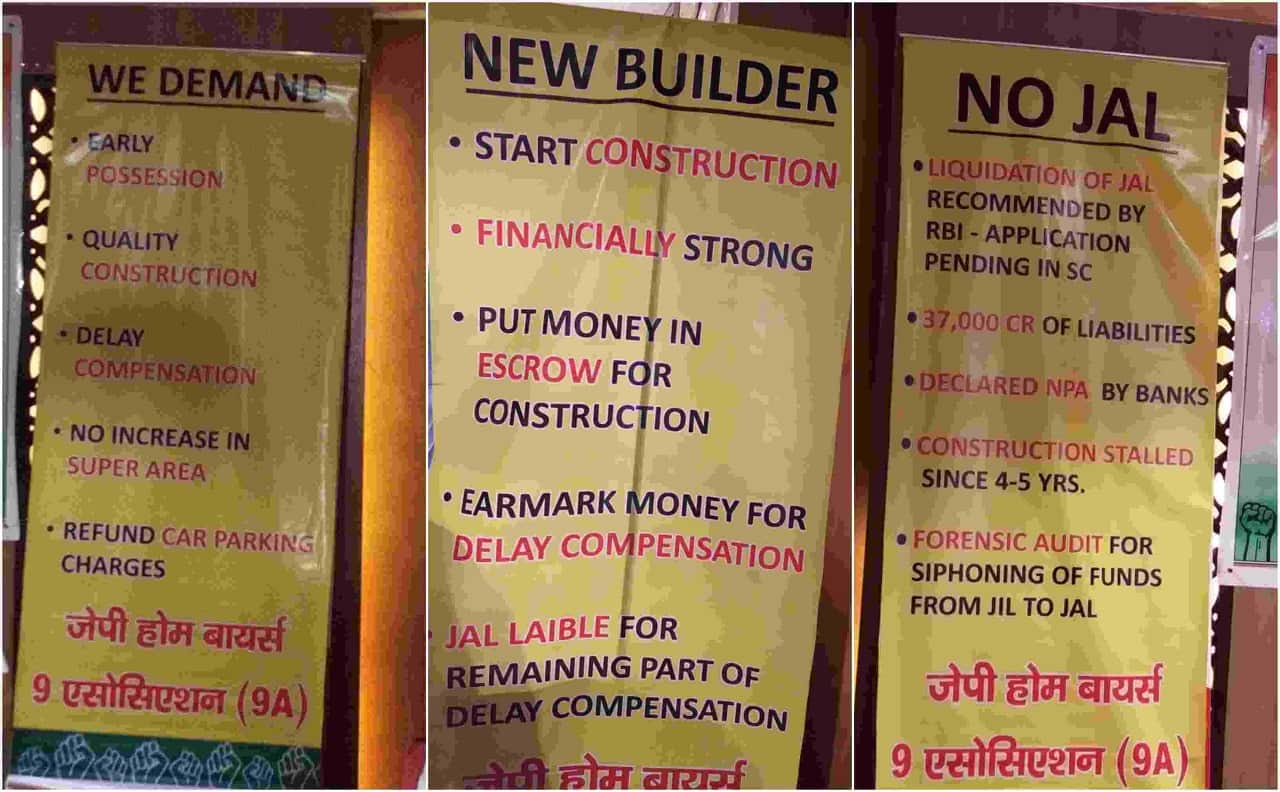 “The intent of JAL not to honour their commitment towards the homebuyers is evident from the fact that JAL has deposited merely Rs 750 crore out of Rs 2000 crore to the Supreme Court even after 10 months of the SC’s order. It has failed to deposit Rs 1000 crore with the Supreme Court registry within the stipulated time line of June 15, 2018. This shows the casual approach adopted by JAL towards the SC and the homebuyers,” they said.

Jaypee is a company with no ability, no credibility, and no intent, they claimed.

“While the homebuyers are confident that JAL would once again put forward a bogus proposal for resolution of JIL before the SC and the SC would once again see through their proposal and reject their proposal, consortium of nine associations consisting of around 5,000 buyers and various other homebuyers would totally oppose any resolution plan by JAL or any attempt by JAL to regain control of JIL,” said Krishan Mitroo, head of nine homebuyers’ associations of Jaypee Wish Town.

Homebuyers also claimed that ever since amendments were made to the Insolvency and Bankruptcy Code and homebuyers were granted the status of financial creditors, there has been no progress in the IBC process. “Construction has been moving at a snail’s pace. Construction work should be speeded up either through another bidder or an intermediate agency,” they said.

Homebuyers have also demanded early possession, quality construction, delay compensation and no increase in super area. “Most of us have invested our life savings into the homes, some have even taken additional loans to buy smaller units. Others continue to pay both rent and EMI,” homebuyers told Moneycontrol.

The government should adopt fast-track approach to resolve the issue. Builders have taken homebuyers for a ride, they said.

Last year, the National Company Law Tribunal had admitted the application by an IDBI Bank-led consortium, seeking resolution for Jaypee Infratech under the IBC.

The tribunal had appointed Anuj Jain as Interim Resolution Professional to manage the company’s business.