The 82-km-long RRTS rail corridor is scheduled to be fully operational by 2025. NCRTC MD Vinay Kumar Singh spoke to Moneycontrol about the various aspects of the project.

NCRTC MD Vinay Kumar Singh shared that the corporation will be commencing the trial runs on the Priority Section this year.

In an exclusive interview with Moneycontrol, NCRTC Managing Director Vinay Kumar Singh said that despite three waves of Covid-19, the corporation is committed to complete the project without any time or cost overruns.

When is the entire RRTS corridor expected to become operational? What will be the total cost considering that there have been three waves of COVID-19?

The 82-km-long Delhi-Ghaziabad-Meerut RRTS corridor is scheduled to be fully operational by 2025. Civil works on the 17-km-long Priority Section, between Sahibabad to Duhai, are nearing completion and work on the remaining 5 km is progressing at good pace. System contracts are already in the implementation phase.

Despite the disruptions caused by multiple waves of the pandemic, the NCRTC team is keeping the project on schedule with proper planning, and using best-in-class technological solutions.

As per the DPR of the Delhi-Ghaziabad-Meerut corridor, the sanctioned cost is Rs 30,274 crore. We are committed to complete the project without any time and cost overruns. RRTS is a first of its kind system in the country and is being implemented with state-of-the-art technology. Owing to the high design speed of 180 kmph, NCRTC is introducing new technologies in every sub-system of RRTS. Therefore, it was felt necessary to first implement it on a smaller stretch before the entire corridor, so that the technical challenges related to the interface among sub-systems can be identified and resolved well before the full system is opened to the public. This will minimise any risks associated with the commissioning of the entire corridor. Commissioning of the Priority Section will also enhance the confidence of the industry in the technologies being deployed.

The first RRTS train set is expected to arrive at the Duhai Depot soon. These train sets are being manufactured in Savli, Gujarat, under the Make in India initiative. We will be commencing the trial runs on the Priority Section this year, and it is scheduled to be opened to the public by June 2023. The NCRTC team is making efforts to see that the section gets commissioned by March 2023 or even before that.

What about the other phases? By when will those become operational? Please share timelines.

After operations commence on the Priority Section, we will be adding stretches on both sides, that is the Delhi side as well as the Meerut side, in a phased manner, to ensure that the full Delhi-Ghaziabad-Meerut corridor is operational and available to the public by 2025.

What are the construction challenges NCRTC is facing at Sarai Kale Khan?

Sarai Kale Khan is going to be an important transport hub for the NCR. NCRTC is seamlessly integrating the RRTS Station with the existing Metro station, ISBT, and Nizamuddin Railway station. Moreover, all the three RRTS corridors of Phase-1, i.e. Delhi-Ghaziabad-Meerut, Delhi-Gurgaon-SNB-Alwar, and Delhi-Panipat will converge at Sarai Kale Khan and will be interoperable. It will ensure that commuters can travel from one RRTS corridor to another without changing trains. 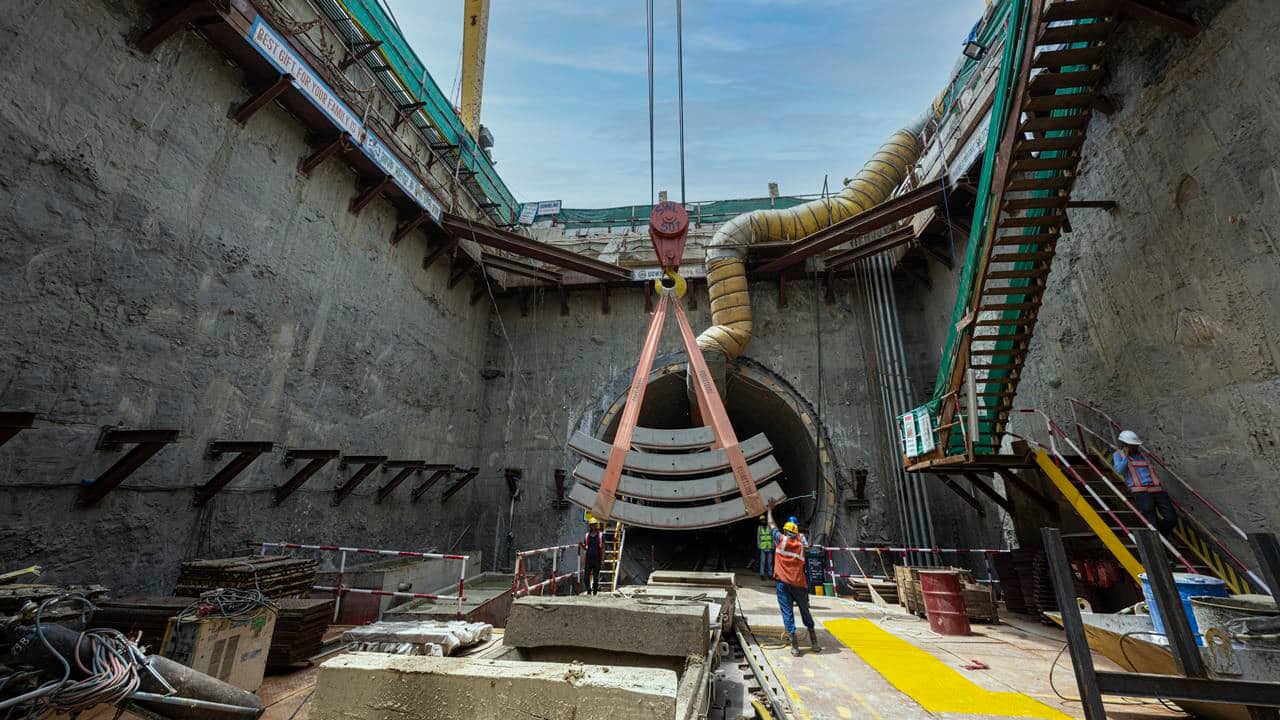 To construct such a huge station, NCRTC has kept commuter-centricity in focus, while doing detailed designing. Meticulous planning and a lot of deliberations/consultations with the concerned stakeholders were done to align them with the desired objective of providing a seamless network of networks.

Is the corporation facing any challenges in developing the 3.5-km underground stretch between Anand Vihar and Sahibabad? NCRTC is constructing a 1.35-km-long bridge over the Yamuna in Delhi, almost parallel to the existing DND flyway. Please share details.

NCRTC is implementing the project with a commuters-first approach in a multi-stakeholder environment. There are several challenges on the stretch which are being addressed through proper design, meticulous planning, and tech-driven execution by Team NCRTC.

Anand Vihar RRTS station is going to be seamlessly integrated with Anand Vihar Railway station, two lines of the Delhi Metro, Anand Vihar ISBT and Kaushambi Bus depot of the UPSRTC. The station is being positioned strategically closer to existing public transport systems, leading to several engineering challenges, as we are working amid these high-footfall public transport systems in a very congested area, ensuring their smooth operation. The 1.35-km-long bridge across the river Yamuna is being constructed with a well foundation upstream of the DND bridge. This bridge will comprise 30 spans. The well foundations in the river stream are being constructed in a limited time by creating temporary islands, which will need to be removed before the arrival of the monsoon, hence compressing the working weeks. Our team is striving to achieve the best outcomes under adverse conditions. 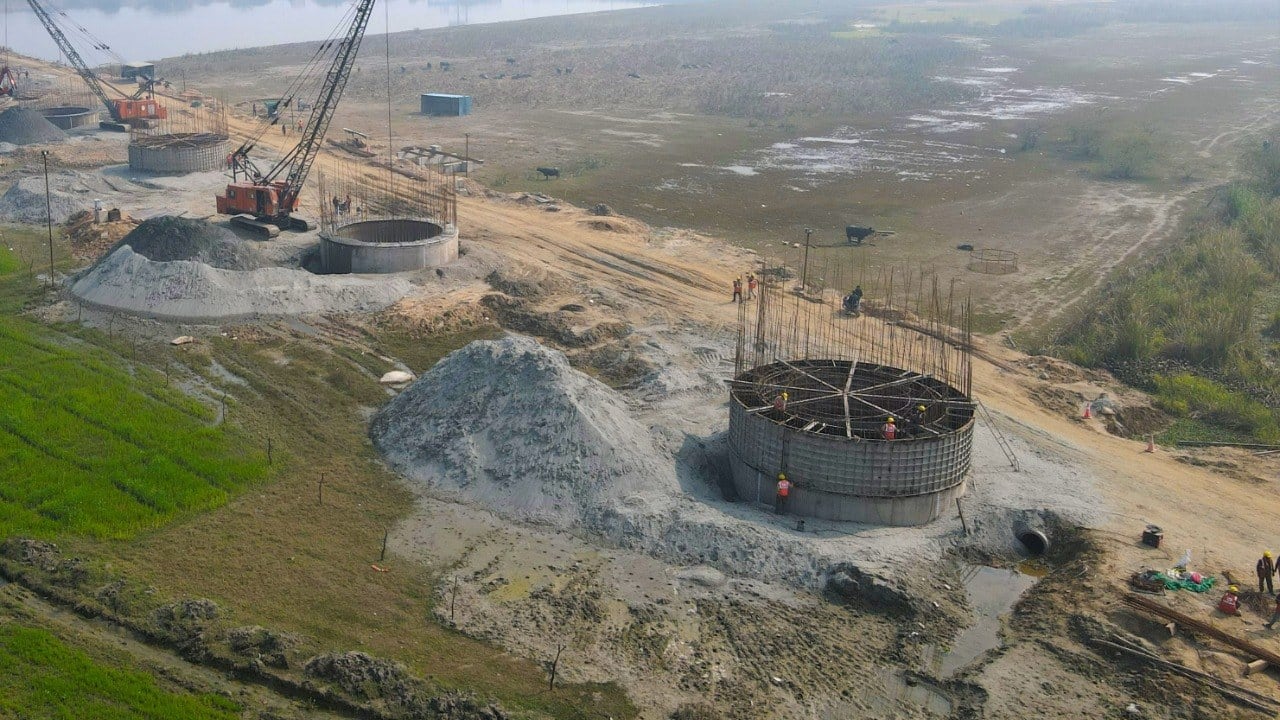 What is the status of the Delhi-Gurugram-SNB line?

The Detailed Project Report of the corridor has already been approved by the State Governments and is under the active consideration of the Government of India for approval. We have completed several pre-construction works, such as soil investigation, pile load test, topographical surveys etc. The shifting of electrical high-tension lines has also been progressing well and we are ready to commence construction work as soon as we get approval.

What about the fare collection system for the Delhi-Ghaziabad-Meerut RRTS? Will there be a different fare card, or will it be integrated with the local metro systems?

NCRTC is adopting a state-of-the-art Automatic Fare Collection (AFC) system for the country’s first RRTS corridor. We are going for QR Code-based ticketing (Digital QR & Paper QR) and EMV (EuroPay, Mastercard, Visa) and Rupay-based Open Loop contactless cards based on NCMC (National Common Mobility Card) standards. Thus, RRTS commuters will be able to use any NCMC card issued by the Metro or Transport Authority or financial institutions in the country.

NCMC implementation will help in fulfilling the Government of India’s “One Nation, One Card” vision, allowing usage of one NCMC card across all transit systems for intercity and intra-city travel in the country. In addition, the smart cards issued by NCRTC for travel on the RRTS can also be used for retail transactions.

The RRTS fare structure is being determined. A good balance will be made between the financial sustainability of the project and affordability for commuters.
Akash Sinha
Tags: #Delhi-Meerut RRTS corridor #infrastructure #NCRTC #Real Estate
first published: Jun 9, 2022 01:04 pm