Can a machine tell you which movie you’re going to like watching next? Can it call a restaurant to make a reservation for you? Can its driving be safer than yours? Of course!

Today, these artificially intelligent (AI) machines are doing a great job at simulating human intelligence. AI has been helping us to make more informed decisions, lending us a hand in our day-to-day chores, and has made our lives a lot easier.

Even though there’s been a lot of progress in the field of AI, the intelligence of these machines is still weak. That is because Siri will land you up in a car crash faster than you can say “unfair”, and Tesla may as well drive you safely to a restaurant where a two-hour queue awaits. Each can perform only the task it has been taught to do. This is called Applied AI. 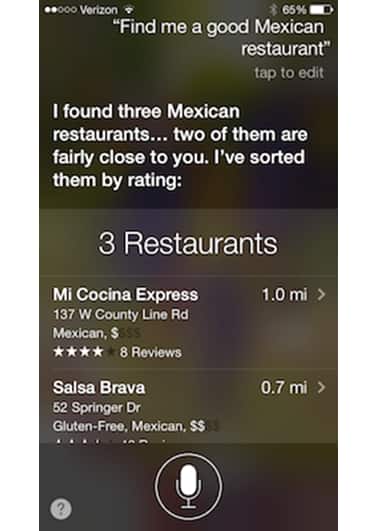 So, doesn’t that mean there are other kinds of AI? How do we impart intelligence to these machines? What is Machine Learning, anyway?

And how in the world can a machine learn? Well, let us take one step at a time to answer these questions.

In 2005, Garry Kasparov introduced the idea of a FreeStlyle Chess Tournament. It was the first time ever that chess players could use any combination of man and machine to decide what their next move will be.

And yet, two amateur chess players with weak computers, but a robust machine learning system, beat both the grandest of chess masters and the Supercomputer Hydra to bag the first position.

How was this possible? Well, first, Hydra identified the positions of pieces on the chess board. Then, it calculated all the possible future moves of both itself and its opponent. Using these set of possible outcomes, it made its next move.

But Hydra was merely a set of static, programmed rules. It did not have a memory. It could not use its past experience to decide which move to make next. When we teach a machine to do that, we call it Machine Learning, or ML.

Although ML and AI are used quite interchangeably in common parlance, Machine Learning is just the current state-of-art techniques that we have to implement AI.

One of the ways that machines learn to perform tasks by themselves is through Neural Networks. As technology, and, importantly, our understanding of how our minds work, has progressed, our concept of what constitutes AI has changed.

Rather than increasingly complex rules and calculations, work in the field of AI concentrated on mimicking human decision making processes and carrying out tasks in ever more human ways.

One key realization – credited to Arthur Samuel in 1959 – was that rather than teaching computers everything they need to know about the world and how to carry out tasks, it might be possible to teach them to learn for themselves.

Neural networks are rough simulations of the human brain. They have thousands of neurons that have millions of synaptic connections amongst themselves.

YOLO or You Only Look Once, is an example of an ML system that uses this approach to recognize an object. You start by feeding it with the picture of, say, a cat, and the machine will search its “brain” for features corresponding to those of a cat.

Then, after producing and comparing the predicted output - say, a cheetah - with the correct one, the machine will learn from its mistake.

It will modify the way in which it recognizes the features of a cat. And, this process of learning (or pattern detection) goes on until the error cannot be reduced anymore.

It is all easier said than done, of course, whether you’re teaching a machine to differentiate between a dog and a cat, or a good trade and a bad trade.

Just like the levels in this Animal Kingdom chart, these tasks cannot simply have one set of easy features to use for differentiation. So, when these layers of abstraction increase in complexity, we call it Deep Learning.

As is with these super-cool sounding definitions, it can be tough not to let Machine Learning algorithms baffle your senses. Essentially, it works on a system of probability. Based on data fed to it, AI is able to make statements, decisions or predictions with a degree of certainty.

The addition of a feedback loop enables “learning” – by sensing or being told whether its decisions are right or wrong, it modifies the approach it takes in the future.

It goes without saying that these algorithms are heavily dependent on data.

And that’s how we know that these machines can’t yet do without us; because they need large amounts of structured and appropriate training data and a smart data scientist to steer the learning process.

The other kind of AI - known as generalized AI - where machines will understand others, and also have a sense of self, seems like a far cry.

Learning algorithms are not yet as smart as scientists, but they’re millions of times faster. As they say, things are not always #000000 or #FFFFFF.

The author is the founder of Arque Tech. He can be found on Twitter @hrishabhsanghvi.