One can buy OnMobile Global immediately in small quantity and buy another tranche at Rs 140 for the long term. Upside is seen near Rs 195 with solid support of Rs 125

The market declined nearly a percent on April 6, continuing the downtrend for the second consecutive session following weakness in global peers amid the hawkish stand of a Federal Reserve governor on tightening policy at a rapid pace.

The Sensex dropped more than 550 points to 59,610, and the Nifty slipped 150 points to 17,808, but the broader space performed better as Nifty midcap and smallcap indices gained marginally.

Stocks that were in action include Tata Power Company, which rallied nearly 6 percent to end at a record high of Rs 290. The stock is up 21.4 percent this month. Welspun Corp, which gained 6.3 percent to close at Rs 199, has surged 23 percent in the last five consecutive sessions.

Among others, OnMobile Global was locked in 20 percent upper circuit at Rs 149.30 and has spiked 35 percent in the last six straight days.

Though the counter looks lucrative, it is trading at a resistance of Rs 200-205. The counter is way above flattish 200-day moving average (DMA), which indicates that Welspun Corp can see profit booking at any time.

Last but not the least, higher volume at extreme price levels are a sign of exhaustion. So from investors' perspective, avoid fresh buying in this counter. The counter has been consolidating for the past couple of months or so. On April 5, the stock gave a clean breakout from the rectangle pattern. Momentum indicator moving average convergence/divergence (MACD) is approaching zero, pointing to further upside.

One can buy this counter immediately in small quantities and buy another tranche at Rs 140 for the long term. Upside is seen near Rs 195 with solid support of Rs 125. 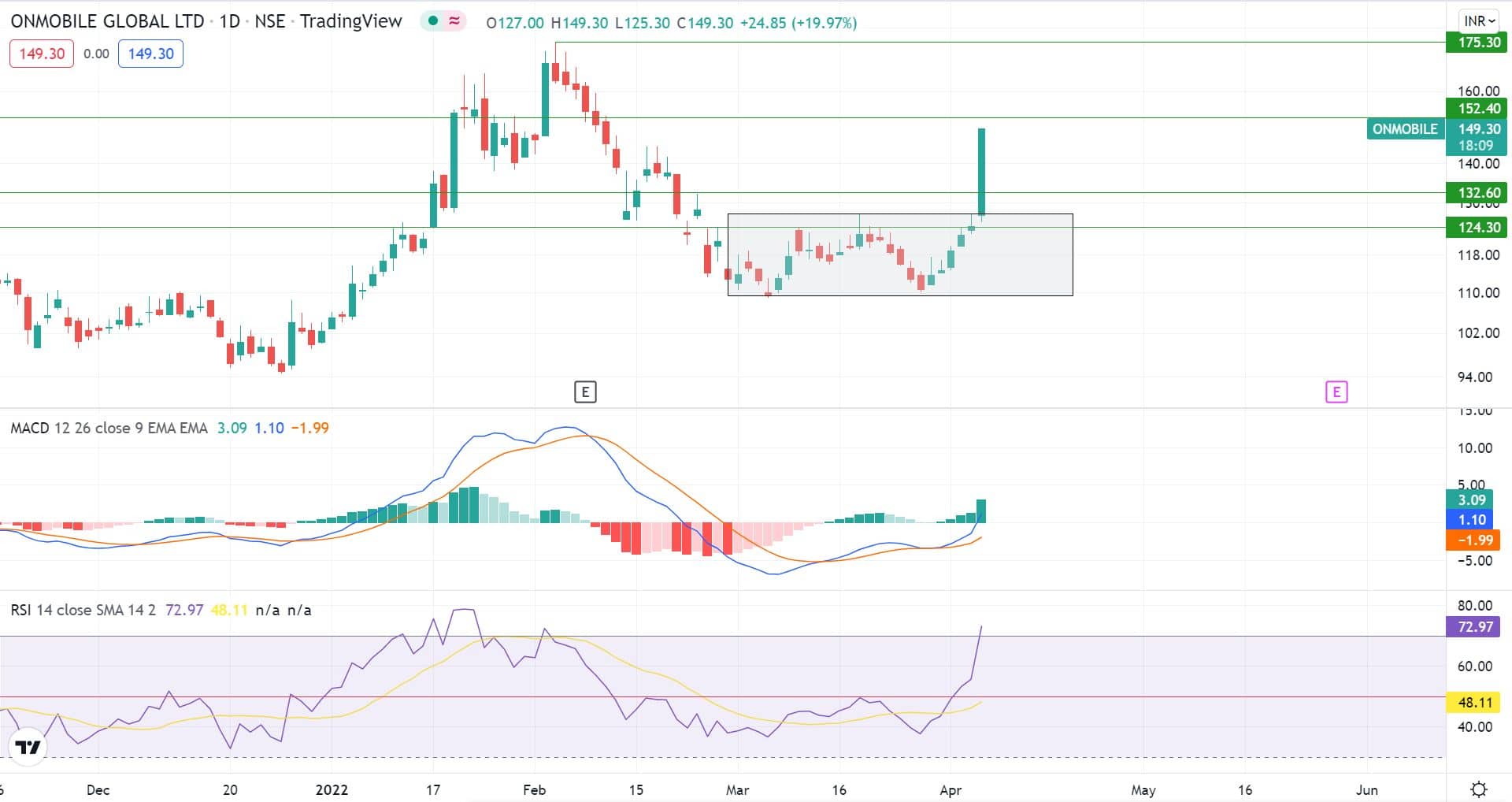 Currently, Talbros is trying to make N wave complemented by MACD ZERO line flip flop structure. The counter is in excellent buy setup, where the previous resistance of Rs 520 is broken decisively.

Therefore, one should add at current levels and upside is expected till Rs 630 and solid support is seen at Rs 490. The counter successfully closed above its previous top of Rs 673 (made on February 7). At the current juncture, the stock is in the process of completing its bat action magnet movement, which was from B point (see the chart) and is expected to reach D point.

From an investor point of view, one can buy immediately for an expected upside till Rs 780 and plausible support is seen at Rs 655. Though the stock made an all-time high recently, it is trading at the extreme ratio of harmonic arsenal i.e. 2.618 of its previous multi-year top of Rs 129 on January 2008.

Volume is also very high (weekly chart) at extreme price levels, which is a sign of exhaustion. So from investors' perspective, one should keep booking profits at higher levels if already bought and avoid fresh buying. Disclaimer: The views and investment tips expressed by experts on Moneycontrol.com are their own and not those of the website or its management. Moneycontrol.com advises users to check with certified experts before taking any investment decisions.
Sunil Shankar Matkar
Tags: #Market Edge #OnMobile Global #Sharda Cropchem #Stocks Views #Talbros Automotive Components #Tata Power Company #Technicals #Trade Spotlight #Welspun Corp
first published: Apr 7, 2022 08:22 am