Lupin, Bharti Airtel & IGL can give up to 9% return each in near term: Gaurav Ratnaparkhi of Sharekhan

Traders and investors need to have exposure in the metal stocks but they should wait for a fresh setup to make an entry, says Ratnaparkhi.

Gaurav Ratnaparkhi, Senior Technical Analyst, Sharekhan by BNP Paribas, says 15,000  will be the vital level to watch out for during the week and if the Nifty manages to go past it, the bulls will be back in control.

In an interview to Moneycontrol’s Kshitij Anand, he says earning reports, too, would be keenly followed but investors, as well as traders, should be stock or segment-specific in their approach. Edited excerpts:

It was a volatile week for Indian markets after a holiday-shortened week. The Nifty closed flat-to-positive. What led to the price action?

So, the index has strong support on the downside near 14,400 and is recovering from there. At the same time, 15,000 is acting as a stiff barrier on the upside, which is keeping the rise in check.

One sector that stood out was the metal segment. A lot of stocks in the metals index hit a fresh 52-week high. What led to the price action and how should investors play the theme? Any stocks that are still looking attractive? 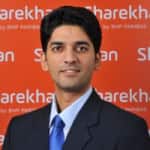 We have been bullish on the metal sector for the last two weeks. The sector had a short-term correction in the month of March that unfolded in a channelised manner.

Towards the end of March, the channel broke out on the upside with which we turned positive. Since then the metal index witnessed a swift rally.

As a result, the short-term momentum indicators have been pushed into the overbought zone. So there is scope for a short-term consolidation.

Yes, the traders, as well as investors, need to have exposure in the metal stocks, however, they need to wait for a fresh setup to take a fresh entry.

What should investors watch out for in the coming week?

With the start of the result season, there will be plenty of action in the market. However, traders and investors need to take a stock-specific or sector-specific approach.

How is the market likely to pan out in the coming week? Important levels to watch out for the Nifty?

Going ahead, the psychological level of 15,000 will continue to be the key level to keep a tab on. The bulls need to take out that level in order to turn the table in their favour.

Small and mid-caps outperformed. What is leading the price action?

These indices are set to surpass their March highs, which will further add to the bullish structure. So we are expecting the outperformance to continue.

Top three-five trading ideas for the next three-four weeks?

Here is a list of top trading ideas for the next three-four weeks:

The stock has broken out on the upside from a multi-week consolidation. The daily momentum indicator is in line with the price breakout. The rally is starting from the key weekly moving averages, so it is likely to sustain at higher levels.

The stock is witnessing an inside bar breakout on the weekly chart, which is leading to a swift rally. On the way up, it has surpassed certain crucial swing highs. The short-term momentum indicators are in sync with the bullish structure.

The stock was in an accumulation phase throughout the month of March. In the last week, it has moved out of that accumulation.

Structurally, it is starting a fresh leg on the upside, which indicates significant upside potential for the short term.