Although the Indian economy sees a flush in liquidity, there's no major correction around the corner and no major impact is likely till the middle of 2022 or until the US Federal Reserve gets over with the tapering of bond purchases, says Jyoti Roy, DVP Equity Strategist at Angel One.

Roy feels if the energy prices remain elevated over the next few months due to strong winter demand, then there might be some short-term volatility in the markets. If there is a quicker-than-expected rebalancing of demand and supply, then that will be a positive for the markets, he says in an interaction with Sunil Shankar Matkar of Moneycontrol. Excerpts from the interview:

Do you think inflation and oil prices can dampen the market sentiment and become a cause for major correction in the near future?

There has been a sharp increase in coal and natural gas prices globally as supplies continue to lag demand. This, in turn, is driving crude prices higher. As long as the spike in energy prices is temporary, it will not have any significant impact on global growth and inflation. Whether or not energy prices sustain at current levels over the next few quarters will largely be a function of how quickly supplies are ramped up and the severity of the winter season.

In case we witness a severe winter, then energy prices might remain elevated till at least February-March. A relatively warmer winter on the other hand will result in lower energy demand which will help balance the demand-supply situation earlier than expected, driving down energy prices faster 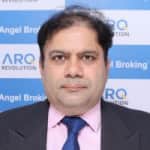 Therefore, if the energy prices remain elevated over the next few months due to strong winter demand, then we are likely to see some short-term volatility in the markets. Even then we do not see any major correction as liquidity conditions are going to remain benign till the middle of 2022 till the time the US Federal Reserve does not get over with the tapering of bond purchases. However, in case we see a quicker-than-expected rebalancing of demand and supply, then we may see energy prices come off which will be positive for the markets.

Auto and realty stocks had a strong run recently. What are the major reasons for this? Do you think one should buy these stocks now or be selective? What are your best picks?

The auto sector had been an underperformer since February 2021 as the second Covid wave had an adverse impact on demand, while higher input costs impacted the margins. Gradual reopening of the economy due to declining Covid cases and significant improvement in the pace of vaccination over the past few months has, however, led to an increase in consumer confidence, which bodes well for festive demand. Therefore, expectation of improved demand during the ongoing festive season, coupled with relatively inexpensive valuations, is leading to a rally in the auto sector.

In the Auto space, we remain positive on the MHCV (medium and heavy commercial vehicle) segment where we have a 'buy' on Ashok Leyland with a target price of Rs 158. We also have a 'buy' rating on Sona BLW Precision Forgings as it is the best play in the EV (electric vehicle) segment, given its leadership position in traction motors, differential assembly and differential gears.

While we remain positive on the sector in the long run, valuations have become stretched in the near term after the sharp rally in September. Hence, we believe that one needs to be more selective in the real estate sector. We have a 'buy' rating on Sobha with a price target of Rs 950 given that it is a pure play on the residential real estate space.

What is your analysis of the RBI monetary policy? Have you changed your projections (inflation, growth, rate hikes, etc) after the policy?

The RBI, as was expected, kept the key policy rates unchanged in its fourth bi-monthly MPC meeting and have maintained their accommodative stance. It has also given a roadmap for normalisation of liquidity going forward, starting with discontinuation of the GSAP (Government Securities Acquisition Programme) and greater usage of VRRR (variable rate reverse repo) to suck out excess liquidity from the market.

Put together, the RBI monetary policy has been in line with our expectations and we do not see any downgrades to GDP growth estimates or upside risks to inflation projections as of now. However, sustained high global energy prices due to current demand-supply mismatch is one of the key risks to inflation and growth projections.

Did the TCS quarterly earnings meet your expectations? Is it overpriced now with 36 percent gains YTD and should one buy the stock now?

The TCS second-quarter numbers were a mixed bag largely due to a miss on the topline growth. TCS reported a 2.9 percent on-quarter growth in revenues to $6.33 billion which was below estimates. The miss on revenue growth was largely on account of a degrowth in continental Europe while rest of the geographies reported strong growth. Stable margins and 25 percent on-year growth, excluding one large deal of $2.5 billion in Q2FY2021, in total contract value to $7.6 billion were some of the key positives in the Q2 results.

TCS has one of the largest exposures to continental Europe among Indian IT service providers at 16 percent of revenues, while the exposure to North America at 50.3 percent is also among the lowest. Most of the other Indian IT service providers have a much larger exposure to North America which continues to witness strong traction.

Therefore, while TCS reported a miss on the topline growth numbers, we expect most of the other IT companies to report in line or better than expected topline growth during the quarter. There will also be some pressure on margins during the quarter due to wage hikes and higher subcontracting costs. However, margin pressures have been factored in and we are unlikely to see a negative reaction due to some compression in margins. Taking all these in view, we expect most IT companies to continue reporting strong sequential topline growth in Q2FY2022 and remain positive on the sector from a medium to long term perspective.

Fitch Ratings has lowered its economic growth forecast for FY22 to 8.7 percent from 10 percent due to a severe second Covid wave. What is your take on this?

Fitch ratings have been among the last of the rating agencies to cut their GDP growth forecast for India. Most of the rating agencies and professional forecasters are expecting a GDP growth of 8.5-9.5 percent for India in FY2022. We also expect a GDP growth of around 9 percent for India in FY2022. However, the key risks to the growth forecast is a more severe than expected third Covid wave which might force the government to impose restrictions again. Moreover, any further worsening of the global energy crisis will lead to higher energy prices thus impacting consumer demand.

On the flip side, we expect pharma to report flattish earnings growth during the quarter due to the high base effect of last year and pricing pressure in the US generics business. Auto is one sector where we expect significant decline in earnings due to lower sales volume during Q2FY22 along with margin pressures due to high input prices.

Disclaimer: The views and investment tips expressed by investment expert on Moneycontrol.com are his own and not that of the website or its management. Moneycontrol.com advises users to check with certified experts before taking any investment decisions.
Sunil Shankar Matkar
Tags: #MARKET OUTLOOK #Nifty #Sensex
first published: Oct 14, 2021 07:32 am