172@29@17@102!~!172@29@0@53!~!|news|business|markets|afraid-of-market-volatility-ahead-of-state-polls-these-3-stocks-could-return-up-to-39-2559951.html!~!news|moneycontrol|com!~!|controller|infinite_scroll_article.php!~!is_mobile=false
LIVE: Watch now - How the Covid-19 pandemic is redefining digital payments
you are here: HomeNewsBusinessMarkets

Afraid of market volatility ahead of state polls? These 3 stocks could return up to 39%

Benchmark indices on Friday climbed to their highest level in nearly three months, as bank stocks gained on market participants' optimism that the worst of the bad loan cycle was over.

That said, it will probably take a couple of quarters for banks to start reporting good earnings and recoveries.

Investor sentiment was upbeat after stocks in international markets rallied and US bond yields softened on news that diplomatic ties between South Korea and North Korea had improved. 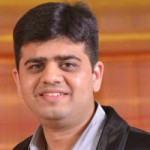 However, the 10-year US treasury yield breaching the 3 percent mark remains a concern for investors as it signals higher interest rates in the world's biggest bond market going forward.

Stocks from the metal, information technology (IT), fast moving consumer goods (FMCG) and automobile sectors were the top performing sectors in the Sensex's 2,400-point rally.

Domestic mutual funds made the most of this opportunity and invested a net Rs 13,700 crore in stocks during this period. Foreign portfolio investors, however, net sold stocks worth Rs 4,600 crore.

On Saturday, the Reserve Bank of India said it is withdrawing a restriction that limited foreign investors to investing only in government and corporate bonds with tenures of three years or more.

The move could provide a fillip to the domestic bond market and can help soften yields to some extent from their currently-elevated levels.

RBI's decision, announced late on Friday, came close on the heels of two recent bond auctions that evinced little interest from investors, leading to a in sovereign debt yields.

On Thursday, at an auction of the 7.37%, 2023 bond, the central bank could only sell securities worth around Rs 43 crore, of the total Rs 3,000 crore on offer, in the market. As a result, it was forced to sell the remainder to primary dealers.

We believe markets would take cues from the ongoing earnings season, movement in the rupee, metal prices, movements in US bond yields, changes in crude oil prices, interest rate rate trajectory in India, and the onset of the monsoon.

Domestic bourses would remain volatile on news flow about state elections in Karnataka, Madhya Pradesh, and Chattisgarh. The outcome of these assembly elections will likely have a huge impact on the domestic market.

The earnings season has been good so far and is largely in line with the Street's expectations. IT major TCS posted a decent set of numbers and we believe IT stocks may perform well going forward.

The depreciation of the rupee depreciation against the dollar will act as a tailwind for the sector. Apart from IT, we are bullish on real estate, infrastructure, and on NBFCs engaged in commercial vehicle financing.

Here is the list of three stocks that can give up to 39% return by FY19-end:

We are bullish on this company as it is the largest and only Indian manufacturer of specialty chemicals such as TDI. The company has turnaround successfully from a loss-making company with a debt of about Rs 4,000 crore earlier. Not only the company has reduced its debt significantly in Q4FY18, it also has impressive operating profit margin (OPMs) in the range of 27 percent. The company has repaid its entire long-term debt and around 80 percent of its short-term borrowings which has resulted a balance debt of Rs 230 crore in books. The massive reduction in debt will lead to savings of finance cost in coming years. We expect a target of Rs 550 by FY19 end.

The company has expanded its product range to include formic acid, acetic acid and TDI, the last being an input into mattress manufacturing. The company has started exporting ethyl acetate and formic acid which is expected to bring traction to the segment in coming days. The Company’s key product TDI prices have started rising up in April 2018 (around Rs 310/kg) post a temporary weakness in March (dipped from Rs 330/kg to Rs 290/kg), which is a positive for the company. Rising TDI prices along with Company’s focus to improve utilisation levels to almost 110 percent will augur well for the Company in coming quarters. The management is now focusing on ramping up its non-TDI business which would help in diversifying risks inherent due to the highly corrosive nature of its TDI plants.

For the full year as well, the Company clocked robust performance. FY18 revenue saw a jump of 20 percent to reach Rs 5,916 crore while EBITDA rose by 113 percent to Rs 1,391 crore. Further, its net profit stood at Rs 789.5 crore, up 51 percent yoy. We believe the growth for Company is likely to continue amidst rising demand for its products and improving output. The management has guided capacity utilization of about 105-110 percent from 93 percent in the latest quarter. The fertiliswer business is still reporting losses but is expected to turn around this year.

At the current price, the stock is trading at 9 times trailing twelve months earnings as compared to more than P/E of 20x of similar Companies.

The company is the largest manufacturer and one of the only two domestic makers of caprolactam, a chemical used for making nylon fiber, is benefitting from improving realisations and high caprolactam and benzene spreads. Benzene is the key raw material and it impacts the overall profitability of the company. The spreads between benzene and caprolactum has doubled since the beginning of FY18 to USD 1,340 per ton.

Capro-benzene spread in February stood at USD 1000/MT and is trading around above around $1340 per MT on account of lower production in China and domestic market (FACT plant shut down and no other major producer). We expect caprolactam prices to remain structurally positive as no new major capacities are to be added in next two-three years. Two years ago, several European companies, including BASF, shut down their caprolactam plants.

Ammonia plant is currently operating at around 80 percent utilisation. Management expects utilization to reach around 100 percent in Q4FY18 which would also help in reduction of power cost due to additional steam generation. The company’s capex on Melamine plant is expected to be commissioned by September 2018. The management in its concall has guided for ramp in Nylon plant utilization. Management has kept target of Rs 1,000 crore PBT in next 4-5 years.

The company’s fertilizer segment will also benefit from onset of normal monsoons. The Indian Meteorological Department (IMD), in its first-stage forecast, predicted ‘normal’ South-West monsoons (June-September 2018) which could put a lot of agri, FMCG and auto stocks back on investors’ radar. Quantitatively, rainfall activity is likely to be 97 percent of long period average (LPA) as against 95 percent actual rainfall last year, it said. If the forecast holds true, this will be the third consecutive year of normal monsoon.

The company is valued reasonably at a P/E of 11x on tratiling twelve months EPS and P/BV 1.18x (Book value of Rs 166 per share). The company will become debt free after Q4 FY19. We are optimistic and hope that this company will deliver strong Q4FY18 results as well. We expect a target of Rs. 180 based on SOTP valuation (11x FY19 earnings + investment value of Rs. 40/share after 40 percent holding company discount) in next 12-15 months.

The Company will be major beneficiary with the onset of monsoons and is one of few quality players in agrochemicals segment. We believe Company’s new launches in the domestic market and commercialisation of three projects will drive growth. The Company’s Q2FY18 profitability was weak but with introduction of new products, the Company’s topline and profitability is set to improve.

Q3FY18 was also affected by raw material supply disruption from China. The Company has reduced its dependence on Chinese supply from 30-35 percent previously to 18 percent now – it aims to bring down this proportion further over the next 18 months, and will also look at backward integration. Order book in CSM remains strong at USD1.15b. Also, in the agro segment, PI plans to launch three new products (rice insecticides, vegetable insecticide and wheat herbicides) in FY19.

We expect PI Industries to report a 6-10 percent sales growth in Q4 FY18, but high raw material prices may put pressure on margins. We expect 15-20 percent YoY increase in revenue, although margins have reduced slightly. The company also maintains a decent order book.

Disclaimer: The author is Vice President – Equity Research, Ajcon Global. The views and investment tips expressed by investment expert on moneycontrol.com are his own and not that of the website or its management. Moneycontrol.com advises users to check with certified experts before taking any investment decisions.