Nine of the top ten funds in February 2021 were from the mid & smallcap space.

After a sombre end to January, the Union Budget and the economy coming out of the technical recession reignited the bull run in Indian markets which ended 6.56 percent higher on a month-on-month basis.

The rally was marked by broader markets outperforming the frontliners. The Nifty Smallcap 100 ended with gains of 12.16 percent, while the Nifty Midcap 100 closed 11.28 percent higher in February, suggesting that big money is now penetrating the broader economy.

The outperformance of the equity markets was also visible in the returns of Portfolio Management Schemes (PMSes) as all but one fund ended in the green in February. Moreover, almost 50 percent (108 out of 219) of the funds managed to beat the Nifty in February.

Portfolio Management Services cater to wealthy investors and the professional fee charged by them is higher than regular mutual funds (MFs).

Right Horizons' Super Value fund was the top gainer, rising 21.74 percent on a month-on-month basis. The midcap fund, managed by Anil Rego, focuses heavily on engineering, as it constituted about 20 percent of its entire portfolio as of February 28, 2021. Chemicals, financials, services and FMCG are the other major sectors the fund has exposure to.

Nine of the top ten funds in during the month were from the mid & smallcap space. 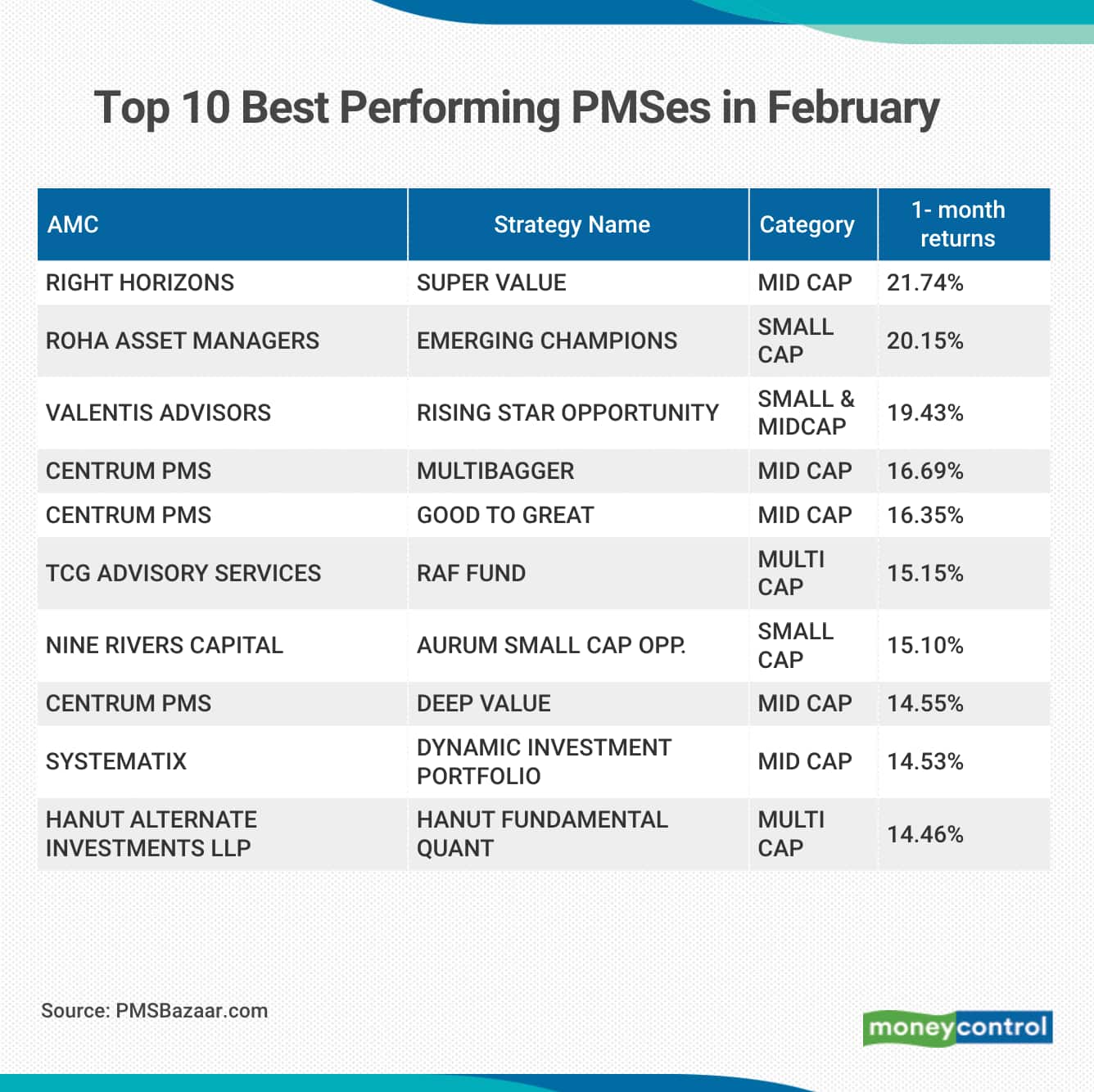 Kotak's Pharma fund was the only scheme that ended in the negative in February. The sectoral fund dropped 1.11 percent but outperformed its benchmark, Nifty Pharma, that slipped 1.99 percent

Who led the charge?

Nine Rivers Capital's Aurum Smallcap (15.1 percent), ICICI Prudential's PIPE (12.53 percent) and Marcellus' Little Champs (9.66 percent) were some of the other top-performing smallcap schemes. From the mid and small category, Geojit Financial Services' Advantage Portfolio was the only scheme that reported its returns. The fund rose 7.33 percent in February.