Facebook to pilot sharing of ad revenues with Reels creators

Meta is also making its short video offering Reels available across more parts of its Facebook app apart from extending it to more than 150 countries.

Facebook will test sharing of advertising revenues from its short video offering Reels in the coming weeks, as it looks to attract more creators to its platform and counter the growing threat of rival TikTok across the world.

Facebook parent Meta on February 22 said it is expanding tests of overlay ads to all creators in the United States, Canada, and Mexico, with plans to extend to more countries in the coming weeks.

Creators participating in this test will have access to two ad formats: banners and stickers. Banner ads will appear as a semi-transparent overlay at the bottom of a Facebook Reel, while stickers will be static image ads that can be placed by a creator anywhere within their reel, similar to other stickers available on the app. Meta said that creators who are currently able to monetize their on-demand videos with in-stream ads will be automatically eligible to monetize with overlay ads. By mid-March, these tests will expand to creators in nearly all 53 countries where in-stream ads are available, including India.

During the test, creators will keep 55% of the ad revenue, while Facebook will take the remaining 45% share.

This move could provide Facebook an edge over its short video rivals in wooing creators to its platform since none of them currently have a revenue share arrangement with creators, although several players have announced dedicated creator funds.

Google-owned YouTube which shares advertising revenues with its creators is yet to introduce ads on its short video product YouTube Shorts. On February 11, the company unveiled plans to test different ways creators can make money from the service, besides the $100 million Shorts fund announced in May last year.

Monetizing Reels is also crucial for Facebook as the company is in the middle of pivoting its services towards short-form video, amid increased video consumption on the platform.

On February 3, Mark Zuckerberg had said during the company's earnings conference call that Reels is their "fastest-growing content format by far"

However, he had noted that the dynamics are a little bit different with Reels from what they have seen with other formats such as Stories and mobile feed in the past.

"The thing that is somewhat unique here is that TikTok is so big as a competitor already and also continues to grow at quite a faster rate off of a very large base...it takes us longer to kind of get to where we want on this. Even though we're compounding extremely quickly, we also have a competitor that is compounding at a pretty quick rate," Zuckerberg said on February 3.

TikTok is currently banned in India, which has proved to be beneficial for Instagram over the past year. Instagram was the top app in terms of total global downloads in Q4 2021, registering a 10% increase in app installs from Q3 2021, according to app intelligence firm Sensor Tower.

During the call, Zuckerberg had noted that while the video has historically been slower to monetize as compared to other formats, they believe it will change over time.

Meta notes that not all Facebook Reels will have banner ads and it will depend on a variety of factors, ranging from advertiser targeting-setting to the value of the ad for the viewer. Creators can also choose to opt-out of banner ads running on their Reels content in Creator Studio.

The company will also launch full-screen and immersive ads in between Facebook Reels across the world in the coming months. These formats have been in testing since October last year in various markets including India.

"We're also launching brand suitability controls, including Publisher Lists, Blocklists, Inventory Filters and Delivery Reports for Banner and Sticker Ads in Facebook Reels in every region they are available, giving advertisers more control over how their ads appear in places they don’t consider suitable for their brand or campaign," the company said in a blogpost.

Besides this, Meta said it will also start testing the ability for users to buy and send Stars (virtual tipping) while watching Reels on Facebook in the coming weeks.

In July last year, the company had stated plans to invest over $1 billion in creators through 2022. In September, it rolled out a Reels Play bonus programme to help creators earn money based on the performance of their Reels.

This move comes at a time when Facebook saw its first-ever quarterly decline of daily users in the December quarter of 2021. The platform also witnessed slower user growth in its biggest market India during the quarter due to an increase in data package pricing, Meta CFO Dave Wehner said on February 3.

Meta is also making its short video offering Reels available across more parts of its Facebook app apart from extending it to more than 150 countries.

In the coming weeks, Reels will be available at the top of the user's feed (previously News Feed), Facebook Groups, and its long-form video destination Facebook Watch. Users will also be able to share public Reels to Stories on Facebook and create Reels from existing public stories. 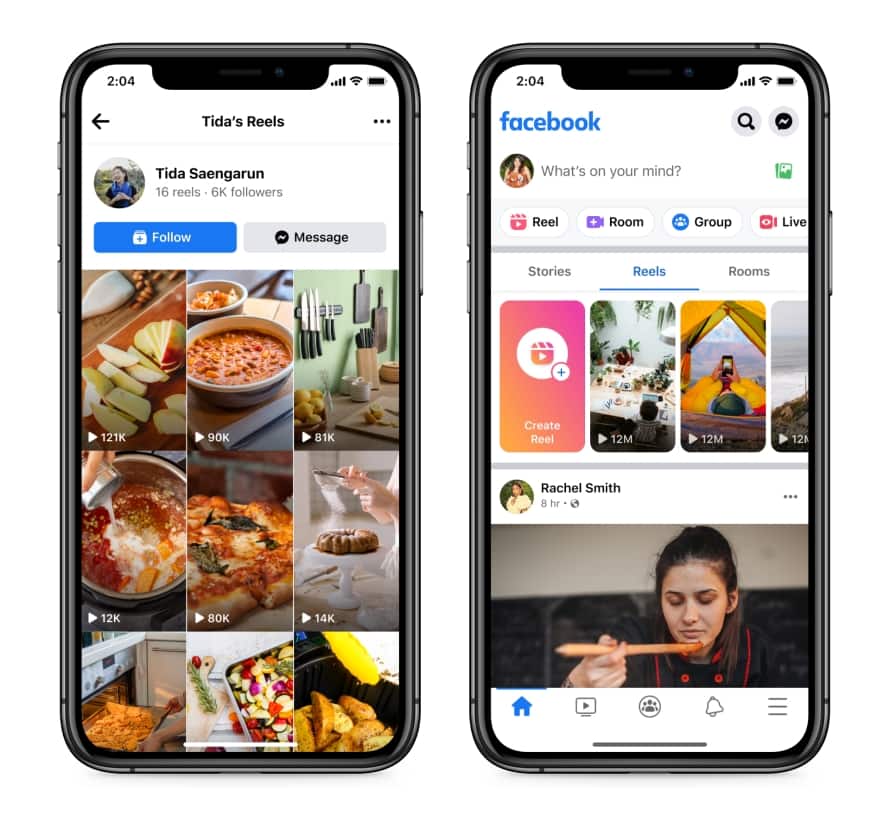 Meta said it is also developing tools to create Reels from the Facebook Watch tab as well as exploring ways to make it easier for creators to share Reels to both their Facebook and Instagram audiences. In select countries including India, the platform will start suggesting Reels to users within the feed that they may like from creators that they do not already follow.

This rollout comes nearly a year after Meta started testing the ability to create and view Reels on Facebook in India, apart from the ability to recommend Reels from Instagram creators on the platform in March last year.

India was the first market where this feature was piloted and was later launched in the United States on Facebook's iOS and Android app in September last year.