Agrawal: The NII looks 1-2 percent higher than what we were expecting. Bottomline is again a clockwork sort of a number and what is encouraging is and what really highlights the strength of their business model that again the gross and net non-performing asset (NPA) percentage is not materially higher than the last quarter whereas for other banks, there has been much more pain. So, overall, a very resilient set of numbers.

Ekta: Have the net interest margins (NIMs) improved by 10 basis points if indeed it has come in at 4.3 percent?

Agrawal: Yes, that is right. Last quarter it was 4.2 percent so I think even on that front it is a pretty good margin.

Agrawal: In the context of the overall expectations for the sector, I think these are still acceptable numbers on the gross NPA. It would be interesting to know what was the banks situation for the accounts which the RBI had given to banks, etc and what is the outlook. I think overall an 11 percent increase is something that should be quite comfortable. 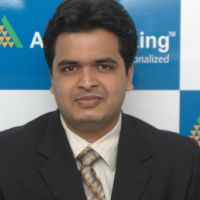 Ekta: What is your take on the numbers that HDFC Bank has reported especially in terms of the asset quality?

Kunal Shah: On asset quality, when you look at it, there has been six basis points increase in gross non-performing loan (GNPLs) and almost 4 basis points increase in net NPLs. So, to that extent I think it is pretty much inline with expectations in terms of overall provisioning as well. So, we were also expecting somewhere Rs 650 crore odd provisioning for this quarter provided that they had almost Rs 1,600 crore of floating provision.

Kunal Shah: Overall when you look at it, it is sub 1 percent level, so not too much of a worry and I think we know that RBI has given out the least of a few corporate accounts wherein across these segments you will see some kind of inch up in GNPLs for almost all the banks. So, in terms of what they have reported, it is still at 6 basis points kind of an increase.

Ekta: What is your view on HDFC Bank’s numbers this quarter?

Hazari: HDFC Bank rarely disappoints the street and going by that trend I think they have been able to meet analyst expectations, so, that is no surprise that even on profits as well as on asset quality they have met analyst expectations. Now, this is truly commendable given the macroeconomic environment they are in because I am expecting even some banks to report losses in this quarter. So, given such an environment, I think these results are exceedingly good.

Hazari: The asset quality at least from the gross NPAs that they have reported has been under 1 percent. So, you would expect that given the banks reputation, I do not see any significant deterioration in its asset quality.

However, this has been one of those banks which has got out of problem loans at an earlier stage and was willing to take the pain upfront as they did with Essar Steel account. So, I think one should not see any significant issue on the asset quality.

Ekta: What is your take on the HDFC Bank numbers?

Gaurang Shah: I would rather put it this way. I think it is a consistent performer and inline with what more or less our estimates barring minor blips on the net and the gross NPA front.

As a disclosure we do have a positive coverage and we are maintaining earlier numbers and depending on that we had kept the target of somewhere close to about Rs 1,200-1,250. Post these numbers, we might just go back to our work tables and revise the target in case it warrants upwards. However, I would say a steady run rate and a steady performance.