Experts not bullish on growth for IT cos; see pressure on wages in FY19

The Indian IT space has been in focus right since Donald Trump came to power in US and even before that with his election rhetoric stating that the focus will be American workers first.

The US President Donald Trump has signed an executive order that calls for a review of the H-1B visa programme, saying they should never be used to replace American workers and must be given to the most skilled and highest paid applicants.

To discuss all that is impacting the sector in terms of visa issues and the earnings, CNBC-TV18 spoke with Girish Pai, Head of Research, Nirmal Bang Institutional Equities and DD Mishra, Research Director, Gartner.

Nirmal Bang has a sell on both TCS and Infosys, with a price target of Rs 1996, 14 percent downside from yesterday’s close and on Infosys, it is Rs 887, said Pai, adding that the house has been negative on the entire space for over one year now. 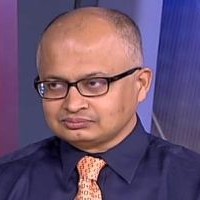 According to him, there is a fair chance of Infosys missing the lower end of the guidance because the rebound in growth in the BFSI sector as expected by the company may not come through.

Infosys has guided for 6.5 to 8.5 constant currency revenue growth in FY18.

Even Mishra agrees that the dream run of Indian IT companies is going to slow down with number of factors unfolding. Shift from the traditional business models to being more digitized may create some disruptions and there will be more pressure on their revenues, says Mishra.

“It is a creative disruption, which is a change that is inevitable,” says Mishra, adding that one need not worry too much.

Two, the shift towards automation which also results in machines doing the job of humans and so, the prices could come down and result in cut-throat competition, which could also impact the company earnings.

Third is changes in regulations in the US will also impact the industry – so all three is creating a scenario where growth for the industry will be muted, says Mishra.

Moreover, with Trump’s executive order stating that the H1-B visas should be awarded to the most skilled, highest paid petitioners – means that wage levels will go up substantially in FY19 and also likely in FY18, says Pai.

So the fact that there will be wage pressure, lower utilisation onsite, and higher subcontracted costs for Indian companies along with the INR issue – all these will lead to margin pressures and the earnings estimates for the IT companies will have to be revisited, says Pai.

So, as of now, everything is a sell, says Pai.

SoftBank in talks to invest Unacademy

Coronavirus News Highlights: Complete lockdown in Bihar from July 16; Bengaluru shuts down for a week