Upcoming Webinar:Join us for 'The Future Techshot' on Sept 22, 10:30am to gain insights into role of tech in streamlining businesses. Register Now!
you are here: HomeNewsBusinessEarnings

Aim to increase exports by 60-70% this year: McLeod Russel

He said last year was difficult, but he expected a better performance this year.

Baheti expects domestic realisations to imporve by 5 percent this year and overseas realisations by 15-20 percent.

Below is the verbatim transcript of Kamal Baheti's interview with Reema Tendulkar and Sonia Shenoy on CNBC-TV18.

Sonia: Can you take us through what went in this quarter? We saw the overall sales volumes for the fiscal down by about 4 percent, do you expect to see any recovery in the first half of FY16?

A: If we go by last year’s numbers, as has been explained earlier on your show as well, we have lost a lot of crop because of the poor weather last year. In fact, in India we lost around 7 million kilograms of tea which is unprecedented. Also the overall prices in the international market got affected because of the geopolitical situation in the Middle East, Russia etc. So last year was a very difficult year and we believe it was an aberration and that two factors affected the overall profitability as well as the topline of the company.

As we start the New Year, these two factors completely got reversed. In fact currently, we are looking at very good weather conditions in the state of Assam. We have already recovered major part of the losses which we have done in the first quarter last year, in the first two month of this year and the prices in the international market have started going up because Kenya itself is going through a drought and they lost around 30-35 million kilograms of tea.

So the two factors which affected last year’s numbers, which was basically an aberration year, got reversed and currently looks far better than what it was in the last year.

Reema: Give us a sense how FY16 will look. You have closed FY15 with revenues of nearly Rs 1,650 crore, your profits were just about Rs 30 crore and margins came in at 8 percent. If FY16 is going to look so much better compared to FY15, give us a sense of how your numbers could look?

So if I have to look at from the last year’s number, there will be a marked improvement, we should be seeing it in Q1 onwards itself with the production recovery and prices going up in the international markets. So 2015-2016 should be similar to what it was there in 2013-2014. 2014-2015 as I said earlier should be considered as an aberration year. 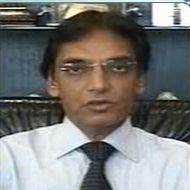 Sonia: What about realizations, what are you forecasting for the year?

Coming back to the margins, we lost margin of around 11 percent from 19 percent to 8 percent last year. If things go back to the normal situation, I will not be surprised getting back to around 18-19 percent of margin both in the Indian operations as well as in the overseas markets.

Reema: Blended margins will be about 18-19 percent ?

A: This is what we expect.

So from 13-14 last year we should be getting back to 21-22 million kilograms next year.

Sonia: Can you give us a break up of different export markets and what your expectation is this year?

A: Generally we export to all the countries which buy the Assam teas. The leading countries will be Egypt, Middle East, UK, Pakistan and Russia. These are the markets which were impacted last year because of the geopolitical situation. Things have settled down, currency has become more stable than what it was in the last year. They have started buying more from Africa this year and as we come into the peak season, the demand will come from the Indian teas also. So these markets where we operate majorly will be the major markets where we will be increasing our exports this year as well.

Reema: Performance is looking up, would you look to buying some tea estates in FY16?

A: This will be a year of consolidation for us. We did buy one tea garden in Rwanda last year. If there are other opportunities which will come, we will look at buying it but we will be looking at increasing capacities in India. Normally these capacities gets generated towards the end of the year and the volume picks up in the next year. So as we go along in Q3-Q4, if there are opportunities we will look at buying the gardens particularly in the overseas market and look at increasing capacities in the Indian markets.