These 4 electrical manufacturers may benefit from the govt's 'Saubhagya' scheme

Bajaj Electricals, Dixon Technologies, V-Guard, and Veto Switchgears & Cables could be some of the major beneficiaries of the 'Saubhagya' scheme announced by the government earlier this week.

In a series of announcements aimed at pump-priming stressed sectors, the government, this week, announced a ‘Saubhagya’ scheme for the power sector with the objective of providing an electricity connection to every Indian household by 2018 end. Should this get implemented in letter and spirit, it could definitely impact the consumption pattern of homes that, hitherto, didn’t have access to electricity. However, it may not add significantly to power demand in a manner that can compensate the loss from a slowing industry.

Electricity connection in a poor household, to start with, will create demand for lights, fans, and low-value brown goods like irons. Nevertheless, the numbers can be meaningful to move the needle for a few companies catering to this space. We expect EES (energy efficiency services) to play a big role in providing entry-level products to the electricity-devoid rural residences. Companies selling their products directly in villages or those taking part in EES tenders are likely to be the direct beneficiaries.

In this regard, here are a few companies that stand to gain immensely in the long-run: 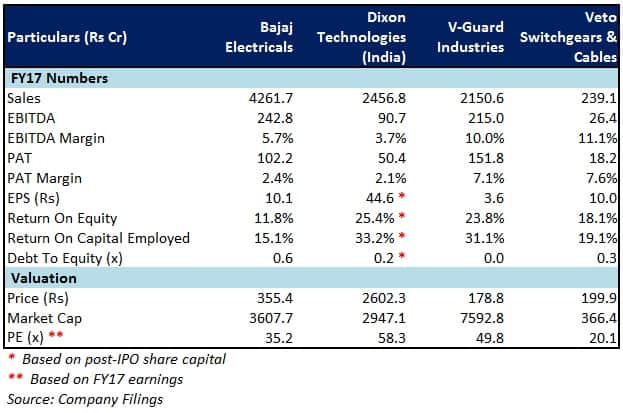 While valuation comfort doesn’t seem to be obvious in most of these names, investors shouldn't ignore this emerging theme.

BJE aims to turn around its performance in the consumer products segment, which has been fairly lacklustre in the past few years. Measures to achieve this objective include elimination of wholesale channels, better incentivisation programmes for distributors and retailers, and an improved retail presence pan-India.

The company hopes to strengthen its engineering and power (EP) segment order book, which stands at Rs 3380 crore as on June 30, 2018, primarily by undertaking rural electrification projects in Bihar and Madhya Pradesh.

Though BJE adopts an outsourcing model, which comes with its own set of negatives, it possesses the capabilities to scale up its businesses if warranted by market situations. 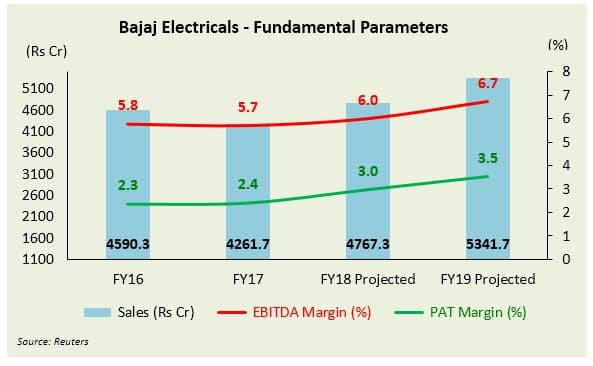 The stock trades at 19.2x FY19 estimated earnings, thus making it a good pick for accumulation.

DTI also provides solutions in reverse logistics (repair and refurbishment services) of set-top boxes, mobile phones, and LED TV panels. Being an efficient manufacturer, the company has the wherewithal to participate in EES tenders.

DTI has strong relationships with reputed OEMs such as Philips, Gionee, Haier, Panasonic, and Reliance Retail, among others. The increasing effort of the government to substitute imports with efficient local manufacturing should augur well for the company going forward. 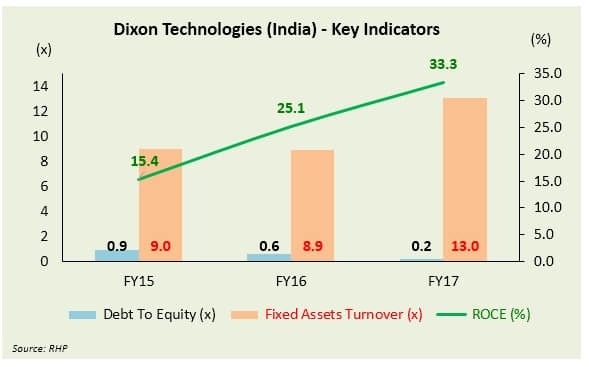 As the capacity utilization at the company’s Sikkim manufacturing facility scales up, the operating and bottom-line profit margins are expected to go up due to the economies of in-house process management and lower income tax rates, respectively. Store expansions will be another aspect to watch out for.

With GST now underway, VGI’s sales will continue to gain traction on account of unorganised entities losing their pricing edge. Additionally, logistical cost savings and warehouse rationalisation under the new tax regime may work in the company’s favour.

At 30x FY19 estimated earnings, though VGI’s valuations appear to be optically high, the stock may be considered worthy of being part of an investor's portfolio.

Post GST, India’s wires and cables industry is anticipated to witness consolidation as organised players gain the upper hand. Power and construction cables could grow reasonably well due to a greater degree of emphasis on renewable energy, infra spending, smart city setups, and housing projects by the government. The company hopes to cash in on these positives, besides expanding its distribution network across India rather than confining itself to the state of Rajasthan alone, where it predominantly operates.

VSC is embarking on a major organisational restructuring exercise and expects to reap benefits from the same in the coming years. The company’s capacity utilisation, which stands at only 50 percent at present, could improve on the back of revival in demand and a headway in the company’s reach. 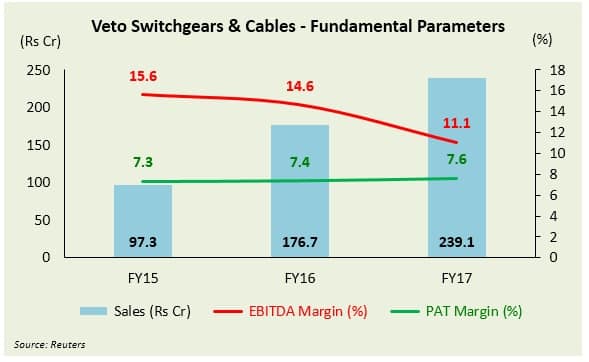