Shotgun Shagun: The shooter who defied critics to reach the Olympics

Shagun Chowdhary was introduced to clay-pigeon shooting at the age of three while growing up in Bikaner, Rajasthan. Her father, Sushil Chowdhary, would shoot skeet with the late Maharaja Dr Karni Singh at Lalgarh Palace. Little Shagun looked forward to evenings when her father would come home from their factory to pick her up and take her along with him to the range.

“I remember carrying my black plastic toy gun with me, which used to make this terrible sound, and then mimic my dad at every station,” she reminisces.

Inspired and supported by her father, Shagun ended up becoming the first Indian woman to qualify for the Olympic trap shooting event at the 2012 Summer Olympics in London. She was also a part of the national team that won the Bronze medal at the Incheon Asian Games in 2014.

At the time when Shagun started clay-pigeon shooting, nobody would have thought that the sport could be something beyond a hobby. Luckily for her, she was at the right place at the right time. In 2001, Shagun participated in her first competition at the same range in Bikaner. “At first, nobody takes you seriously. They feel you are only there to have a good time, to feel ‘cool’ with a shotgun. What they don’t realise is how much it takes for a girl to step out of her comfort zone and be in an environment that is completely alien to her,” she says.

When India hosted the Asian Clay Shooting Championship in 2003, Shagun was part of the double trap team – her first international competition, where she defeated a girl from China and won the Bronze medal. Needless to say, this helped her confidence soar.

The young girl was overwhelmed when she went up on stage to claim the medal for India. The victory helped set the pace for her career. “I wanted to feel that emotion of winning again and again,” she narrates.

While Shagun grew up between Ganganagar, Bikaner, Delhi and Jaipur, her father left no stone unturned in her training and sourcing of the required gear. But her mother always had her apprehensions. “I don’t really blame her because there was no financial security that came along with the sport,” she says, explaining that it was not considered a viable career option in the early 2000s.

A few years down the line, however, everything began falling into place. Shagun got a job with ONGC and became the first woman to take clay-pigeon shooting to the Olympics. This helped convince her mother too about her decision.

Being a woman athlete in a largely male-dominated sport has not been a smooth ride, though. There was a stark difference in the way Shagun was treated as compared with the men. “At first, nobody takes you seriously. They feel you are only there to have a good time, to feel ‘cool’ with a shotgun. What they don’t realise is how much it takes for a girl to step out of her comfort zone and be in an environment that is completely alien to her,” she says. 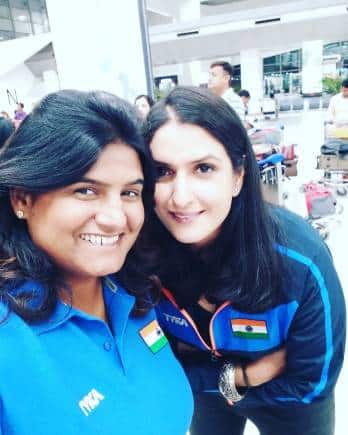 Since shooting is a mental sport, one needs to be in a good space mentally to be able to focus on the job at hand. Early on in her career, when the squads got full, Shagun would be asked to step down to accommodate another shooter and shoot in the next squad. “It was more important for the boys to get their training rounds because they had a target to achieve. I was supposedly there only for fun,” she says wryly.

Shagun, however, befriended a few shooters who helped her with her technique and gave her the confidence to show up again and again. This enabled her to become stronger mentally and worked wonders for her sport.

It took Shagun 11 years to be taken seriously. An Olympic quota and the fourth position at the World Championships in Belgrade in 2011 finally changed people’s perspective of her. “From being just another girl who shoots, I became the first girl to take India to the Olympics. I finally received the validation that I was pining for all those years,” she smiles.

With this year’s Olympics being postponed to 2021 and all international competitions standing cancelled in the wake of the COVID pandemic, there is a lot of ambiguity related to the sport at present. 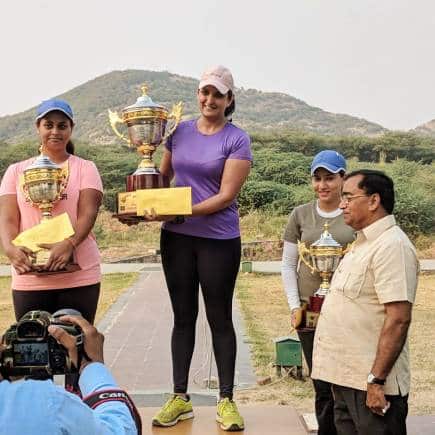 “In my sport, we do not have the luxury of practising at home, so we have no choice but to wait it out and work on our physical and mental strength in the meantime,” says Shagun, who recently took on an organic farming venture to help generate employment for women at her family-owned citrus orchards in Jaipur and Ganganagar.

The family primarily grows organic kinnows, which they supply to farmer markets in Jaipur and Delhi. Due to the nationwide lockdown, Shagun spent a considerable amount of time at the farm this year.

“I love the farm life, the open spaces, and interacting with the villagers. I wanted the rural women to feel financially independent and to walk tall – to be an equal in their families and put food on the table,” says Shagun.

It was with this motivation that she began employing women for the orchard. Currently, there are eight women working at the farm and the numbers will grow once all the systems are in place. 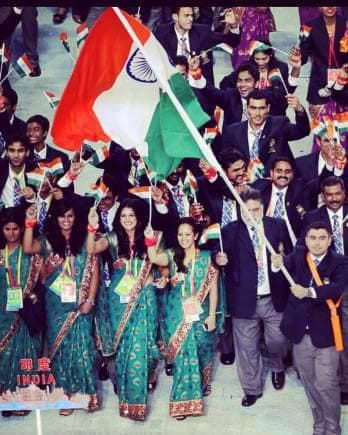 “From being just another girl who shoots, I became the first girl to take India to the Olympics. I finally received the validation that I was pining for all those years,” she smiles.

Shagun’s message to young women is to have courage to pursue whatever they might want to, unabashedly and unapologetically. “Don’t seek validation from your peers, have the confidence to validate your actions in your mind for yourself because that is what defines growth,” she believes.