Bickram Ghosh on doing a concert with the late Santoor maestro and Bollywood composer Pandit Shivkumar Sharma, and what set Pandit ji apart as an artiste and a human being.

Pandit Shivkumar Sharma with Lata Mangeshkar. As one-half of Shiv-Hari and as a soloist, Pt Sharma is credited with many Bollywood music chartbusters.

Pt Sharma died of a heart attack in his home in the western suburbs of Mumbai. He had had kidney problems and had been on dialysis for the last six months.

Known globally for bringing the santoor to the fore and making classical music with it, Pandit ji also contributed greatly to Bollywood music. He played as a soloist with the legendary S.D. Burman on many of his films, and as one-half of Shiv-Hari (along with Pandit Hari Prasad Chaurasia) is credited for chartbuster compositions in films like Silsila, Chandni, and Lamhe, among others.

“He was so down-to-earth”

I had known Pt Shivkumar Sharma ji for a very long time but I first got the opportunity to play with him in 2001. It was a concert in Calcutta (Kolkata)... We had a short rehearsal in the green room of the GD Birla Sabha Griha. He’d played jhaptal.

It was an extremely beautiful experience playing with him because of the way he came across. He was so down to earth. There were never any airs, there was never any “I am such a huge artiste" or "I am such a big name" or "You are such a young tabla player playing with me".

“He was encouraging even on stage”

Pandit ji was always sweet, supportive and encouraging. And one of the best things about him was that he was very appreciative on stage as well! When I played with him at a concert...I came back with a warm feeling in my heart. Eventually, a part of that concert was released on my album Timeless Tabla which came out from Sony Music around 10 years back.

“He was unlike any other artiste”

There is the another incident related to my performance with Pandit ji on stage. For my album, Sony Music wanted excerpts from my accompaniment with great artistes like Pandit Ravi Shankar and others. And I wanted my recording with Pandit Shivkumar Sharma to be a part of it. But sometimes it is not easy to have a legendary artiste agree to such things. However, I called Pandit ji and I also spoke to Rahul Sharma his son, who is a dear friend of mine, and it was again amazing just how easy Pandit ji was with everything. He was unlike any other artiste. I remember him telling me, "Beta tum kar lo - of course you can bring it out. Koi problem nahi hai. Woh ek accha concert tha and aap isko zaroor nikaal sakte ho. (Go ahead, beta. There's no problem. It was a good concert, and of course you can bring it out.)”

He gave his full permission in writing. His secretary sent me a letter with details stating that I could use the track. And Pandit ji asked for nothing in return!

“Despite being a legend, he was easy to interact with”

He was this humongous artiste who introduced the folk instrument santoor as a classical instrument for the first time. And he composed some of the most brilliant songs in the Hindi film industry.

Pandit ji also played the tabla for one of the tracks composed by S.D. Burman, I think it was probably from Guide. He played the santoor in many classics of S.D. Burman, including ‘Dil ka Bhanwar Kahe Pukar’.

He became such a huge music director with Pandit Hari Prasada Chaurasia as Shiv-Hari. But never ever in all his career did he come across as someone with any airs. He was the easiest human being to be with, always ready with a smile, always encouraging.

It’s not just that we have lost a huge artiste, a classical maestro but also an amazing human being. Everybody in the music industry loved him. He was never in any controversies. He never spoke loudly or rebuked anyone, and never got into a fight. It is just amazing how dignified he was throughout his career. My pranams to him!

We will always miss you, Pandit ji! 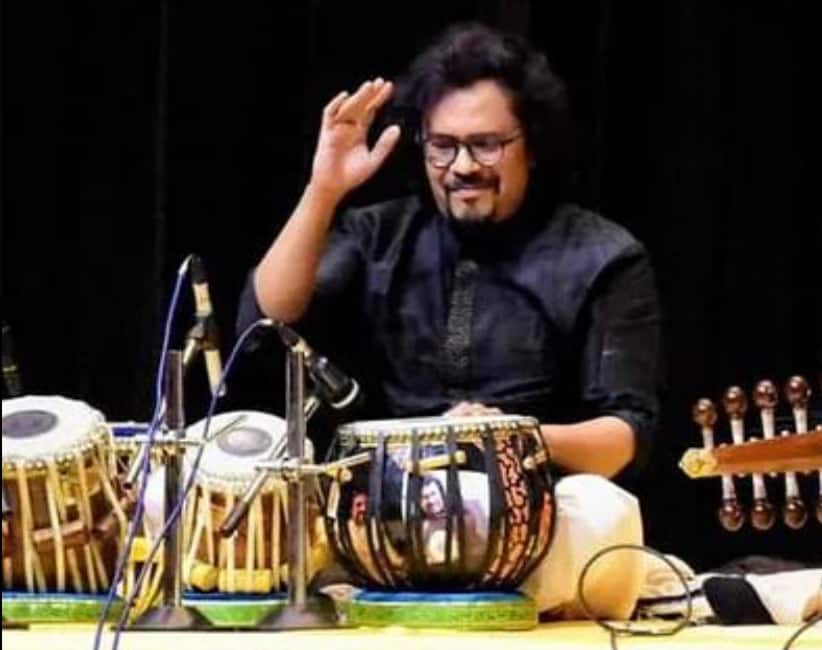