Pocket square for dummies: How to sport one, where does it originate and other questions answered

Why was the pocket square once called a ‘handkerchief’, when did it become a ‘cool’ accessory and how to complement a suit or a blazer with a pocket square in the right fabric and pattern.

Note to readers: Desire for Dummies is a new series that will guide readers who are looking to be lavish on luxury or big-ticket investments by answering all the key questions they may have.

Lapo Elkann, the heir to Italy’s famous Agnelli family — which founded the marquee auto brand, Fiat — may have famously said, “A pocket square must always be white, and a bit wild. If it is too prepared, it is tacky.” But charmingly appointed men are aware of how striking cool peacock feather-coloured and beautifully patterned pocket squares can lift classic blazers, sharply-cut suits and even a tuxedo. A pocketful of silk (or linen, or cotton, as the case may be) is not just the apogée of a dapper man’s look. It makes a sharp sartorial statement and defines the man as the lover of all fine things in life, without spelling out these attributes in actual words. “A lot of men I know are into this whole scarf thing. Not my thing. I prefer to update and personalise my style with the smaller things, like a pocket square…” That’s how American actor, singer and model James Marsden defined the magic of the little piece of fabric that peeks out of a suit pocket and has the ability to transform the banal everyday suits and blazers into style statements. 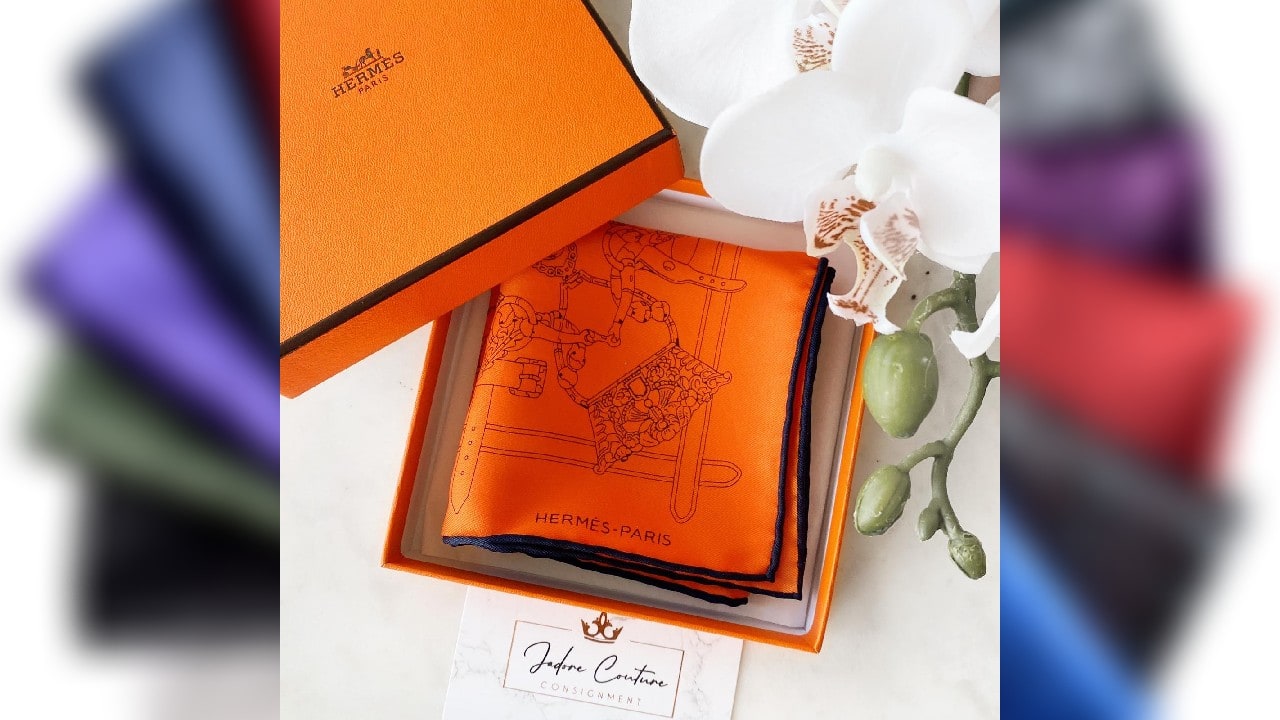 The rise and rise of pocket squares

A little bit of heritage recall will offer you a nuanced understanding of the pocket square.

The first recorded history of this men’s fashion accessory was somewhere between the years 1377 and 1399 when King Richard II of England is said to have invented the cloth handkerchief for men. But some accounts place the origins of the pocket square back to Egypt in the Middle Ages. Small red-coloured bandages were used by the men living around the River Nile as a symbol of wealth. Whatever may be its origins, it was not until the 1920s when the introduction of a two-piece suit brought the pocket square to the forefront of men’s fashion, and the handkerchief earned the voguish moniker of pocket squares.

The super-success of a series such as Mad Men, in which those maddingly cool admen wore them all the time — from the office to a meeting and then to the bar — led to the vertiginous rise of pocket squares. From then to now, the pocket square has seen good times, and some rough times when it was discarded in favour of the other classic neckpiece — the scarf. You can’t keep a good thing down for too long, however, and over the past few years, the pocket square has seen some sort of a renaissance. Fashion’s It Boys have rediscovered the magic they add to their suit or blazer when they head out to a formal red carpet event, a wedding, or on a romantic date where they want to make the right impression. Prince Charles always wears one. He may not wear a tie, but his pocket squares sport classic paisleys or modern spots. And so does Johnny Depp, often in his offbeat eclectic way, with a T-shirt under his jacket, a scarf and a red pocket square — as flamboyant as his personality — peeking out.

There are a plethora of pocket squares available in various fabrics and patterns. What should I pick? Fabrics have travelled a rather long distance, from the solid-coloured pocket squares of yore to the lush silk, chic linen and sharp cotton ones now. The fabric you choose should be governed by the season and the occasion: silk for formal evenings out and seasons such as autumn and winters, and linen and cotton for work meetings, weekend brunches and seasons such as summer and spring. The fabric has to be thin enough to slip into your suit upper pocket or your blazer pocket, without creating an unseemly bulge. Solid squares may be easy to sport but the patterned ones lift the look and spell effortless, confident style. Paisley patterns are popular but if that is not your style, there are enough geometric prints and graphics to choose from. Jacquard pocket squares will help you push the sartorial envelope just a little more. 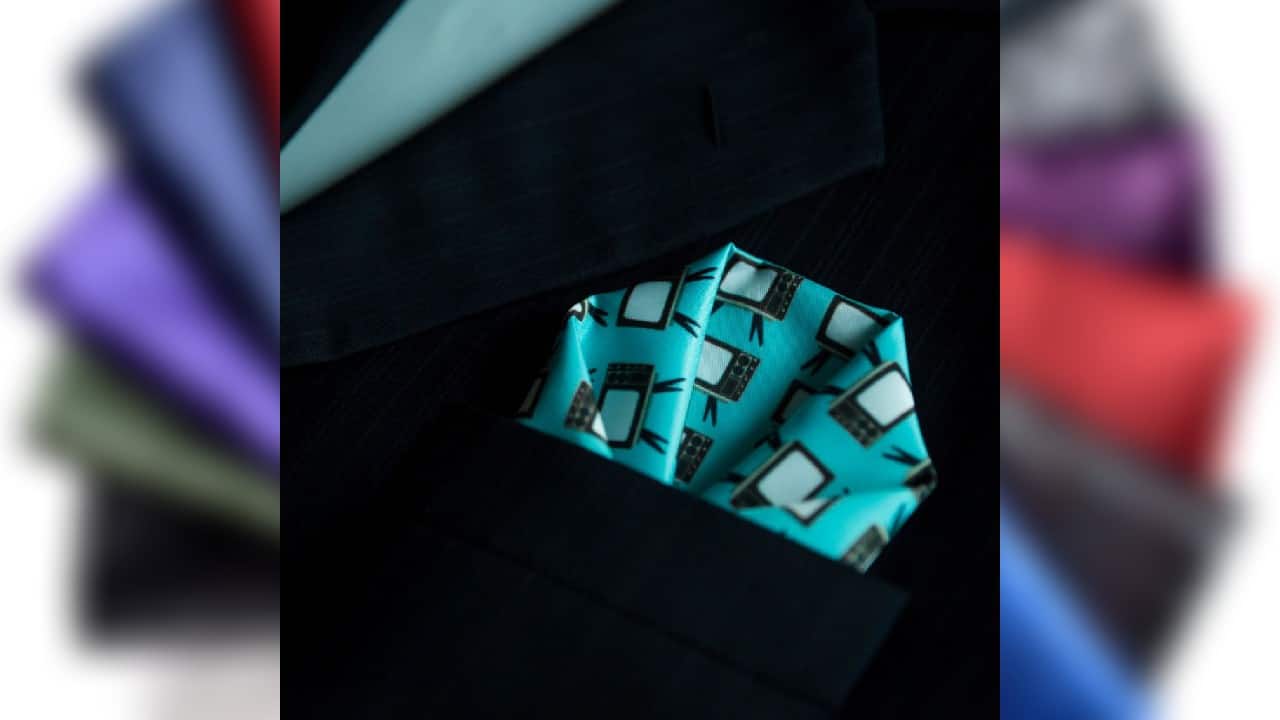 The patterns would depend on the occasion and the event. For instance, at a summer cocktail, a coloured or patterned pocket square in linen or silk twill will impart the right amount of playfulness to your linen or cotton blazer.

How do I fold my pocket square? There are several ways in which you can fold a pocket square. The Presidential Fold is said to be a classic. Sharp enough and yet not loud, if you remember the way Don Draper, the lead protagonist of Mad Men, and generations of men ever since have sported it. 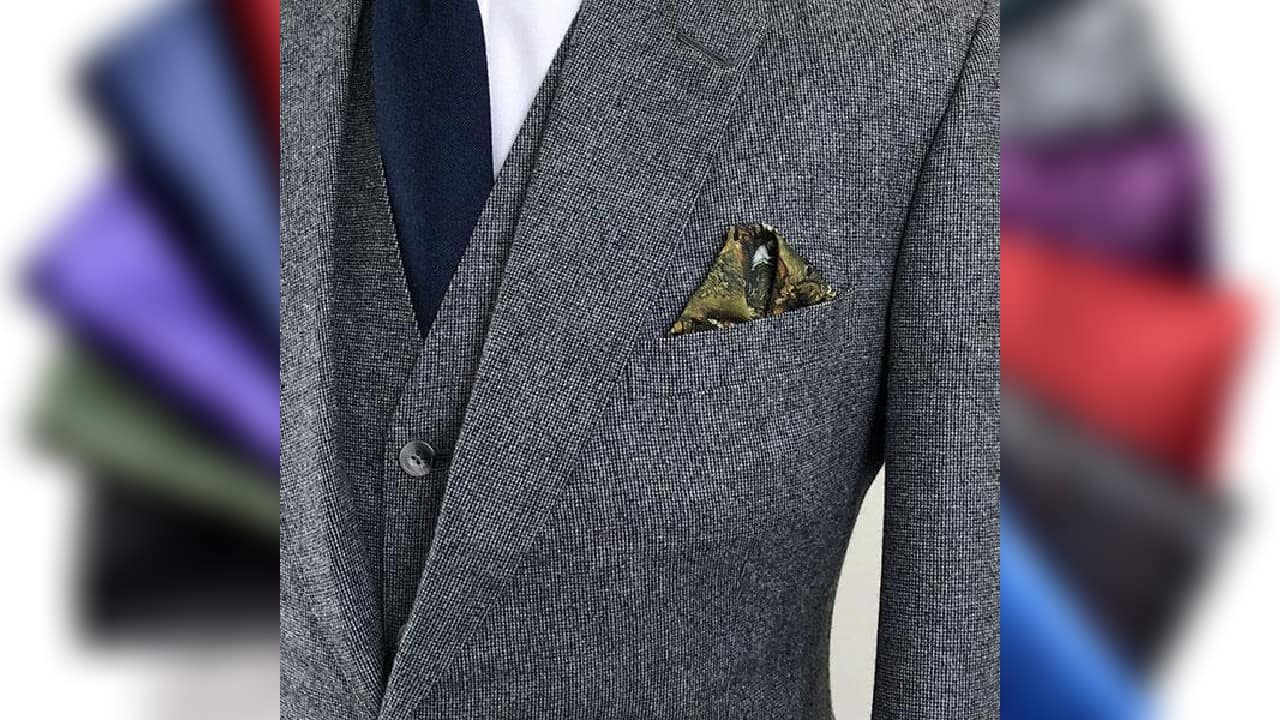 Are there any etiquettes of wearing a pocket square? 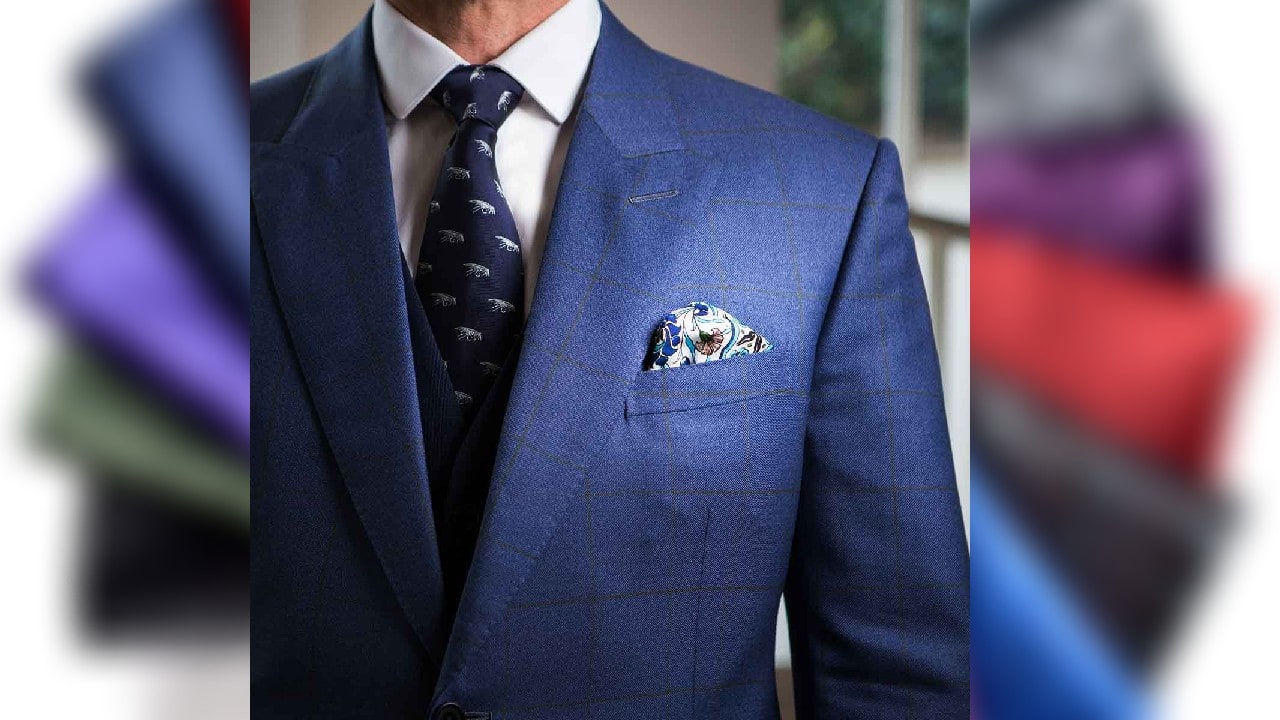 
With what do I wear the pocket square? If you are wearing a pocket square with a tuxedo, you need to ensure that it does not clash with the bow tie. Try and keep it white and ideally in silk fabric and not go overboard on the fold. Wearing pocket square with a tuxedo

Don’t let the etiquette worry you too much, though. If you are in a mood to ‘style rebel’ just go the Johnny Depp way.

Where to buy one? 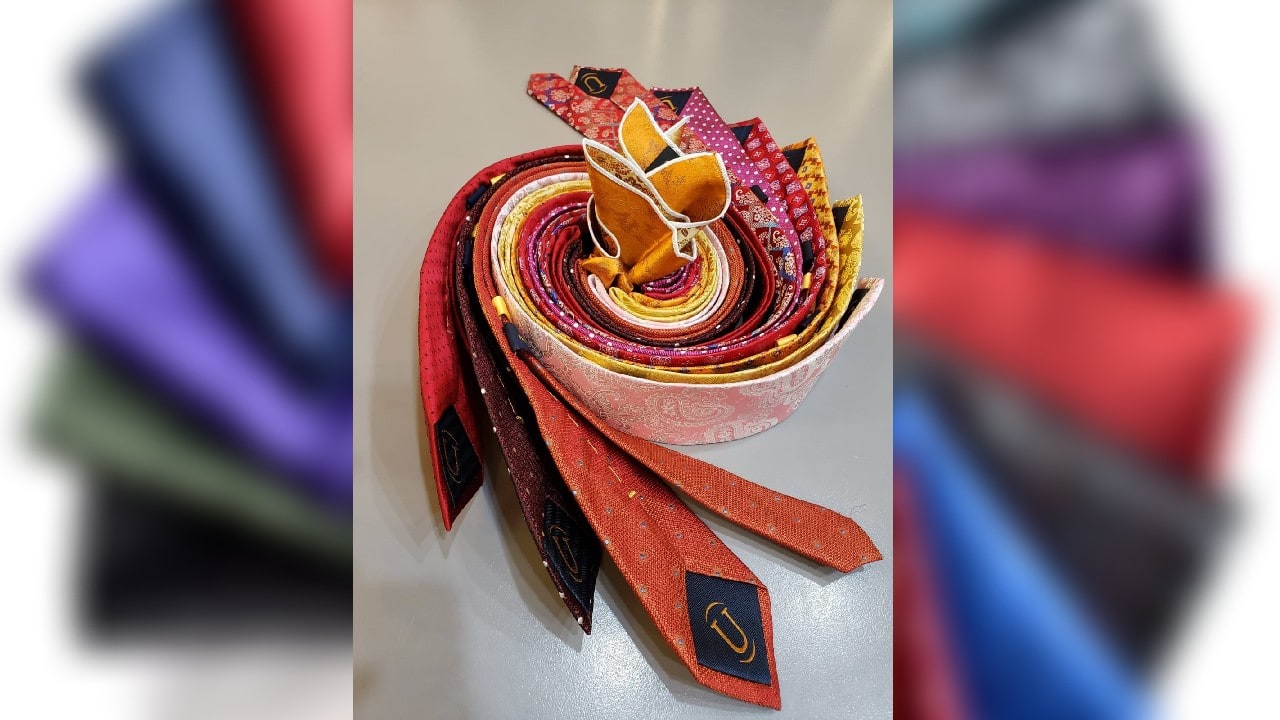