India reported over 15,000 COVID-19 new cases according to the official update, on January 21, 2021. Active cases drop below 2 lakh cases with a fall of over 4000 cases in a day. Recoveries above 1 crore with a recovery rate of 96.7 percent. Over 8 lakh beneficiaries vaccinated till date.

As many as 8,06,484 beneficiaries have been vaccinated across India according to January 21, update. 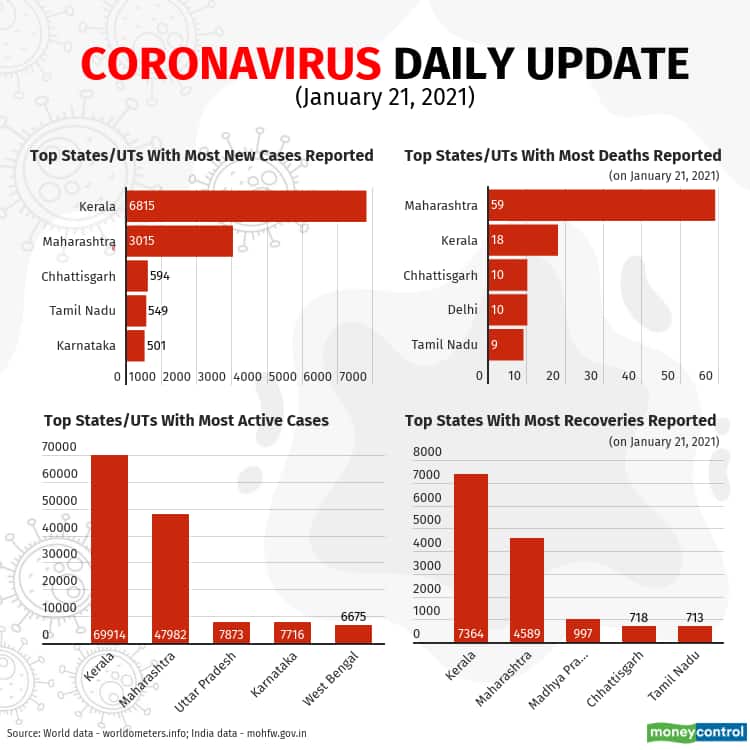 Maharashtra also reported the most (59) new deaths, followed by Kerala (18), Chhattisgarh (10), Delhi (10) and Tamil Nadu (9). These five states account for 70 percent of all the new deaths reported across the country. 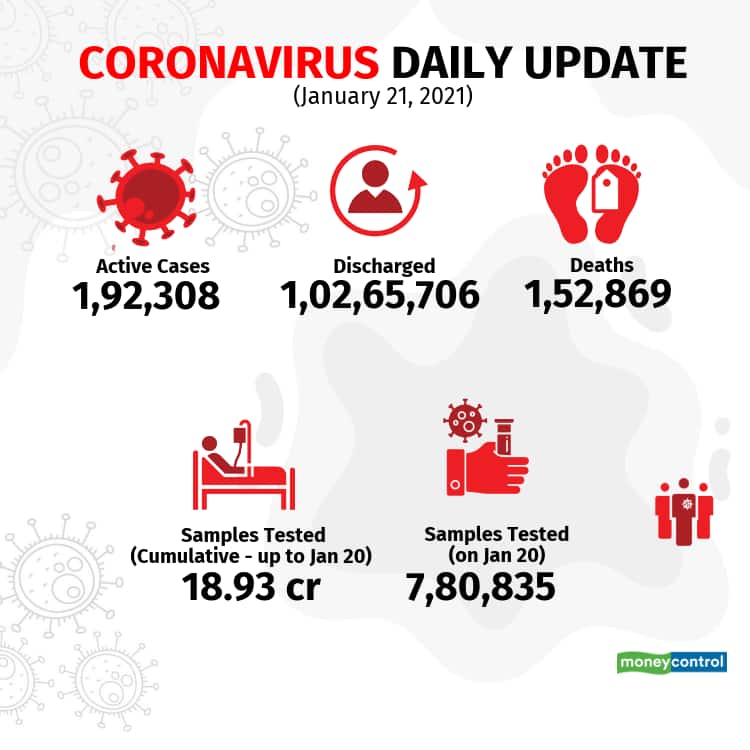 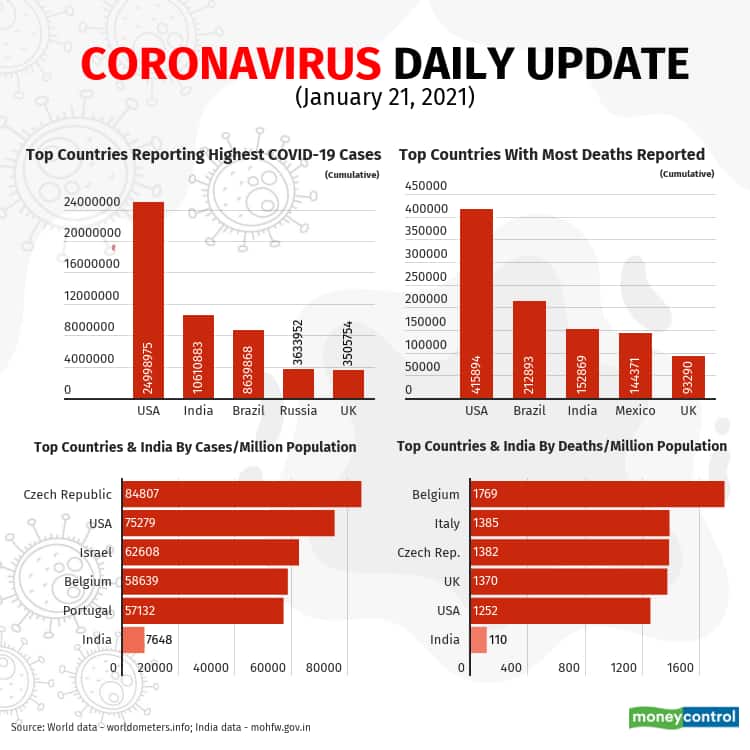 Despite the high number of cases and deaths reported by India, the country fares better when compared with other nations in terms of per million population.
Chaitanya Mallapur
TAGS: #coronavirus #Covid-19 #India #Kerala
first published: Jan 21, 2021 12:49 pm