India reported nearly 17,000 COVID-19 new cases according to the official update, on January 14. Active cases fall by over 900 cases in a day. Recoveries above 1 crore with a recovery rate of 96.5 percent.

As many as 16,946 new cases of novel coronavirus were reported, with India’s total COVID-19 cases now above 1.05 crore, as per the health ministry’s January 14, 2021 update. The new cases below 20,000 mark have been reported for the seventh day in a row. Maharashtra also reported the most (70 or 35 percent) new deaths, followed by Kerala (26), West Bengal (18), Uttar Pradesh (15), and  Delhi (11). These five states account for 71 percent of all the new deaths reported across the country.

About 12 states and union territories--Andaman and Nicobar, Arunachal Pradesh, Dadra and Nagar Haveli/Daman, and Diu, Jammu and Kashmir, Jharkhand, Ladakh, Manipur, Mizoram, Puducherry, Sikkim, and Tripura did not report any deaths today. 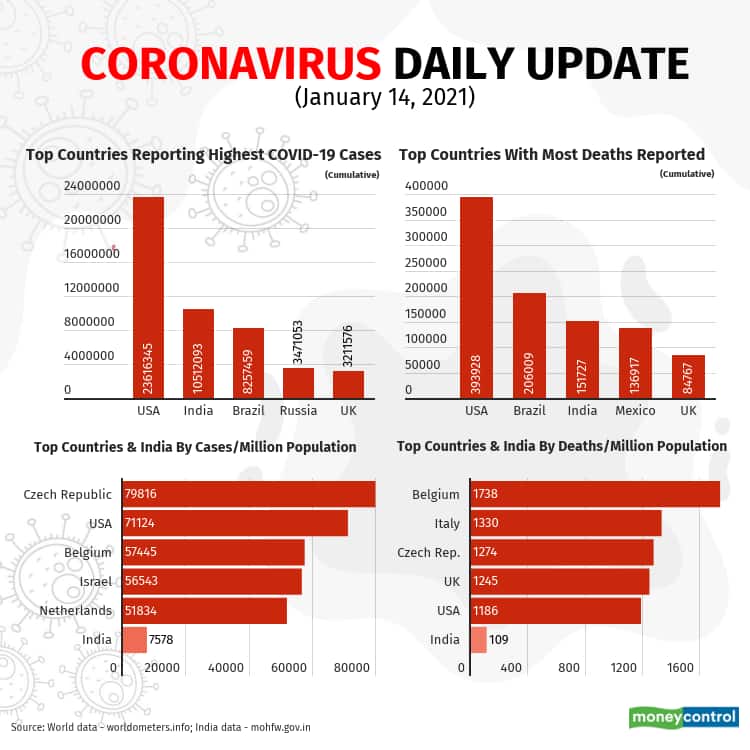