A Kerala-based social enterprise built on spiritual and humanitarian values is out to provide rural women access to low-cost, eco-friendly cloth pads.

As co-director of Amrita SeRVe, a project of the Mata Amritanandamayi Math, an NGO with consultative status to the UN’s ECOSOC, Anju Bist has travelled to the most backward village clusters in 20 states of India, helping set up initiatives for sustainable development. In 2017, the Kerala-based NGO developed reusable pads from banana fibre and cotton cloth, called Saukhyam. 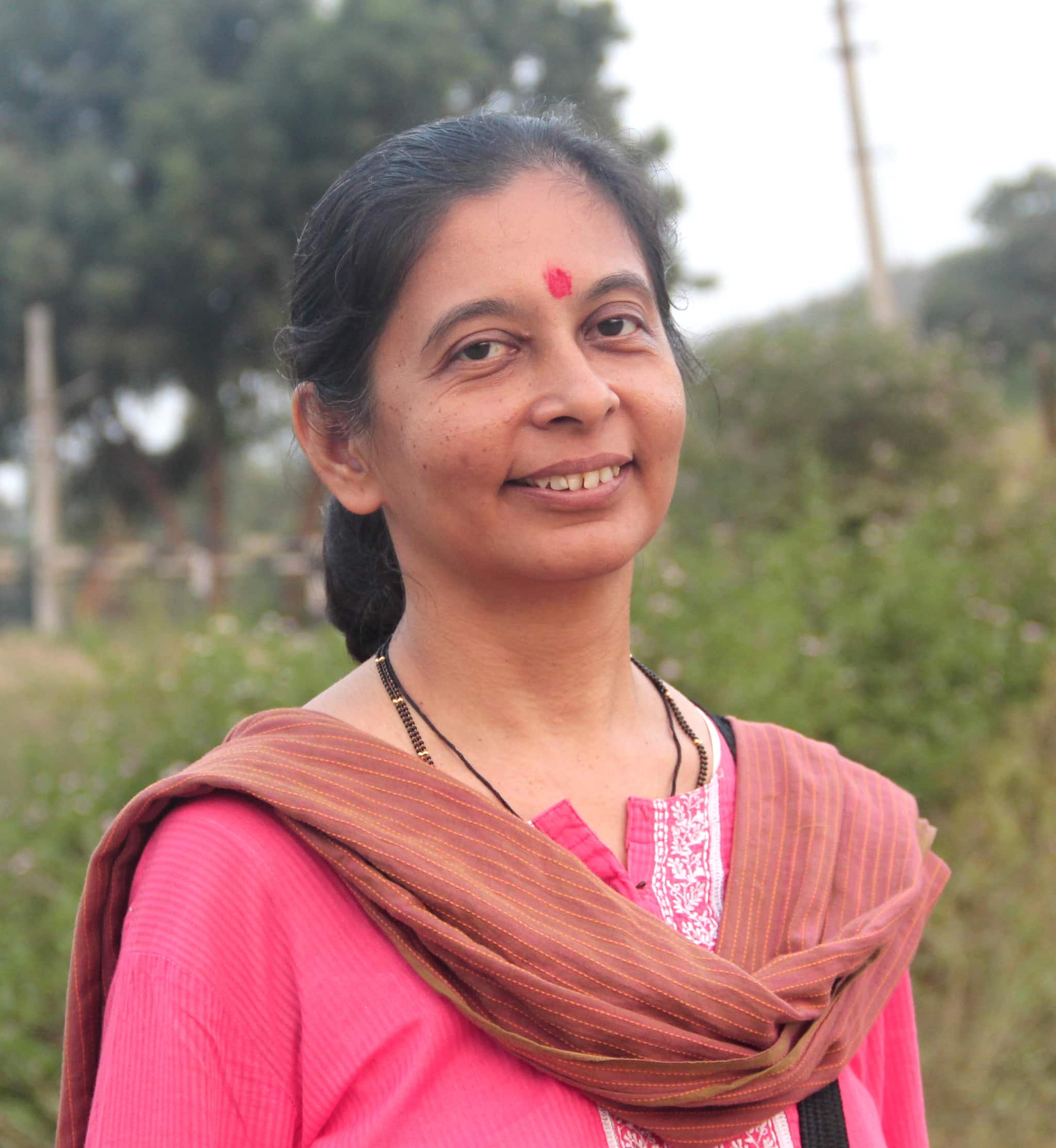 Since 2017, Anju has been leading the Saukhyam team of over 30 volunteers and staff engaged in the production and sale of these pads, which have won awards nationally and internationally. Over 50,000 pads have been sold in three years, helping prevent the emission of carbon dioxide and reducing non-biodegradable menstrual waste.

Anju obtained her MBA and MS from the University of Maryland at College Park in the US and worked for PricewaterhouseCoopers thereafter. In 2003, she moved back to India and during the next decade was part of Amrita University where she taught environmental sciences and headed the team for web communication.

We asked her about Saukhyam and the advantages of cloth pads.

What was the motivation behind launching a brand of reusable pads? Reusable pads solve the problem of waste and help mitigate climate change to some extent. If every menstruating woman and girl in India used disposable pads, then a whopping 4,87,50,00,000 soiled pads would be discarded every month! These would continue to pollute the planet for a long time.

Another well-kept industry secret is the fact that trees are cut to make the cellulose fibre, which is the absorbent material in most disposable pads available today. The link between disposable sanitary napkins and climate change is finally being acknowledged now.

The main motivation for our team was the desire to bring low-cost products for menstrual hygiene to lakhs of women and girls in rural areas who do not have ready access. In doing so, we did not want to exacerbate environmental problems. This led to the creation of a reusable menstrual pad from banana fibre and cotton cloth.

Why did you choose banana fibre?

Banana fibre is a type of cellulose fibre extracted from the banana tree. It is a completely natural substance and is used as an absorbent without chemical additives. It can absorb up to six times its weight in liquid.

Cellulose fibre is the absorbent material most disposable pads globally and it is derived from trees. With banana fibre, though, one does not need to cut any living trees – the fibre is obtained from cut trees.

India is the largest producer of bananas in the world. Banana fibre is obtained from agro-waste and is a made-in-India raw material. When we began, we also heard about the therapeutic qualities of banana fibre. Now we have anecdotes from several Saukhyam users whose painful cramps reduced in intensity after they made the switch to reusables. These anecdotes need to be scientifically investigated and validated. 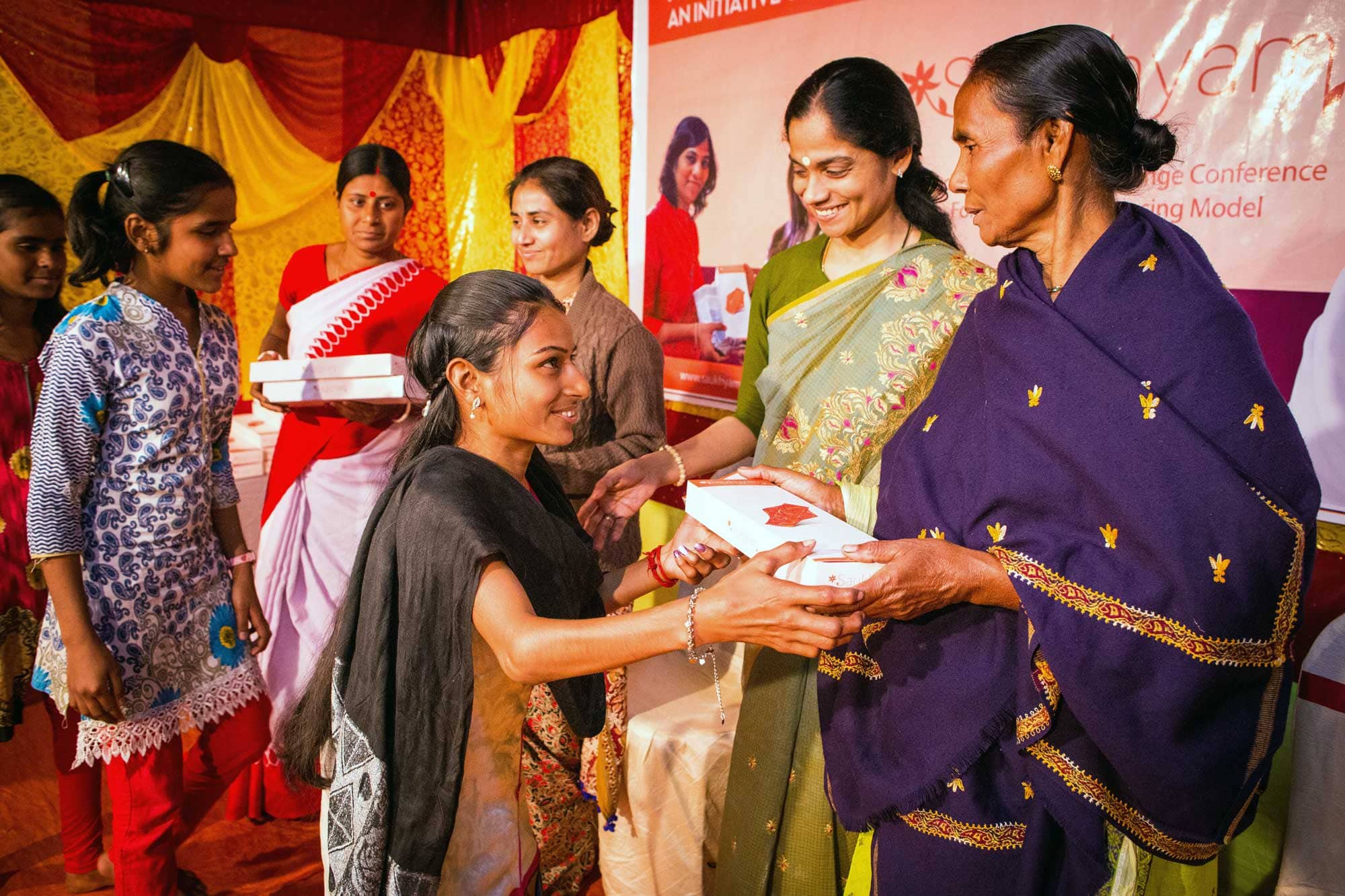 Do cloth pads work out to be more economical than disposable pads?

This is almost Rs 48,000 over the entire menstruating lifetime of 40 years. Compared to this, the Saukhyam starter pack with five-day pads costs Rs 280; the value pack with an additional night pad and pouch costs Rs 440. These pads last four to five years. If one buys them 10 times in one’s lifetime, the total expense is under Rs 5,000.

How hygienic are reusable cloth pads compared with disposable pads?

There is quite a body of scientific literature and journal papers on the topic of reusable pads from different countries. We are working with a PhD scholar at Amrita University, who is scientifically proving that these pads are better than disposable pads in many ways.

As long as one follows the washing and drying instructions properly, the pads are completely hygienic to use and reuse, and don’t generally stain.

For many women, the chemicals and toxins in disposable pads cause rashes, and a shift to reusables helps them experience freedom from this. It is reusable products that are more hygienic and better for our bodies, and not disposables.

What is the connection of Sri Mata Amritanandamayi Devi with this brand?

Teams from the Math and Amrita University began several interventions in these villages facilitate sustainable development. At the root of many health and education related problems of rural girls and women was the lack of suitable products for menstrual hygiene. It was on Amma’s instructions that efforts were made to develop a sanitary pad for this purpose. When the team at Amrita University learnt that trees are destroyed to make pads, we could not propose a solution that would lead to the destruction of even more trees. So, we decided to use banana fibre.

At first, we tried to make disposable pads from banana fibre. But Amma said, “Even though banana fibre comes from waste, it is far too precious to be used once and thrown away.”

Thus began our efforts for reusable pads. Today principles of the circular economy state that disposable products cannot be sustainable in the long run. The planet simply does not have enough resources for us to take, make, use and throw endlessly.

Amma continues to guide our efforts as we attempt to bring these pads to women all over rural India. The surplus from the sales is used for the development of the same villages the pads are made in. 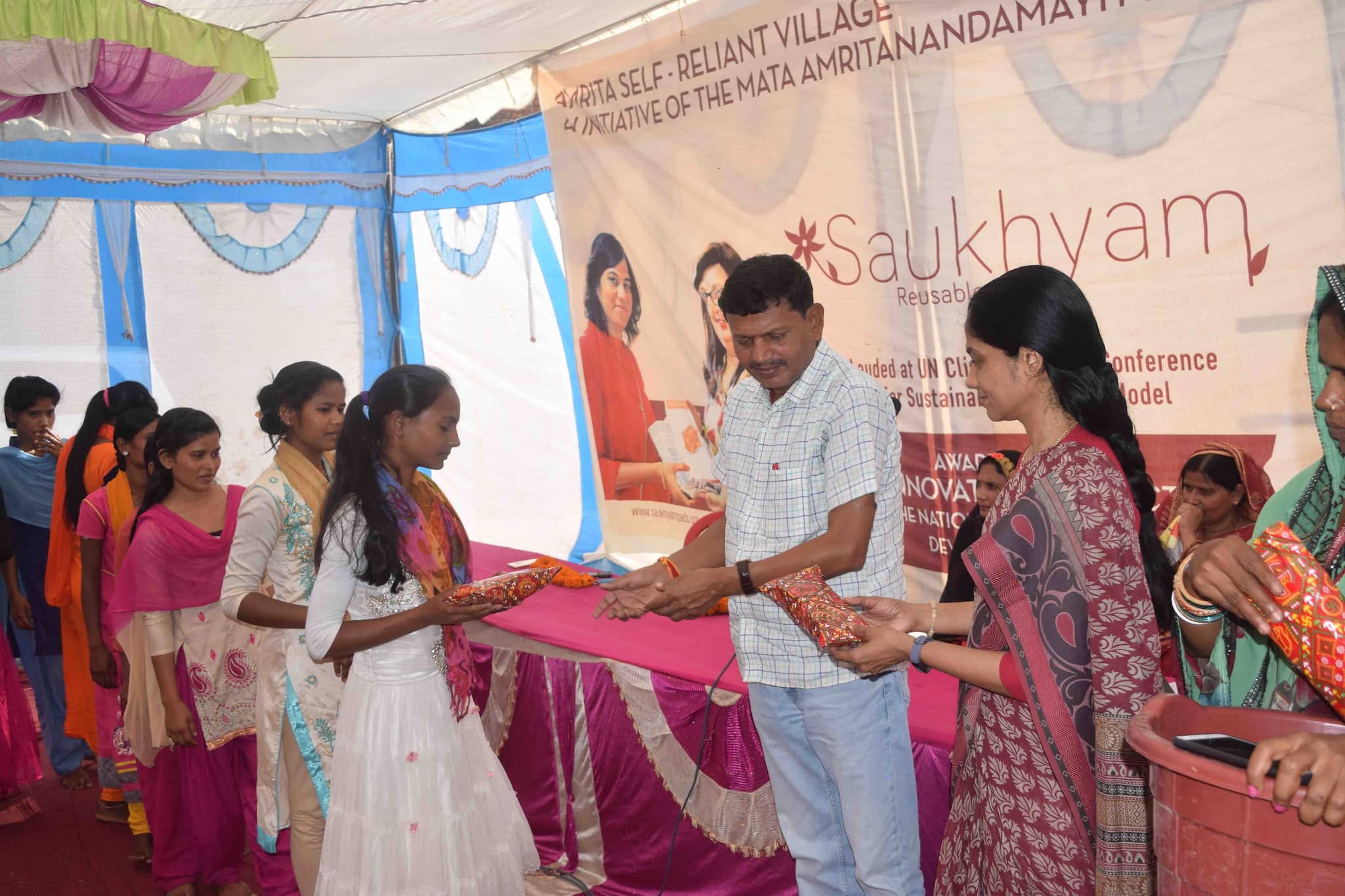 What are the challenges that are faced by underprivileged women when it comes to menstrual hygiene and how does your product address that?

We have all heard of the horror stories of women and girls in remote rural areas using cow dung, ash, leaves or sand for their menstrual hygiene needs. Even if a woman uses cloth, it is challenging to wash it, get the stains off, and dry it in the open. Cloth pads are designed to be easy to wash and dry and we have seen them becoming very popular among women in rural areas.

We have distributed pads for free in several impoverished communities, and have partnered with other organisations for the same as well. Free distributions are not sustainable in the long run, however. Moreover, they do not necessarily encourage behaviour change. We have found much more success with adoption of good menstrual hygiene practices when the beneficiaries pay at least in part for the pads, rather than receiving them completely free.

Ours was one of the first brands in India to bring down the price of one reusable pad from over Rs 200 to about Rs 60, so that rural women could easily afford them. Because our team is composed of mainly volunteers, we are able to keep the pricing low. The Rs 5 profit per pad goes to the self-help group that makes the pad. Our goal is to ensure widespread access, availability and awareness of reusable pads everywhere in our nation.