After Chris Rock cracked the joke, the camera panned on to the Smiths seated in the audience. Will Smith appeared unaffected initially but Jada Pinkett Smith's face dropped. She has been fighting autoimmune disorder alopecia, which can cause hair loss and balding.

Actor Will Smith stunned audiences across the globe during Oscars 2022 when he walked up to the stage and slapped comedian and fellow actor Chris Rock who cracked a joke on Smith’s wife and actor Jada Pinkett Smith. The actors continued to shout at each other despite organisers cutting off the audio.

Rock was on the Academy Award stage presenting the category for best documentary. He began by making a few jokes including one on Pinkett Smith, referring to her as “G.I. Jane” due to her closely cropped hair. As the camera panned on to the Smiths seated in the audience, Will Smith appeared unaffected initially but Jada Pinkett Smith's face dropped.

The 50-year-old actor had in the past spoken about her battle with the autoimmune disorder alopecia, which can cause hair loss and balding.

As Rock moved on with his presentation, Will Smith walked to the stage and slapped him across the face. 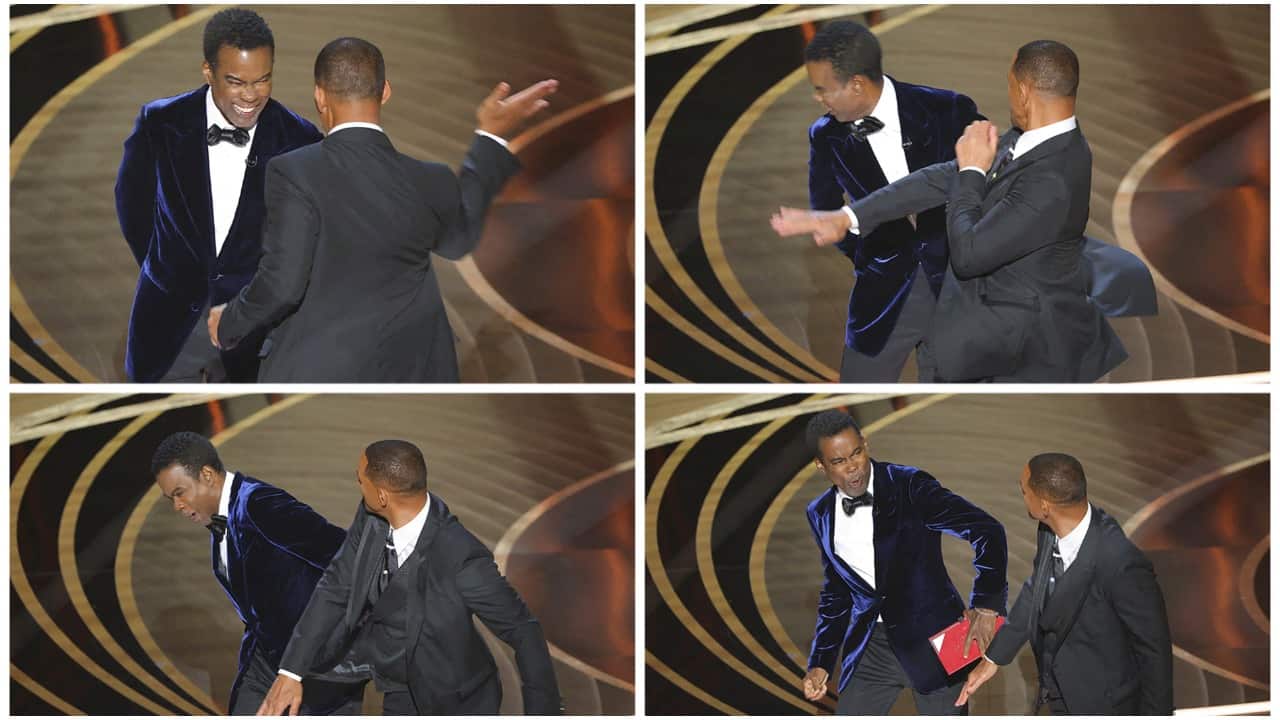 Will Smith smacks Chris Rock on Oscars 2022 stage after the comedian cracked a joke on Smith's wife and actor Jada Pinkett Smith.

At first, it was unclear whether the assault was planned as a joke. But the organisers cut off the audio immediately cut after Smith slapped Rock. Uncensored international feeds, however, picked up the two actors yelling at each other.

“Will Smith just smacked the shit out of me,” Rock said while Smith walked away. Smith then returned to his seat and shouted, “Keep my wife’s name out of your f***ing mouth!”

“Keep my wife’s name out your f***ing mouth,” Smith repeated. 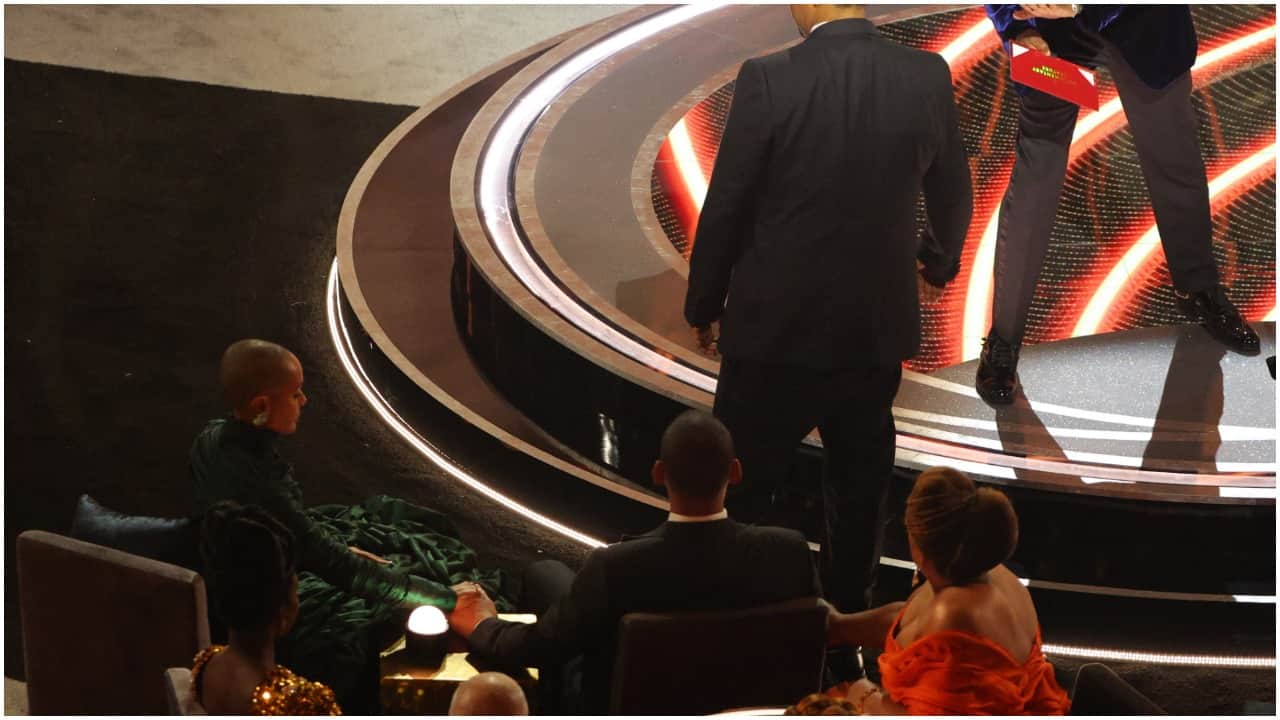 Denzel Washington (standing) and Jada Pinkett Smith (L) speak with Will Smith after he hit at Chris Rock (R) as Rock spoke on stage during the 94th Academy Awards in Hollywood, Los Angeles, California, U.S., March 27, 2022.

According to a tweet from Variety Executive Editor Ramin Setoodeh, the assault was not planned and did not happen in rehearsals.

Someone who works for the Oscars told me that Chris Rock was not interrupted by Will Smith at rehearsals yesterday. It was not supposed to happen. It was real. #Oscars

Minutes later, Smith won the Oscar for lead actor for his performance in King Richard.

Before taking the stage to receive his Oscar, Smith embraced Pinkett Smith. He then apologised to the academy and his fellow nominees -- but not to Rock -- while accepting his award in tears.

“I want to be a vessel for love,” Smith said. “I want to be an ambassador of that kind of love and care and concern. I want to apologize to the academy... But love will make you do crazy things.… Thank you. I hope the academy invites me back.”