Realme X7 Pro could use some work on the camera and software fronts.

The Realme X7 and X7 Pro arrived earlier in February as two of the few smartphones to feature MediaTek Dimensity chipsets in India. In terms of the mid-range, the Realme X7 Pro is as good as they come, with a Dimensity 1000+ SoC, 120Hz OLED display, 65W fast-charging, a 4,500 mAh battery, and a 64 MP quad-camera setup. But how do these top-of-the-line specs translate to real-world usage? Well, stick around and let's find out.

When it comes to design and build quality, the Realme X7 Pro doesn't fit the definition of premium but doesn't seem cheap by any means. The phone has Gorilla Glass 5 protection on the front as well as a glass back. The all-black matte finish kinds of reminds me of the Pixel 4a, where simplicity reigned supreme. The Realme X7 Pro is available in Fantasy and Mystic Black; the former looks edgier, while the latter offers a more subtle look. I'd prefer the black version as I'm not a fan of the "Dare To Leap" branding.

The phone weighs 184g and features a relatively slim body, making it comfortable to grip and use. Realme opts for a polycarbonate frame that feels pretty sturdy, while the physical buttons on the sides are easy to access, making one-hand use easy. The Realme X7 Pro loses out on the headphone, but Realme has added a USB-C to 3.5mm adapter in the box. The X7 Pro's stereo speakers support Dolby Atmos and produce rich and detailed audio. I've gotten so used to Realme's edgy finishes that this subtle glossy black finish seems like a surprising yet welcome change.

From the first time you use the Realme X7 Pro, it becomes pretty evident that the 'display' is one of the major highlights on the device. The X7 Pro sports a 6.55-inch FHD+ (2400*1080 pixels) AMOLED panel with a 91.6-percent screen-to-body ratio and HDR10+ support. The display has a 120Hz refresh rate and a 240Hz touch sampling rate. While the 120Hz refresh rate is excellent, you only have the option to switch between 60Hz and 120Hz, unlike the Mi 10i. Realme claims that the screen has a peak brightness of 1200 nits and a maximum brightness of 800 nits under direct sunlight. There is WideVine L1 certification for HD content as well. I think this is the best screen on a Realme smartphone yet, and the best in this category.

In terms of performance, the Realme X7 Pro is powered by the 7nm MediaTek Dimensity 1000+ 5G chipset with the Mali-G77 GPU. The chip is paired with 8GB of LPDDR4x RAM and 128GB of UFS 2.1 storage. We tested the phone in a few titles, and it had no problem running games with the settings fully maxed out. In Geekbench 5, the MediaTek Dimensity 1000+ managed a single-core score of 777 points and a multi-core score of 2986 points. In AnTuTu, the chip scored a whopping 515,121 overall score, quite impressive. It is worth noting that either the graphics or frame rate could be fully maxed out in Call of Duty: Mobile. I preferred maxing the frame rates and setting the graphics to high rather than very high. I also tested Asphalt 9: Legends, Raid: Shadow Legends, Fortnite, and Shadow Fight 3 on high graphics. The phone did quite well under pressure and stays cool for the most part. The MediaTek Dimensity 1000+ is arguably one of the faster chips from the company and easily outperforms Qualcomm's mid-range 5G chips. In terms of performance, the MediaTek Dimensity 1000+ might not be as fast as the Snapdragon 865, but benchmarks suggest that it is slightly more powerful than the Snapdragon 855+ chip.

For optics, the Realme X7 Pro is equipped with a quad-camera setup with a 64 MP Sony IMX686 sensor with an f/1.8 aperture at the helm. The other three camera sensors include an 8 MP ultrawide shooter, a 2 MP B&W portrait sensor, and a 2 MP macro lens. The hole-punch notch on the front houses a 32 MP, f/2.45 selfie shooter. You can use night mode on both the front and rear cameras, while the main camera can record video in up to 4K resolution at 60fps. Landscape shots on the phone's primary camera capture good details and exposure. HDR also works well with good dynamic range. However, there's visibly less dynamic range when shooting in full 64 megapixels, although it is a good substitute for the lack of a telephoto camera.

When switching between primary to ultrawide, you'll notice a dip in picture quality. And while results are passable in bright outdoor light, there's visible distortion, and in some cases, there's noticeable blurring in images as the sun begins to set. I would only advise using the ultrawide in daylight. The macro camera also requires good lighting, but even then, the results are just about decent. You could always crop a full 64-megapixel image. There's a monochrome sensor that can be used when you select the '06' filter in Portrait mode. To be honest, I wouldn't mind ditching the monochrome and macro cameras if it would help cut costs. 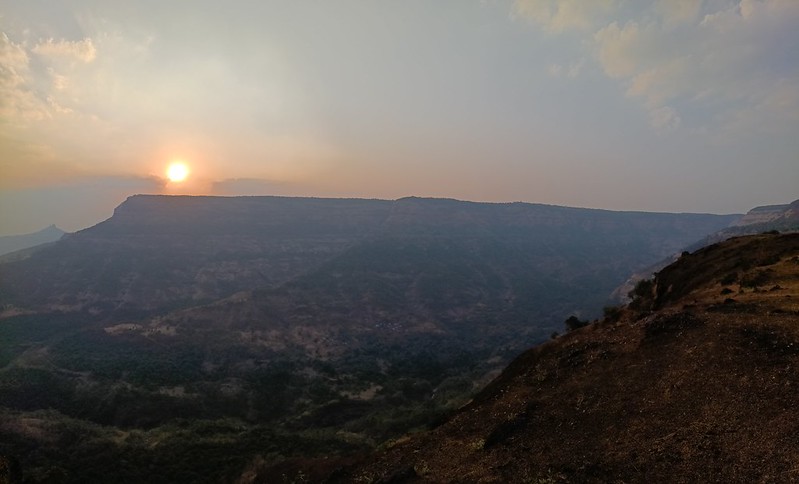 The Realme X7 Pro's primary shooter can deliver good results in night mode if you have sufficient ambient light. Images taken in night mode are quite sharp with less noise. However, noise becomes evident as the ambient light is reduced. Additionally, sharpness also falls apart when you start to pixel peep. Ultrawide night shots are almost always unusable.

The Realme X7 Pro can also record video in 4K resolution at up to 60fps. In my experience, video quality and stabilisation were good, with a decent amount of detail. Additionally, there's an Ultra Night video mode, which results in slightly brighter output. Lastly, the selfie camera takes good shots in the right light. Even edge detection in Portrait mode was accurate for the most part.

The cameras on the Realme X7 Pro follow the same trend as with all Realme smartphones; the primary camera does a great job in bright outdoor light but struggles in low light.

The Realme X7 Pro packs a 4,500 mAh battery that can easily get you through a full day of use, although I set the phone's refresh rate on "Auto", rather than running it on 120Hz all the time. However, getting just about a day's worth of battery life isn't impressive; what's remarkable is the X7 Pro's super-fast charging speed. Realme has bundled the phone with a 65W charging adapter in the box that can fully power up the phone in around 40 minutes. We got about 35 percent of battery life in a 15-minute charge. Battery life on the Realme X7 Pro is nothing to write home about but is definitely above average. And that, coupled with super-fast charging, is a big 'Pro' in my book.

On the software front, nothing much has changed, with the phone running Android 10 with the Realme UI skin. While Realme has begun an early access program for some smartphones, it could be a while before we see the X7 Pro running on Android 11. Not much has changed with Realme UI, there's a good amount of customisation, but not nearly as much as on ColorOS 11. Additionally, bloatware and push notifications are a constant issue. However, you can uninstall a lot of junk apps, while notifications can be disabled from their respective app.

When it comes to flagships, the Realme X7 Pro doesn't seem to cut it. However, given the Realme X7 Pro's price (Rs 29,999), it does seem to offer one of the best experiences of any phone in the segment. The display, performance, and charging speed on the X7 Pro are unrivalled among other phones in this segment. Additionally, battery life is well above average and more than meets the all-day standard. In daylight, camera quality is quite good, although consistency across the main and ultrawide cameras was a problem and Realme still has trouble with low light photography. The software was also a bit of a letdown. But on balance, the Realme X7 Pro certainly has all the makings of an excellent sub-30K smartphone, probably the best overall.