A more united Opposition could have resulted in a significantly different tally in Maharashtra and Uttar Pradesh, among other states

The National Democratic Alliance (NDA) on May 23 registered a massive victory in the 2019 Lok Sabha election, winning over 350 seats to retain power. The Bharatiya Janata Party (BJP) itself won over 300 seats — its highest tally ever.

In the process, the NDA swept multiple states such as Gujarat, Rajasthan, Delhi, Uttarakhand, Himachal Pradesh and Haryana, among others. The ruling alliance also performed well in states like Maharashtra, Assam and Jharkhand.

The Opposition failed to win a single seat in all of the aforementioned states.

However, data from the Election Commission of India (EC) shows that a more united Opposition could have stopped this sweep.

In fact, in states like Maharashtra and Uttar Pradesh, the tally would have been affected significantly. It would have also lowered NDA’s overall tally.

Also read: What the result means for upcoming Assembly polls

Had the Samajwadi Party (SP)-Bahujan Samaj Party (BSP)-Rashtriya Lok Dal (RLD) alliance tied up with the Indian National Congress and its ally Jan Adhikar Party (JAP), they could have won nine more seats in Uttar Pradesh.

In reality, BSP and the SP won 10 and five seats, respectively. The BJP-Apna Dal alliance won 64 out of the 80 seats in the state. Congress won one seat — United Progressive Alliance (UPA) chairperson Sonia Gandhi’s Rae Bareli.

In nine constituencies — Badaun, Banda, Barabanki, Basti, Chandauli, Dhaurahra, Meerut, Sant Kabir Nagar and Sultanpur — the combined tally of the Congress (or its ally JAP) and the ‘Mahagathbandhan’ would have been greater than that of the NDA candidates.

It would have also meant a loss for Union Minister Maneka Gandhi from Sultanpur. 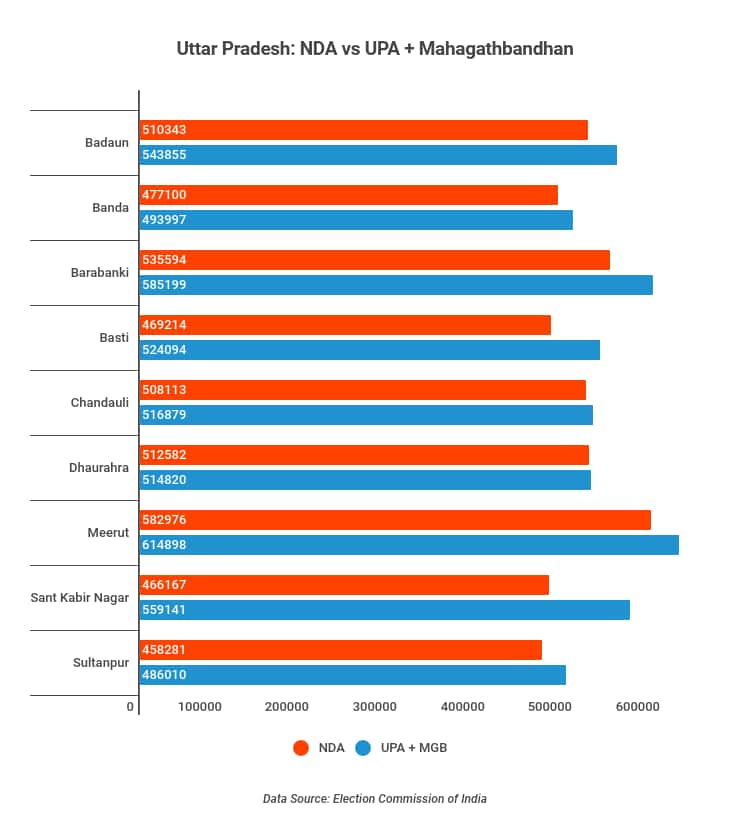 Also read: It's a bumpy road ahead for regional parties

The outcome of at least seven Lok Sabha seats here would have been different had the UPA allied with Prakash Ambedkar’s Vanchit Bahujan Aghadi (VBA).

In seven constituencies — Buldhana, Gadchiroli-Chimur, Hatkanangle, Nanded, Parbhani, Sangli and Solapur — the combined tally of the UPA and the VBA would have been greater than that of the NDA candidates. 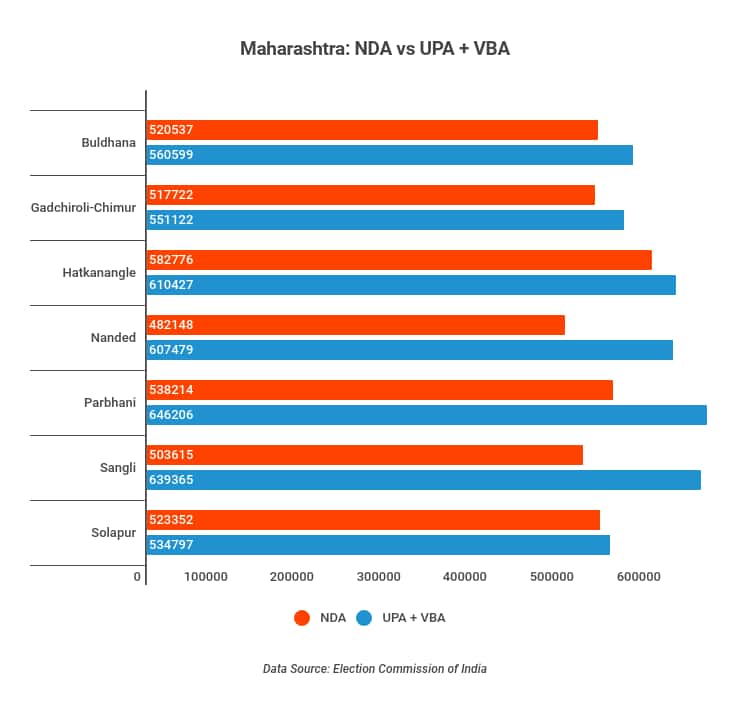 Also read: What the result means for BJP's allies

Similarly, in Haryana’s Rohtak, the Congress-Jannayak Janata Party (JJP) would have defeated the BJP. Congress’ alliance with the BSP would have also yielded a similar result. 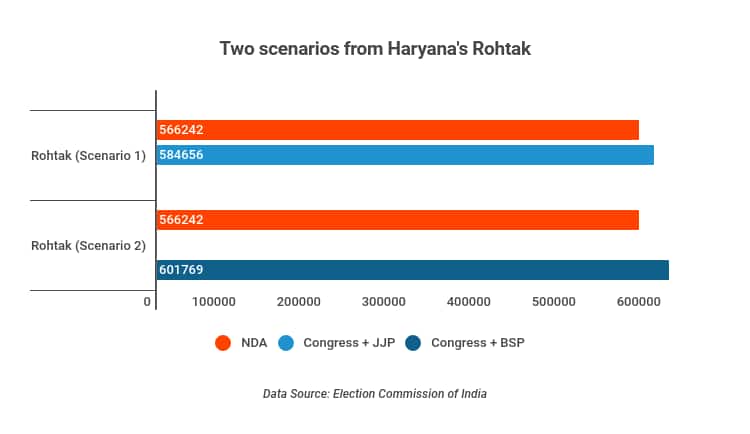 In Assam, the BJP candidate in Karimganj would have lost if the Congress had allied with Badruddin Ajmal’s All India United Democratic Front (AIUDF).