Opinion | For the Companies Act, change is the only constant

The story is apocryphal, but the messaging is clear. A person who approached a bookseller for an updated copy of the Companies Act, 2013, was told that no such thing can exist for long, because there are always amendments in the pipeline.

Enacted in 2013, after several versions had been considered and perhaps discarded along the way, the Companies Act, 2013 (the Act) was expected to be a statute that would not need revisiting for a reasonable time. Even before the ink was dry, the clamour commenced for making significant and substantive changes in several provisions of the Act. Since then, committees have come up with several suggestions, some of which have found their way to the statute books, introducing, in the process, a sense of discontinuity. This exercise goes on.

On November 2, some provisions of the Act were amended, through an ordinance, based on recommendations of yet another committee. Some other recommendations have been put out in the public domain for consultation. How much of such feedback finds its way into the statute is a story for another day. 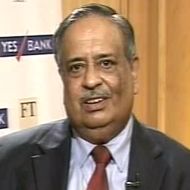 One of the major changes suggested is the proposal to cap the compensation of independent directors (IDs) by tweaking the definition of ‘independence’. This proposed amendment is premised on the understanding that if a significant portion of a person’s income from all sources is attributable to one company, her/his independence should be deemed to have been sacrificed. The folly of defining independence in terms of pecuniary compensation is being persisted with. That such a provision will deny companies the services of experienced persons with smaller annual incomes seems to have been lost sight of. Equally, the opportunity to reward or compensate directors based on their contribution to the company has been lost, striking at the root of board contribution to the company’s prospects. Legislating for independence of mind is clearly a laughable idea.

The accompanying clause provides for an assessment by “such body or institute” to determine the suitability of persons for appointment to board positions. The use of the word “institute” is a clear giveaway, since it does not take too much effort to see this as providing a revenue stream to an institute that has failed to take off. It is reasonable to presume that any formal assessment by an institute would be on the basis of a person’s understanding of the provisions of law and regulation and would have hardly any input by way of boardroom behaviour and other non-statutory attributes which a person should bring to the board. Clearly, this is a solution out of sync with the reality of the boardroom.

On the specious assumption that IDs do not have enough work to do, they have been given the responsibility of filing copies of resignation along with detailed reasons therefor to the Registrar of Companies (ROC). It is not clear why the present arrangement of the resignation letter, with reasons therefor, being given to the company, and by the company to the exchange, is considered inadequate. The responsibility for filing a copy of the letter with the ROC could very well have been given to the company, rather than to the ID.

More serious is the proposed proviso that the resignation of the ID shall take effect from the 30th day from the date of receipt of notice by the company. If the intention is to ensure that the ID remains accountable, this provision is unnecessary, since accountability for acts and omissions during the period of directorship will survive the directorship of the individual. Earlier, prior to the coming into force of the Act, an ID was at the mercy of the company which had to accept his/her resignation, for it to take effect. The change to give it immediate effect from the date of receipt of communication by the company, was a salutary provision, which is now sought to be taken away for unknown reasons. This seems even stranger when the law continues to provide that the resignation of non-IDs shall take immediate effect.

Legislation as a response to, or an outcome of, a single episode in the corporate arena, is a kneejerk reaction that is best avoided. It is no secret that Schedule IV of the Act owes its existence to the Satyam debacle. The present consultation paper contains a proposed amendment, which is clearly a response to the IL&FS imbroglio. Section 241 of the Act is proposed to be amended to provide for action against “persons concerned in the conduct and management of the affairs of a company.” Action will be triggered if there are reasons to believe that the person is guilty of fraud, misfeasance, persistent negligence or default in carrying out his obligations and functions under the law, or breach of trust. A prima facie conclusion of the existence of guilt is a condition precedent to action to be taken.

The next sub-clause provides that the central government may make an application to the tribunal if in the opinion of the central government there are circumstances suggesting “that the business of a company is not or has not been conducted and managed by such person in accordance with sound business principles or prudent commercial practices.”

In effect, this hinges on the forming of the opinion that there are circumstances suggesting imprudent practices or unsound business principles.

It is always possible to conclude with the benefit of hindsight, that commercial decisions that have gone wrong are unsound or imprudent decisions. Adequate safeguards need to be provided before such a sweeping provision is given effect to. It is fairly easy to accuse the managements of a large number of companies of taking decisions that are unsound or imprudent. The mindless application of such a provision in a trigger-happy environment can be destabilising.

The draft put out for consultation also has an excellent example of terrible draftsmanship. The proposed Section 241(4) reads as follows: “The person against whom a case is referred to a tribunal under sub-section (3), such person shall be joined as a respondent to the application.” The words “such person” are clearly superfluous.

Perhaps anticipating the stricter provisions that are on the anvil, IDs are exiting boards at the pace at which middle order batters in the Indian women’s cricket team have been exiting the crease. The stated reasons are mostly the inability to commit quality time to the affairs of the company. One wonders whether so much time was needed to come to the conclusion of the inability to commit quality time. That it should happen, at least in one known case, within a year of joining the board, is disturbing.

As the bard said “Mischief thou art afoot. Take what course thou wilt.”