The inauguration took place on the birth centenary of Pandit Deendayal Upadhyaya.

Then PM Manmohan Singh had named the building 'green-building' after former prime minister Rajiv Gandhi while laying the foundation stone in 2007. 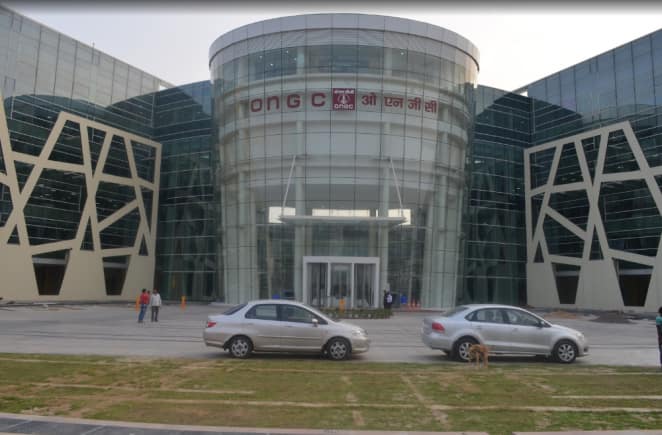 Here are some of the features and accolades received by the swanky new office space:

The building has been built at a cost of around Rs 600 crore and was earlier supposed to house the corporate office of ONGC's overseas subsidiary ONGC Videsh.

The 'green structure' had in February this year, received LEED Platinum award from US Green Building Council — the highest recognition for sustainable building design.

It is registered as a Clean Development Mechanism (CDM) Project under the United Nations Framework Convention for Climate Change (UNFCCC), with Carbon Emission Reductions (CER) of 5,944 metric tons of CO2 equivalent per annum.

The office consumes almost half of the energy consumed by normal office spaces per square feet and uses 36 percent less water per capita than normal commercial buildings.

ONGC claims that little above 76.5 percent of the occupied building space is lit by sunlight.

Since its inception, ONGC has been headquartered at Tel Bhavan in Dehradun, Uttarakhand.