The home page of these websites showed an ‘Error 503’ message

The home pages of these websites facing an outage showed an ‘Error 503’ message (Representative image: By asharkyu/Shutterstock)

Several major websites were facing a global outage on June 8. The home pages of these websites showed an ‘Error 503’ message.

Websites of the United Kingdom government, Reddit, video live streaming Twitch and those of major news outlets such as The New York Times, BBC News, The Financial Times and The Guardian were not accessible.

A glitch at content delivery network provider Fastly was thought to be the reason behind the global outage, according to news reports.

In an earlier update it said, “We are continuing to investigate this issue,” referring to the incident as a “Global CDN Disruption”.

“The issue has been identified and a fix is being implemented,” Fastly said at 4.14 pm IST.

About 13 minutes later, the company said that “a fix has been applied”. However, it added that customers “may experience increased origin load as global services return”.

Fastly, a cloud computing servics provider, was founded by Artur Bergman in 2010. The company went public in 2019. 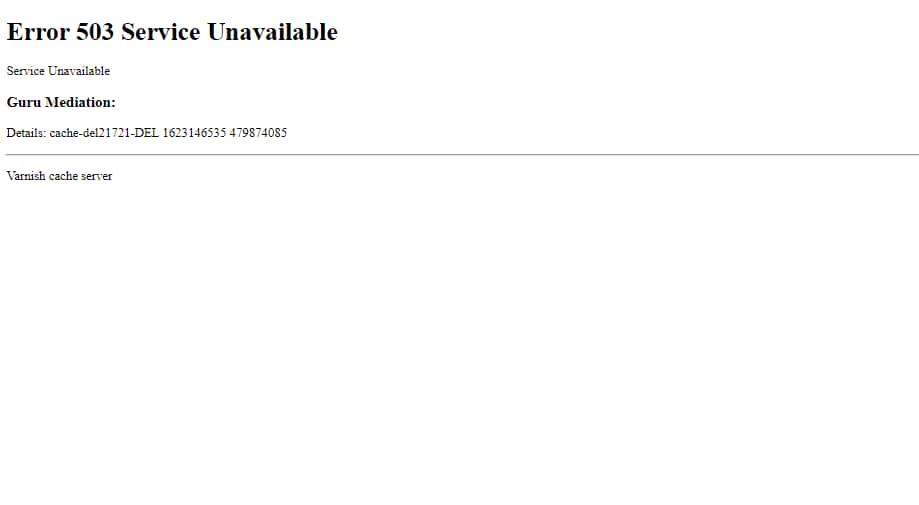 The ‘503 Service Unavailable’ message refers to an error response code indicating that the server is not ready to handle the request. Common causes are a server that is down for maintenance or that is overloaded.