Veterans Unpacked | I didn't retire. I was thrown out by my son: Vijaypat Singhania

Vijaypat Singhania, the former chairman of the Raymond Group, on what he has been up to since retirement, what he does to keep himself busy, what he misses about the C-suite, advice to the younger crop of leaders and more.

Note to readers: How ​do corporate leaders surf life after hanging up their boots? What do they do next? What are the lessons they learned in their eventful journeys? What advice do they have for the current crop of leaders? Veterans Unpacked is a new series of interviews aimed to offer readers lessons from retired bosses on life outside the corner office.

Vijaypat Singhania, the former chairman of the Raymond Group, has donned many hats. He was Sheriff of Mumbai, management professor, author and a commercial aviation pilot ––he captained flights for free for airlines. He also started a newspaper called The Indian Post in the mid-1980s. As an adventure aviator, he set a world record for flying alone from London to Mumbai in a microlight aircraft and another for the highest altitude gained in a hot-air balloon.  Singhania, 82, says the key to building successful companies is getting employees, stakeholders, and management to all believe in one collective vision.  "If your people don't believe in you, then the business you're in, is not worth running," he said in an interview with Moneycontrol. Edited excerpts.

What have you been up to since hanging up your boots?

Actually I didn’t retire as such. I was forced out of my company, because I gifted my company my wealth away to my son. People would ask American president Abraham Lincoln how do you judge a person’s character? His answer was simple. Hand them power and watch how they behave. Otherwise, I spend a lot of my time in legal cases and arbitration and hopefully in the near future it will all be over. I'm always talking to lawyers nowadays.

What keeps you busy now?

My life as I knew it has become history. I used to play the flute, I used to fly, I was deeply involved in horse racing, on the committee at the Turf Club for many years and owned seven or eight horses. I loved it till it became very dirty and I don’t think it ever cleaned up. Betting became illegal and since there were very high taxes it became one official rupee to four unofficial rupees and then it became one official rupee to 90 unofficial rupees and now I don't know what it is. I enjoyed racing for quite some time. I do listen to music of course, especially classical Indian and western.  I also watch a lot of Netflix action shows. I also enjoy a drink or two in the evenings. I find myself enjoying Old Monk rum which by the way is the lowest priced alcohol in that bar you see.  I started with the brown round bottle. It's what I can afford but I also like Glen Livet. I am happy as one can be. When you start wishing for more, it becomes less. It's taken me a long time to adjust to my new way of life.

Looking back, can you tell us three interesting events or anything that has stayed with you since?

I learned a few things from my predecessor GK Singhania - high punctuality, discipline at work, treating employees like family which I learned from my father. My father also taught me that when you commit to something don’t ever back out. I would show him legal documents and he would say that what is spoken is worth much more than written documents and that became part of my life.

I met Khan Abdul Ghaffar Khan whom we also knew as ‘the Frontier Gandhi’ I went to interview him for my newspaper, The Indian Post.  I was impressed by him and the way he conducted himself even at his late age.

What you miss most about the C-Suite?

I think what I enjoyed was the feeling of respectability amongst my peers because of the way I ran my business. It wasn’t because of the amount of money I had but for the values I was known to have. Even after I left my business I remember that the folks I met with had a sense of regard and that’s what made a big difference in my life when I was in the C-Suite. If I said something people would believe it. My friends - Narayan Verma, Nana Chudasama... when out at the Willingdon Club for a drink on a Sunday afternoon, and there was a difference of opinion, Nana would say, “No use arguing, ask the old guy who’s a storehouse of useless information. If he says it’s true it is." I miss that. I also miss the one on one relationships with senior people at Raymond.

I was forced out of my company, because I gifted  my company my wealth away to my son
- Vijaypat Singhania

If you had to relive your corporate career again, what would you do differently?

First, I'd never give all my wealth in my lifetime to my heirs but would leave it to them in my will.  In retrospect maybe I would have tried a different business but I had also gotten very deep into aviation. I had a few world records, and was flying without salary for East West Airlines, Damania Airways and Alliance Air and also Sahara. It took a lot of time and I think my business suffered some but I had a lot of fun. I used to fly in the evenings to late night and work in the morning sometimes half asleep. That’s one thing I may have changed and not done. Either you work, or you pursue your hobby… I used to work 8-10 hours a day and fly 5 hours a day so I'm sure the business suffered. 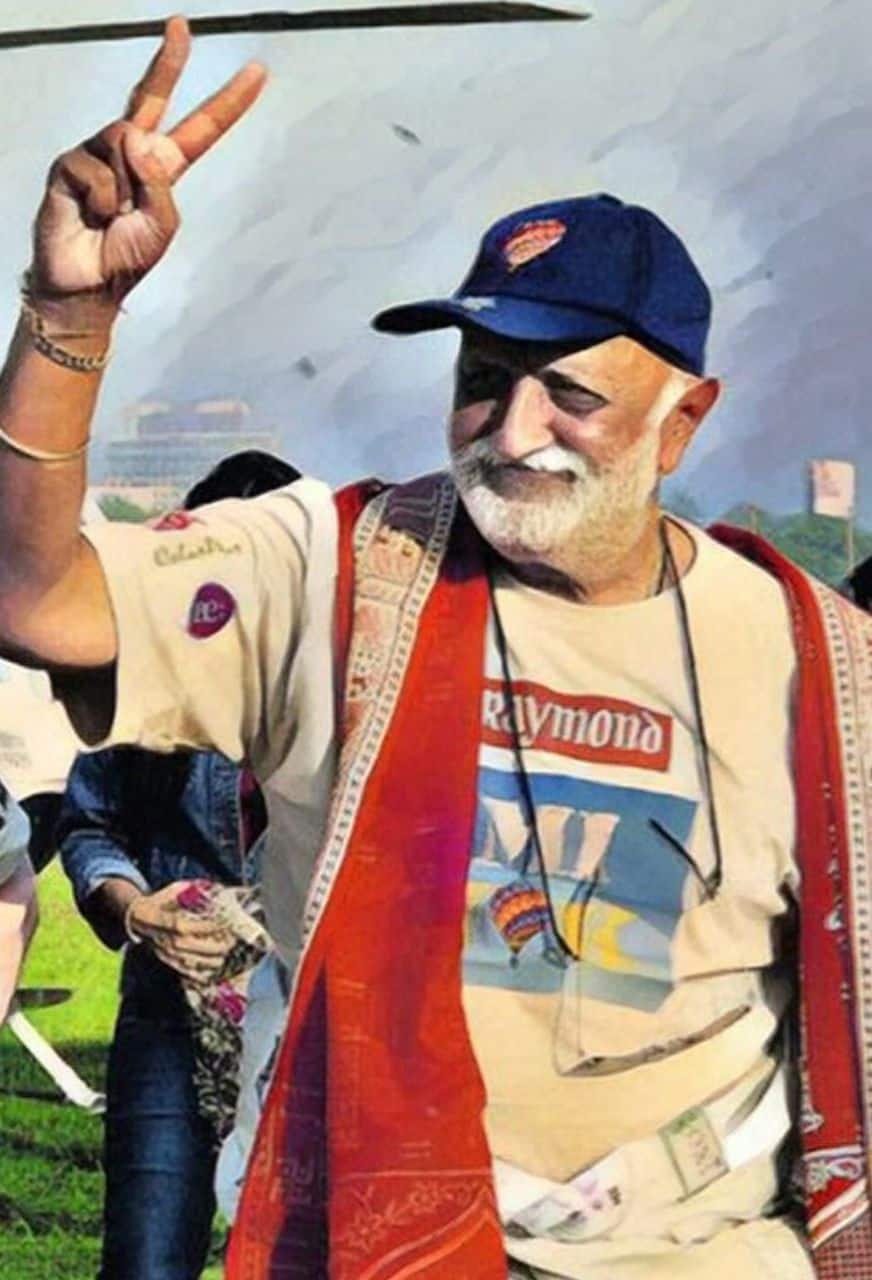 What are the changes in the corporate world that you see now that are vastly different from your time?

The definition of values, honesty. Values don’t exist today. Even definitions have changed. The respectability of a family has finished. If my father would want to speak to me, I wouldn’t dare to sit. I would stand, and he would say what he had to and then I would leave. So there was a different definition of the role seniors, elders, and parents occupied. For those who have been through it, the change is extremely painful. There’s nothing one can do when one has given one’s power away. I don't miss power but I regret giving it away. Power does give you the right to make the final decision, even if it is the wrong one. Someone has to call the shots. Also overall, India was a better place in my time. I’m not saying there was no corruption but it wasn’t as much as now.

Which business leader from the current crop who impresses you?

I don’t know Ratan Tata very well but what I know of him I regard highly. I knew JRD (Tata) much better and I was most impressed by him. I got to know him when I was flying a Microlight aircraft solo from London to Bombay. He told me to have my people send him a daily newspaper report of my flight every single day and even though he didn’t know me from Adam's then, it showed me how deeply he cared about aviation. I know Kumar Mangalam Birla a little and not very well but he’s also a decent guy. He’s not necessarily the biggest but he’s in a different class from most others.

How did you plan for life after retirement?

I don't miss power but I regret giving it away

Please don’t say retirement. I didn't retire. I was thrown out by my son. I gave him everything and he used it like a gun.  I was a professor at the Bajaj Institute and taught financial management but it took the heck out of me. I had to prepare for several hours for a 45-minute lecture. It was very tough. Those were my basic rules. Tell them something they don't know, tell them something they want to know and tell them in a language they can understand.  Otherwise this room you see around me is my world now. 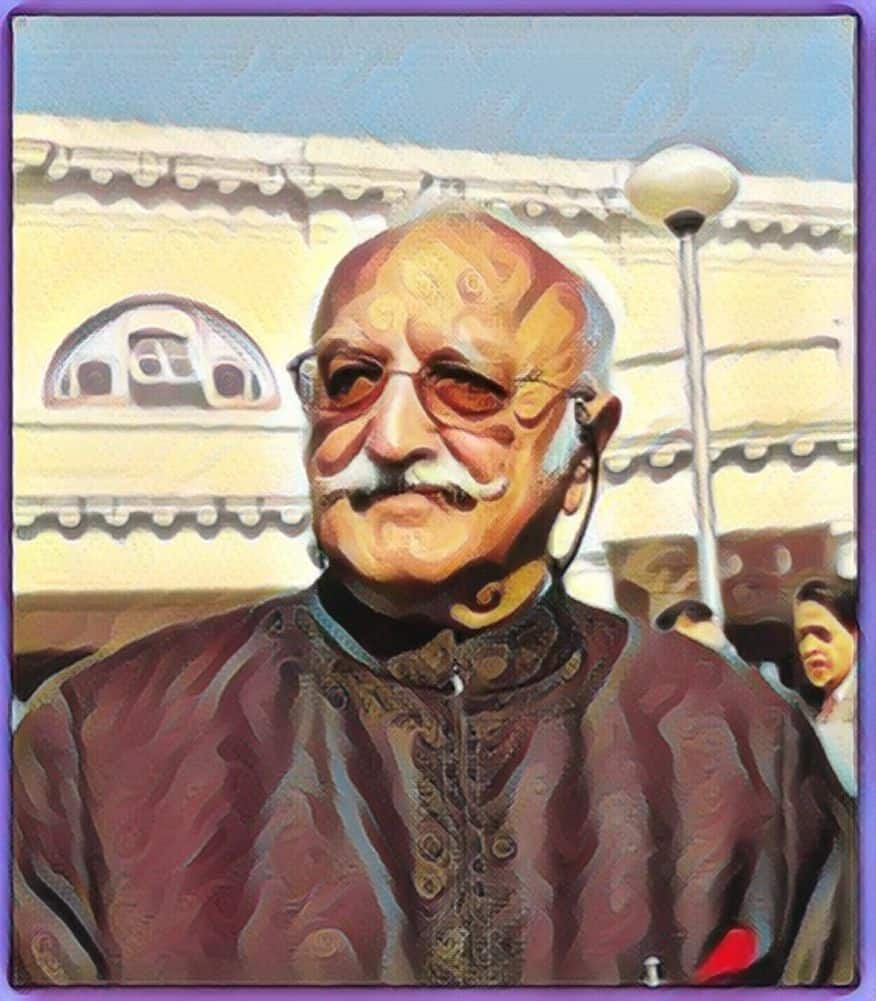 Is there anything that you would tell your younger self?

I would say be honest to yourself, your employees, your shareholders if you want to expand, do it slowly and not fast. Make the business firm. Make your people believe in you. If your people don't believe in you, then the business you're in is not worth running.  And, don’t fool yourself, it's the hardest thing to do  –– even though some do it very well.

What is your advice for the next cadre of corporate leaders?

There are many ways to earn money - ethically and unethically and you always have a choice and I don't believe that you can only survive if you do things unethically. Of course, I come from a different generation altogether.
Pavan Lall is a senior journalist based in Mumbai.
Tags: #Interviews #MANAGEMENT INTERVIEWS #Raymond Group #Veterans Unpacked #Vijaypat Singhania
first published: Dec 31, 2020 02:42 pm