The man behind the sky-rocketing value of BCCI broadcast rights

His audacious bid of Rs 2,775 crore in the March afternoon in 2006 will go down in history as the reason behind the stupendous rise in value of BCCI's broadcast rights.

It won't be an exaggeration to call Harish Thawani a 'maverick'. Having managed to outbid heavyweights like ESPN-Star, Sony and Zee in the fierce battle for rights to telecast matches of the Indian cricket team on home soil more than a decade ago, gut-feeling surely must have prevailed over business sense.

His audacious bid of Rs 2,775 crore in the March afternoon in 2006 will go down in history as the reason behind the stupendous rise in value of BCCI's broadcast rights.

From then on, aggressive bids by broadcasters have ensured that the BCCI always gets to hawk maximum moolah.

In 2020, Thawani is not remotely associated with sports broadcasting. The former Chairman/CEO of Neo Sports and at present, founder of The Indus Club, an exclusive club for the rich and famous, has in the past decade seen established entities like Star and Sony dominate a genre in which he used to call the shots.

His firm Nimbus Communications, once primed for an IPO, went bust due to factors ranging from impact of recession to souring of ties with BCCI mandarins.

Now watching from the sidelines, Thawani does not believe that digital platforms will trample the traditional TV viewing mode.

"So far, digital platforms in India have largely done simulcasts and are playing the role of catch up to television. Until we see the arrival of digital-first sports platforms, I believe we will remain a TV dominant ecosystem," he told Moneycontrol. 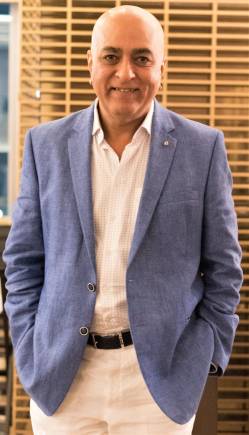 Neo's fall coincided with Star upping its game. Starting with the acquisition of BCCI rights in 2012 and then buying out Walt Disney's stake in the erstwhile ESPN-Star JV, the Uday Shankar-led Star India strutted its financial might to help kickstart a sporting revolution in the country.

When asked about Star's deep-pocketed investments and their approach, Thawani points that he would have had taken a different approach.

"Uday has actually done an incredible job of furthering their sports business. The only two missteps they may have taken (and who doesn’t) was overpay for niche sports like badminton and let go of their first option for renewal of Australian and English cricket rights, which allowed Sony to get back in the game," he said.

Apart from cricket, Thawani also tried to inject glamour into hockey by launching World Series Hockey with much fanfare in 2012. But it failed to make an impact and died a quick death due to factionalism in the game's governing body.

According to Thawani, poor governance, inadequate infrastructure and a disproportionate sense of own importance on the part of sports federations are the reasons behind the lack of proper utilisation of commercial avenues by non-cricket bodies.

So, what does he think about the 'Khelo India' movement?

Thawani feels the government must walk the talk in this context.

"Slogans don't make a sporting nation. Participation does and that requires vision, investments in infrastructure and dedicated execution," he said.

Industry observers were once in awe of Neo's rise to the top. The slide was equally dramatic.

Where did he go wrong?

"Having achieved the No.1 sports network slot by all-India full year ratings within two years of launch, we should have pressed ahead with more investments instead of consolidating. Also, we could have managed the politics of sports better," Thawani rued.

His current venture, The Indus Club, located at One BKC in Mumbai, is keeping him busy nowadays and he is making expansion plans.

"The Indus Club is at the confluence of business leadership, sports, entertainment and culture. I am focussing on expanding the brand to Bengaluru and NCR this year," he said.

So, does he still harbour ambitions of returning to his old stomping ground?

"Don’t have immediate plans but anything can happen. Many sportsmen come back after retirement! Never say never," he signed off.

With Thawani and his track record, one can never predict what he is planning. Till then, the sports broadcasting industry will continue to be shorn of his dynamic ideas.Get access to India's fastest growing financial subscriptions service Moneycontrol Pro for as little as Rs 599 for first year. Use the code "GETPRO". Moneycontrol Pro offers you all the information you need for wealth creation including actionable investment ideas, independent research and insights & analysis For more information, check out the Moneycontrol website or mobile app.